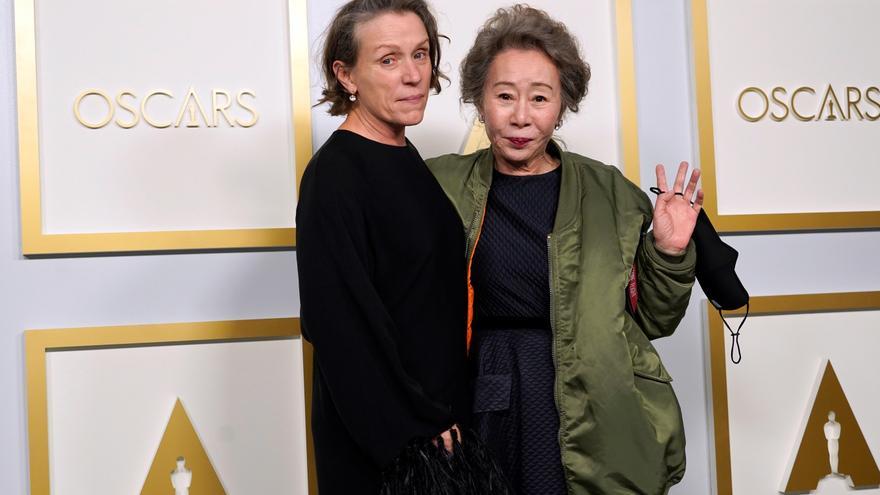 Los Angeles (USA), Apr 25 (EFE) .- The expectations that the Oscars had created for weeks about the formula with which they would avoid the pandemic were not reflected in a gala with little rhythm, which maintained its usual format in miniature and in which fiery racial protests stood out.

The producers had promised a ceremony that would be like a live movie, but the only cinematic moment in its nearly four hours of broadcast was the long sequence shot of Regina King entering Union Station, Los Angeles central station, which served as the venue. alternative.

The change of scenery and its reduced capacity of 170 guests, instead of the more than 3,000 that the Dolby Theater in Hollywood hosted each year, were the only clues that indicated that they were the Oscars of the coronavirus.

Everything else was kept as a regular gala: Barely masks were seen, there were many hugs and the applause sounded as the winners went up to collect the statuette instead of smiling over a video call.

That was the great goal of Steven Soderbergh, the filmmaker chosen by the Hollywood Academy to create a gala so measured and structured that it left very little room for spontaneity.

A MEASURED GALA AND WITH FEW SPONTANEITY ARRANGEMENTS

Glenn Close’s perreo to the beat of “Da Butt” after losing the Oscar for the eighth time was one of the few moments that raised the laughter of the public, who also surrendered to the speech of Yuh-Jung Youn, winner of the award for the Best Supporting Actress for “Minari.”

As soon as she arrived on stage, the first thing the 73-year-old South Korean said was that she was “delighted” to finally meet Brad Pitt, the man in charge of delivering that award, even if he had mispronounced his name. “But tonight you are all forgiven,” he assured.

Before, Daniel Kaluuya’s mother starred in one of the best shots of the night while her son collected the award for best supporting actor.

“We are breathing, we are walking. Life is amazing. Like my mom and dad, they had sex, it’s great! I’m here. I’m so happy to be alive and I’ll celebrate tonight,” he recounted as she listened with an expression of no understand absolutely nothing of the speech.

Frances McDormand also left viewers speechless after being snatched away with a wolf howl when collecting the award for best actress for “Nomadland”: “One day very soon, take everyone you know to a movie theater, shoulder to shoulder in that dark space. And see all the movies that are represented here today, “he asked before.

It was one of the few mentions of the pandemic that has done so much damage to cinemas around the world.

“RETURN TO THE CINEMAS”

To encourage audiences to return to theaters, the Oscars did something unusual and presented the trailers for the new “West Side Story,” directed by Steven Spielberg, the musical “In the Heights,” by Lin-Manuel Miranda, and “Summer of Soul” by Questlove.

All of them preceded by a speech in which the protagonists told their best memories in the cinema. It was the way to redeem themselves for some Oscars who for the first time had to admit films that had not been screened in theaters to a competition.

But Bryan Cranston was in charge of remembering that everything will return to normal: “We will be back next year,” he said from a completely empty Dolby Theater.

Harrison Ford’s reading of the negative reviews “Blade Runner” received for “boring, pointless, confusing and making people fall asleep” completed the tributes to the art of making movies and going to the movies.

THE OSCARS DO NOT FORGET ABOUT MINEAPOLIS OR POLICE VIOLENCE

Regina King was the first face to appear at the Oscars and it only took a few minutes to remember the police violence in the US, something that was taken up by Travon Free, Tyler Perry, HER and other winners.

“It’s been a tremendous year, and we’re right in the middle. And I have to be honest: if things turned out differently in Minneapolis last week, maybe I would have traded my heels for protest boots,” said King About the trial the police who killed George Floyd.

Perry, who received the Jean Hershol Humanitarian Award, recalled his humble origins, mentioned his time as homeless and highlighted the great lesson he learned from his mother, a southern woman who grew up under harsh conditions in Mississippi.

“She taught me to reject hatred and general judgments,” he said, extrapolating that teaching to what is appreciated today on social networks.

The struggle to increase diversity in Hollywood was a constant in some awards that instead of being criticized on social networks for being too white (#Oscarssowhite), some ugly that they were so conscientious (#Oscarssowoke).

But even if Cranston said everything will be back to normal next year, some changes are here to stay.