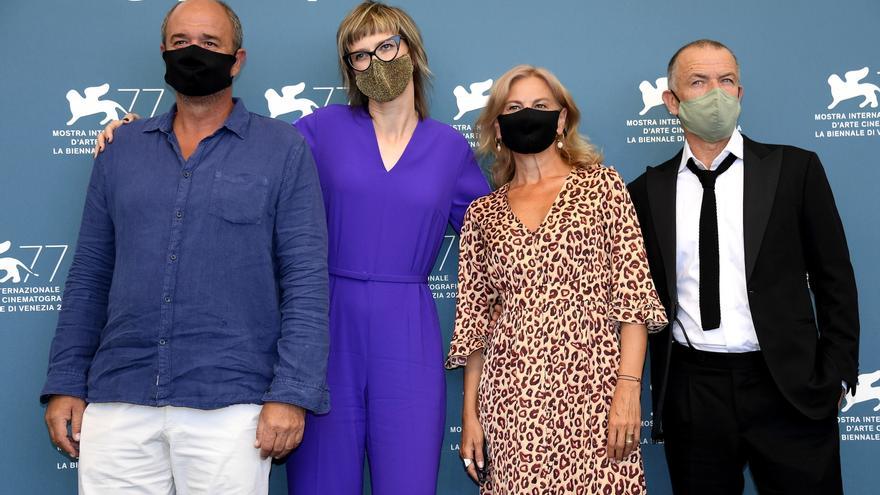 Miami, Mar 14 (EFE) .- The war drama “Quo Vadis, Aida?”, By Bosnian director Jasmila Zbanic, and the documentary “The Cuban Dancer”, by Italian-Nicaraguan director Roberto Salinas, won the main awards this Sunday of the thirty-eighth edition of the Miami Film Festival, which concludes today.

The Bosnian film won the Festival’s top prize, the $ 25,000 Knight MARIMBAS Award, in an international competition for new narrative feature films that “best exemplify the richness and resonance for the future of cinema.”

The Bosnian film was also selected by film critics as the winner of this year’s René Rodríguez Critics Award, the contest said in a statement.

Zbanic, who was twice nominated for the recent BAFTA British Film Awards, leads this film about the plight during the war of a UN translator in Bosnia and Herzegovina.

“Quo Vadis, Aida?” She is among those shortlisted for the Oscar for international film, and this Monday it will be known if she is among the five finalists.

“The Cuban Dancer,” in which Salinas addresses the migration between Cuba and the United States as seen through the eyes of an emigrant dancer, won the $ 45,000 Knight Made in MIA feature film award.

The award is given to a feature film that has a substantial portion of its content in South Florida and that best uses its story and theme to achieve “universal resonance.”

Henry Rincón’s Colombian film, “La Ciudad de las Fieras”, which premiered worldwide at the festival, which this year had a hybrid format due to the pandemic, won the Ibero-American Feature Film Award, also valued at $ 10,000.

Another of the featured films at this Florida festival and one that is among the semifinalists for the Hollywood Academy Awards is “The Present”, a short film directed by Farah Nabulsi, who won the Miami International Short Film Award.

In addition to these awards, and others that were announced this Sunday, next Tuesday the contest will announce the winners of the Documentary Achievement Award and the Audience Award for Feature and Short Film, determined by the public vote.