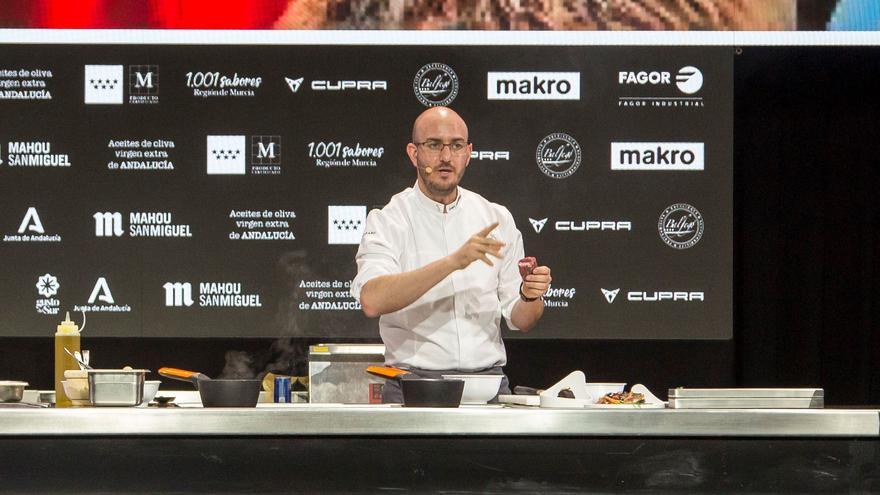 Quito, Jun 2 (EFE) .- Quito's gastronomy is delivered to the Spanish and to the world through two initiatives aimed at promoting the dissemination of Andean flavors and with them building bridges on both sides of the Atlantic and encouraging tourism to the country in the post-pandemic.

One of the initiatives was presented this Wednesday at the prestigious Madrid Fusión, with a conference and Andean tasting menu by chef Juan Sebastián Pérez, an event that began in parallel with the "Summer Quito" festival in the capitals of both countries.

The latter is a festival for the "activation of Quito and Ecuadorian flavors", and that in its slogan combines a play on words between the popular Spanish "tinto de verano" with the name of the capital, Quito.

For the program, several restaurants from Madrid and Quito have been enlisted, which from this Tuesday until the end of the summer include Ecuadorian dishes on their menus, combining for example the red wine with the Quito locro.

"We wanted to bring the two worlds together, two opposite but interconnected worlds," Ecuadorian chef Héctor Tapia told Efe, who generated this idea with the Association of Ecuadorian Chefs in Europe and the association of hoteliers in Spain.

Tapia, who has been working on this and other culinary interconnection projects for eight years, explained that there is still an "identity problem" in which the Ecuadorian is seen in Europe as a migrant, "but not for haute cuisine."

A circumstance that this festival tries to change so that dishes such as "encebollado", "fritada" or "bolón de verde" become part of the best gastronomic and cultural message of Ecuador.

The Festival plan thus includes exhibitions of products and techniques of Quito's cuisine, recipes, spices, cooking tricks and tales of old Quito, that place where the recipes that now, the most powerful chefs in the country, try to present to the world with an edgy twist.

In this integration process, explains the chef, it is necessary both a search for substitute products available in each market and, sometimes, the "translation" of names, so that the "yapingacho" becomes "potato pancakes with chorizo "or the" fritada "an" Iberian crunchy ".

"Summer Quito" will allow Ecuadorian chefs on both sides of the Atlantic to share anecdotes that come from the same place: the taste of grandmother.

Each of the restaurants participating in the project will thus have two entrees, two main courses and two desserts inspired by the Middle of the World, building a bridge between the capitals of the two countries.

Dishes that can revolve around beer, potatoes and other distinctive flavors of Ecuador, bringing together "the traditions of the Ecuadorian capital with the Madrid avant-garde," according to Tapia, owner of the Casa Manuela restaurant.

A festival that has been projected to begin with the conference given by chef Pérez at Madrid Fusión, the most important gastronomic congress in the world.

Owner of the Quitu restaurant (ancestral names of Quito) and ambassador of Quito gastronomy, Pérez has shared the stage with renowned chefs from around the world, with a session dedicated to "Culinary Identity".

With an almost obsessive cuisine committed to the best product and especially to the producer, as presented in Madrid, this chef highlighted the Ecuadorian pantry to enhance the most deeply-rooted traditions.

Trained in Lima and with a very technical cuisine, he exposed the culinary identity of the "Country of the four worlds" (Sierra, Costa, Amazonia and Galapagos), with different products from Europeans such as llama, guinea pig (in the Andean diet for 7,000 years, he said), catzo beetle or papa puca shungo, which were previously abandoned on the ground and now have been recovered for the kitchen.

But also mashua, capulí, or pata muyu (macambo, white cocoa), were other products that stood out from the "chakras" (Andean garden) and that, in his opinion, build the national culinary identity.

Because for Pérez, "farmers are his source of emotional and creative inspiration", to the point of being the true protagonists of his dishes.

At Madrid Fusion he prepared a tasting menu based on five or six references of local harvest, such as corn, "potatoes", mashua and certain tubers, complemented with sustainable artisanal fishing.

With them "he summarized the work of three communities each on a plate" through which he told his story and lifestyle, as he usually does with the customers of his restaurants.