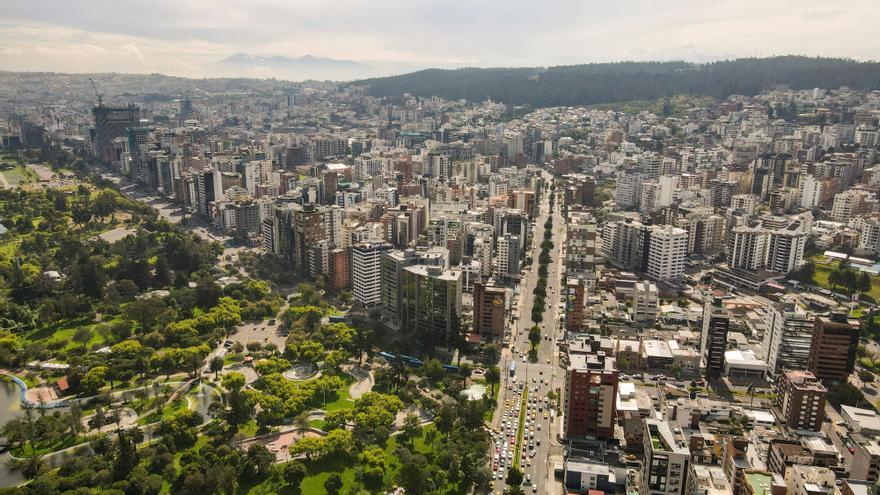 Quito, Jun 17 (EFE) .- Quito, the first American capital to be declared Cultural Heritage of Humanity by UNESCO, is a magical city nestled in the Andes, which can be admired from the very sky and through its syncretized temples by time.

But, without a doubt, the best thing about Quito "is its people", because they are "friendly and affectionate with the visitor," the tourist guide José Luis Rodríguez told Efe, who considered that this city has great potential to become a destination unavoidable for foreign tourists.

According to him, all you have to do is get to the Plaza de la Independencia, in the heart of the historic center, and go to the domes of the Metropolitan Cathedral, to start seeing Quito from above.

Another of the iconic viewpoints in the center of Quito is El Panecillo (colonial name, at the top of which stands the sculpture of a giant virgin (that of Lergarda) on an Inca monument, in a clear example of the cultural syncretism of the Andes.

The 41-meter-high sculpture sits in a world sphere that seems to emerge from the Inca building, and from where the tourist can observe the greatness of the Ecuadorian capital.

Almost in front of the Panecillo rises another small hill of 2,929 meters, called Itchimbía, crowned in its plain by a majestic convention center known as the "Crystal Palace", with a 360-degree view to admire the historic center and the modern north. Quito.

The Itchimbía is presented as a large park, but there are also residential areas where exclusive restaurants converge that offer typical dishes of the city and international cuisine.

Nearby, the exclusive González Suárez neighborhood is the gateway to the Guápulo viewpoint, a bohemian, artistic and religious neighborhood, tucked into the bend of a great descent into the valleys and the starting point of the Vía Interoceánica, which Francisco de Orellana used in the 16th century to go through the Amazon to the Atlantic.

In the historic center there are also buildings that present the conditions of tourist viewpoints, such as the Mama Cuchara hotel, in a cozy neighborhood of the colonial town that is also a refuge for artists and skilled artisans.

This neighborhood, whose shape seems to think of the mother (Mama) of all spoons, ends at the ring where the hotel stands and its "rooftop", which allows you to enjoy an excellent bar with a 360-degree view of the historic center from Quito and from where you have a direct view of the virgin of El Panecillo.

A bit further to the north, just when the historic center begins to lose itself with Quito's modernity, rises the Basilica of the National Vow, a Gothic church crowned by hundred-meter high towers, at the top of which you climb a spiral staircase.

On the way up the steps, the visitor can admire the city through small round and oval windows, which resemble the eyes of its powerful walls.

On the slopes of the mountain and a little further to the south, stands the Temple of the Homeland, a museum that collects the history of the Battle of Pichincha in 1822, the most important libertarian feat in Ecuador, which sealed the colonial independence of the country.

The also called Cima de la Libertad evokes the independence feat, but it is also a museum about the military history of the country and a tourist viewpoint that marks the umbilical union of Quito with its identity of mountain and sky.

But if one wants to go to the same sky, Cruz Loma is the right place, at 4,050 meters high, very close to the top of the Guagua Pichincha volcano, the Ecuadorian capital perches at your feet, with all its splendor and its best allegories.

And although the height can eventually affect breathing, a modern cable car connects Cruz Loma with the city, in a route around the contour of the mountain, over a distance of 2,500 meters upwards, whose comfortable journey takes about ten minutes.

Already from the cabins you can appreciate the greatness of the city, which is perennial in its viewpoint, from which you can see the snow-capped volcanoes that surround the capital such as Cotopaxi, Antisana and Cayambe, all three aligned from south to North.

Many often go to Cruz Loma to walk the trails that lead to the Guagua Pichincha volcano, in a relatively short route and that, from that part of the sky, appears like a colossus that protects Quito.