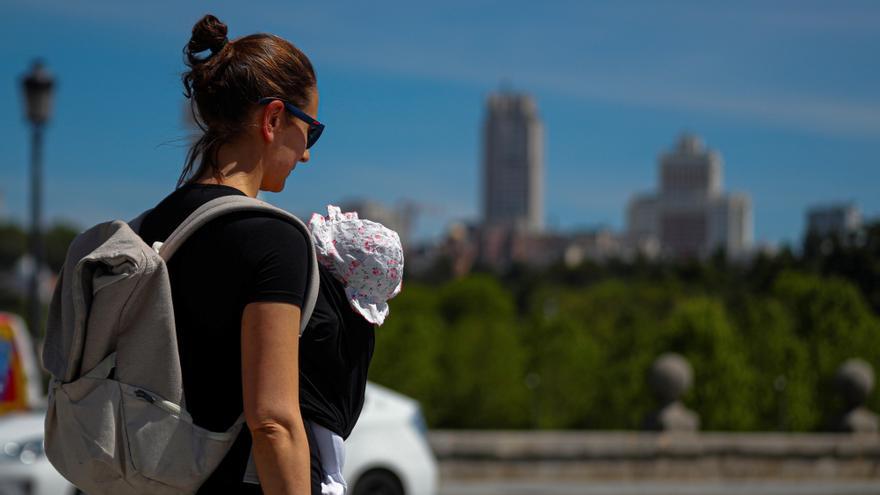 The Government has approved this Tuesday the new maternity pension supplement, of a fixed amount of 378 euros per year per child. Its objective is to reduce the gender gap in the benefits received by men and women, which now stands at 30% on average. The approved mechanism substantially modifies the maternity supplement in force so far, approved by the Government of Rajoy and that the European justice considered that discriminated against men.

In the absence of knowing the fine print of the decree that regulates the supplement, here are some keys to the new supplement with the information already provided by the Ministry of Social Security.

What entitles you to receive this supplement?

Have children. From the first biological or adopted child (and up to a maximum of four), one of their parents will be entitled to receive compensation in their pensions. This is a novelty compared to the current maternity supplement, which could only be received by mothers from the second child.

Who will receive the supplement?

In general, women. But not necessarily and this is another modification with respect to the previous model: men will be able to receive it if they meet the requirements.

The supplement is designed to compensate for the alteration in professional careers that women usually suffer after having or adopting children and which, in the long run, translates into lower pensions. Thus, it will be received by the parent who proves a greater loss in their professional career after the birth of the son or daughter. In a vast majority, these people will be women, but if a man were, he would receive the supplement in his pension.

What happens if the damage is the same between the parents?

“If the two parents prove the damage or if neither of them does, the right will be recognized to the mother, thus contributing to the reduction of the gender gap,” explains Social Security.

How much money is the supplement?

The compensation will be a fixed amount of 378 euros per year for each child. It translates into 27 euros per month per child, in 14 payments.

Again, this system represents a substantial change with respect to the current model, in which the maternity supplement represented a percentage increase in the pension of women, which increased with the number of children. The supplement increased the pension by 5% for mothers with two children, 10% if they had three children and 15% for mothers with four or more children.

Is money being made or lost with the new mechanism?

If you only have one child, you always win with the new maternity supplement, because the previous one did not give you the right to charge anything.

With two or more children, it will depend on the case. Minister José Luis Escrivá has explained that the mechanism has become “more redistributive” and that it will benefit more people who receive lower pensions. On the contrary, it will harm the beneficiaries of high pensions, who would receive a higher supplement with the previous legislation. And it can also harm in the cases of a greater number of children, those in which the percentage of increase that was applied in the previous mechanism was 15%.

According to calculations released by Social Security, in the case of having two children, the new system will be generally beneficial: for the minimum pension it represents an increase of 8% and for the average pension, an increase of 6%.

In which pensions will this supplement be applied?

It will be recognized in all types of pension (retirement, voluntary early retirement, permanent disability and widowhood), except partial retirement. In the previous supplement model, it was not received by women who had retired early.

What happens to the pensions that already have the previous maternity supplement?

That the previous legislation continues to be applied, as explained by José Luis Escrivá. Thus, the new supplement will be applied to pensions that are incurred as of its entry into force.

How will this ‘plus’ be updated per child?

The amount of 378 euros per child “will be updated in accordance with the revaluation of pensions,” explains Social Security. That is, if it had been in force last year, this 2021 the complement would have increased by 0.9%.

Can it be received if you are entitled to the maximum pension?

Yes, the Social Security informs in a statement that the supplement “does not count for the purpose of supplementing the minimum nor as a ceiling for the pension.”

Until when will the complement be valid?

The regulation establishes that the measure will be in force as long as the gender gap in pensions is greater than 5%.