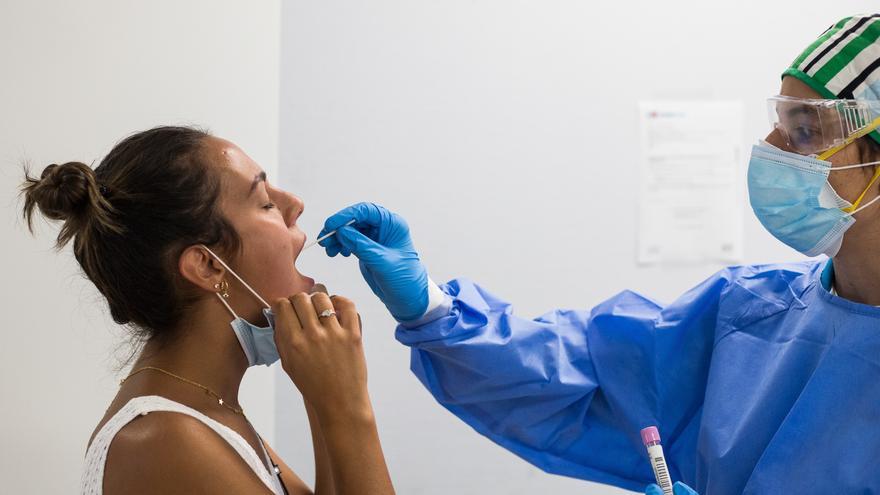 Unlike last fall and winter, in which flu, colds, and various respiratory infections were all but gone From the epidemiological panorama in many parts of the world, this winter season the influenza virus and other respiratory viruses have once again made an appearance in Europe. This is not an unexpected phenomenon at all: are the side effects of approaching pre-pandemic normality.

Last spring, multiple experts feared that the foreseeable relaxation of measures against COVID-19 due to mass vaccination and a decrease in the impact of the coronavirus on the health system, would lead to a possible rebound in respiratory infectious diseases that had barely had an impact last year .

The latest report –Of December 30, 2021– of the Acute Respiratory Infection Surveillance System (SiVIRA) highlights the resurgence of the flu. This document explains that the "European Center for Disease Prevention and Control (ECDC) has recently noted that influenza continues to increase in the WHO European region" and that it "considers it prudent not to wait for additional data and to declare now the start of the flu epidemic at the European level ".

The increase in flu cases together with the massive contagion by the omicron variant of the coronavirus in various territories of the planet, beyond Europe, has made it much more likely this season that the same person could suffer two infections by both viruses overlapping in time (coinfection). This infectious phenomenon receives, according to the RAE, the name of covidinfluenza officially since October 2020, although it has been this January 2 when the term has become popular fluron (union of the terms flu, flu in English, and corona for the coronavirus) internationally because Israel had detected your first case of flu and COVID-19 co-infection in a pregnant woman that she was not vaccinated and that she had given birth in the hospital.

Not at all. Although Israel's announcement had great international repercussion, flu and COVID-19 co-infections had already been documented at an early stage of the pandemic. Professor of Microbiology Ignacio López Goñi points out that already in May 2020 the medical journal The Lancet published an article of a research group at the Hospital Clínic de Barcelona in which four cases of co-infections caused by influenza viruses and SARS-CoV-2 were analyzed. Many other countries have also documented co-infections of this type for more than a year, as in Mexico since October 2020 or China since June 2020, although they were identified a posteriori many cases of co-infections in Wuhan during the first wave (January-February 2020).

Not even the case of Israel is the first of this winter season in the northern hemisphere, since Spain has registered multiple cases since at least November 2021. In addition, in our country not only possible positive cases for SARS-CoV-2 and influenza viruses are analyzed, but also for respiratory syncytial virus (another virus with the ability to cause epidemics of respiratory infections).

In other words, there is no justification for the high-intensity media frenzy Israel's "flurone" has caused, because there is nothing new about the many other previously documented cases of co-infections, nor is there cause for alarm. On the other hand, since the flu is on the rise in recent weeks, it is more likely that more cases of people suffering from the flu and COVID-19 will be identified simultaneously (although most will not be identified).

It does not have to involve a serious clinical picture in the absolute majority of cases. In fact, most of the documented co-infections have been in patients with mild symptoms, especially if they are vaccinated against COVID-19 and / or flu and there are no risk factors. However, in some people the prognosis may be worse, because the simultaneous infection of SARS-CoV-2 and the influenza virus can, for example, enhance inflammatory mechanisms.

In that sense, A study with patients not vaccinated for COVID-19 observed an increased risk of use of mechanical ventilation, admission to the ICU and death among those who suffered from coinfection compared to those who only suffered from the SARS-CoV-2 infection. Other studies point in the same direction: increased risk of admission to ICU and mortality with coinfection, or worse prognosis with influenza B and SARS-CoV-2 coinfection. Experiments with different animal models they have also documented more serious cases of COVID-19 when coinfection existed.

Is there a risk of recombination between flu and COVID-19 viruses?

It is extremely unlikely that this would occur and that hybrids or mutants were generated from both viruses. The exchange of genetic material between genomes (recombination) is something that frequently occurs between viruses of the same family, such as between coronaviruses or between influenza viruses. However, it is extremely difficult that a coronavirus such as SARS-CoV-2 could exchange its material with an influenza virus due to the great differences that exist in the "machinery" of both pathogens.