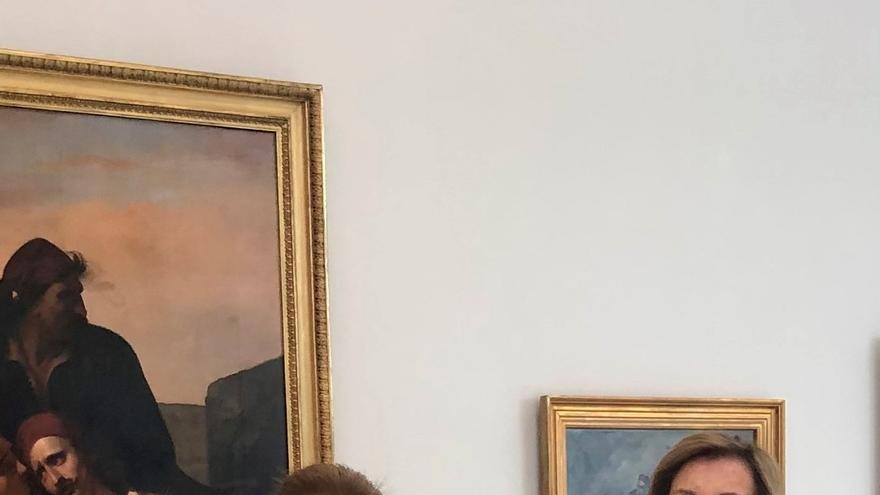 Athens, Jun 1 (EFE) .- Queen Sofia attended this Tuesday, together with the Greek Minister of Culture, Lina Mendoni, to the new National Gallery of the Hellenic capital as the culmination of a series of visits that she has made in recent days in his native country, to which he has returned to celebrate the 81st birthday of his brother Constantine II of Greece.

Doña Sofía expressed her enthusiasm for the art exhibition related to the 200th anniversary of Greek independence and praised the new facilities of the museum, which she visited with her sister Irene, according to the Hellenic Ministry of Culture in a statement.

The national picture gallery, recently renovated and open to the public after ten years closed, already received at its inauguration part of the European royalty represented by Prince Charles, heir to the British crown, and his wife, Camilla, Duchess of Cornwall.

In addition to this visit, the queen emerita traveled to the Greek island of Leros on Sunday with the Spanish ambassador Enrique Viguera, and his sister, Princess Irene, where she was received by the local authorities.

From there she moved on Monday to the island of Lipsi where she visited the Aegean Sea Life Refuge accompanied by the Greek Deputy Minister of the Environment.

This center is part of an international project of the Archipelagos Marine Conservation Institute, with which the Reina Sofía Foundation signed an agreement in March of this year to promote its support for the environment.

Among the activities carried out in these facilities is research on the amount of microplastics that marine animals ingest, the degree of underwater noise pollution and the rehabilitation of marine species such as dolphins, seals or turtles.

Since she no longer has any royal agenda commitments, the mother of King Felipe VI travels more frequently to her native country, where her sister and King Constantine reside, off the throne since 1974 after a referendum that abolished the monarchy and that this Wednesday turns 81, an event that they will celebrate as a family.

However, due to the coronavirus pandemic, Doña Sofía's last visit dates back more than a year ago, when she went to Athens to present the diaries of her mother, Queen Federica, dated between 1938 and 1967.