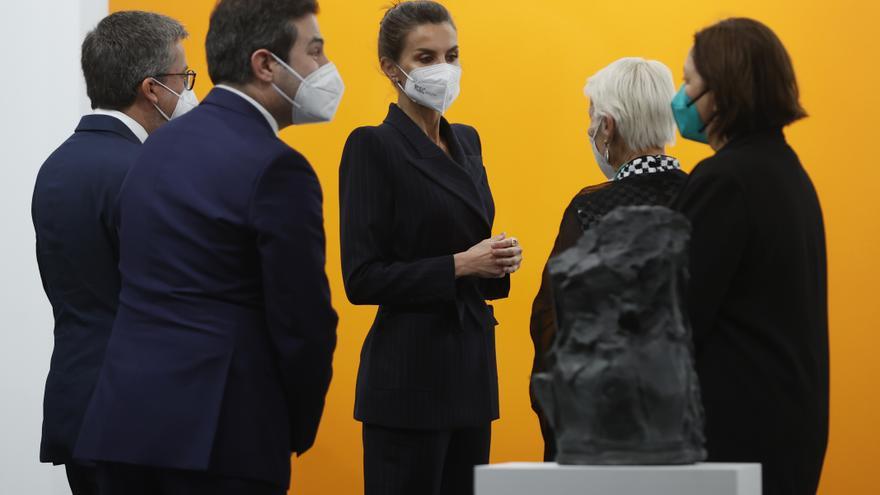 The Queen Letizia opened this Thursday the International Contemporary Art Fair ARCOmadrid 2022 in a visit in which he has visited a dozen of the stands of the most representative galleries.

This event, which represents the official opening of the fair, was expected to also attend Philip VI, but after Russia's night attack on Ukraine the monarch has not attended the Ifema fairgrounds.

The queen has been accompanied by the Minister of Culture and Sports, miquel iceta; the mayor of Madrid, Jose Luis Martinez-Almeidaand the vice mayor of the city, Begona Villaciswho at the end of the tour explained that the conversation in the official group had been focused not only on art, but also on concern for the situation in Ukraine.

Thus, Doña Letizia and those who accompanied her commented on the dangerous outbreak of the crisis in Ukraine and his concern that thousands of Ukrainians who yesterday lived with anxiety but in peace, today find themselves immersed in a war with uncertain consequences.

Guided by the director of ARCOmadrid, Maribel López, the queen has visited some of the stands of the 185 galleries from 30 countries that participate in this event for more than an hour and a half.

The edition, baptized as 40+1 Given that last year it could not celebrate its anniversary due to the coronavirus pandemic, it is a showcase of contemporary art trends where everything from painting to new formats such as the NFT coexist, as well as a particular tribute to the 40 years of history of the fair.