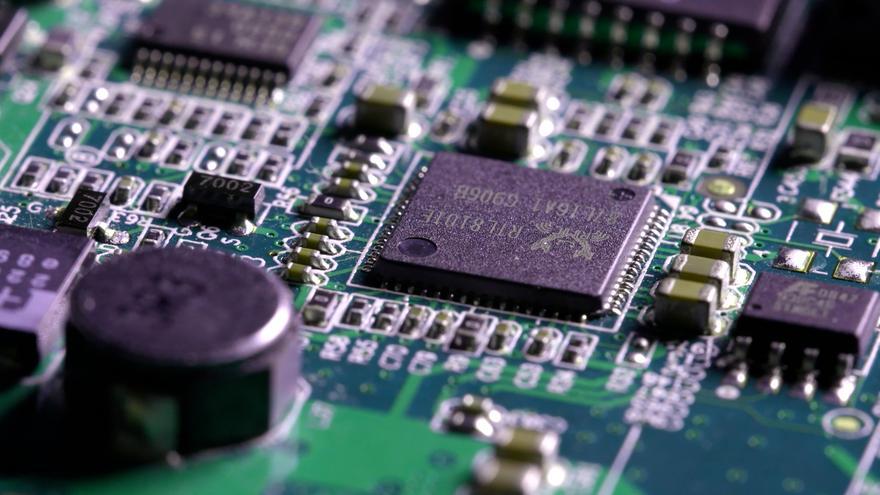 There will not be a quantum computer in the living room, but that is the least when it comes to one of the most promising challenges that science faces. To fully understand what a quantum computer is, Germán Sierra, professor at the Institute of Theoretical Physics of the Higher Council for Scientific Research (CSIC) and the Autonomous University of Madrid (UAM), explains it in the simplest possible way: “It’s a machine which consists of a set of atoms that carry out a process that is equivalent to having many classical computers working in parallel. At the end of the process, all these results are interfered with and only one is obtained. ”

What is achieved with this mechanism is a power much higher than that which the most powerful conventional computer in the world can house. “That is why it is so important to develop quantum computers,” said the professor. “They will help us solve problems that, until now, have no answer.”

The ‘almost magical’ phenomena that take place inside make quantum computers a concept that is difficult to understand. Perhaps you have to start from the beginning to understand everything. As the name itself suggests, quantum computers work according to the principles of quantum physics. But what exactly is quantum physics and, specifically, how does it differ from classical physics? Sierra explains it like this: “It is the physics that describes the world of the smallest: atoms, electrons and photons.”

On these scales, he continues, “the laws that work are those of quantum mechanics, they are different from those of classical physics, which we use in the macroscopic world in which we move.” To simplify and at the risk of repeating too much, conventional computers work based on the laws of classical physics and quantum ones, of quantum. The researcher explains that, while a computer like the one we all have at home transmits information through bits – the minimum unit of information, zeros and ones -, the quantum computer does so through qubits, or quantum bits. “Cubits continue to use zero and one, but in this case the so-called quantum states come into play,” he clarifies.

“Imagine that we have an electron,” challenges the teacher. “That electron has two states: zero and one.” Up to that point everything is as in classical physics, but there is a new possibility that is what changes everything: superposition. “We can superimpose zero and one and that would be a new quantum state.” The peculiarity of this, Sierra clarifies, “is that when we look at that electron again there is a 50% chance of finding a zero and a 50% chance of finding a one”. Taking this phenomenon into account, “the different combinations, in practice, are infinite.”

In other words: “The information we can put into a quantum bit is infinite.” However, while in classical computers only zero and one – the bits – are used as information streams, in a quantum computer all possible superpositions between the two are used.

And that is not the only remarkable phenomenon that occurs in quantum physics. It is also important to talk about intertwining. Einstein defined it as “a creepy action from a distance.” What does it consist of? Specifically in generating pairs of qubits that behave in the same way, that is, with the variation of the state of one of the two, the state of the other is automatically altered. And here comes the bomb: that relationship holds even over very long distances. Although it is known to exist and could be photographed for the first time in 2019 at the University of Glasgow (Scotland), as published by the BBC, scientists have not yet been able to specify why it occurs. What is known is that the phenomenon exponentially multiplies the processing capacity and power of a computer, allowing it to perform extremely complex calculations.

Google and the war for quantum supremacy

In short, quantum supremacy is the ability of quantum computers to solve problems that conventional computers are unable to cope with. So far, as the professor indicates, “quantum machines are still very small and they have a lot of noise” (they give many errors, they need to be improved), but Google would have already taken a giant step to find that quantum supremacy. In October 2019, the journal Nature published that the North American company would have managed to perform a mathematical calculation in 200 seconds for which a conventional computer would have had to invest 10,000 years.

This is quite a milestone. However, the IBM company – the other part of the war to hang the medal of quantum supremacy – questioned the veracity of what was announced by Google. According to IBM, a conventional computer could do the same calculation in two and a half days, which would mean that the company that Sundar Pichai runs would have achieved nothing at all. Not even physics escapes from trade wars.

Currently, regardless of the veracity of Google’s finding, quantum computers still need many improvements. The 50 qubits of power that are handled in the laboratories already give the devices a processing capacity much higher than that of conventional computers. However, the objective is to multiply that power and try to respond to great financial problems, pharmaceutical research, physical problems and a long –or eternal, infinite– etcetera.

Furthermore, as Professor Sierra points out, quantum computers are sustainable, since they consume less energy than a conventional supercomputer. Anyway, I said: in principle they will not be machines for everyday use or to be at home. First, because to watch a movie or tweet occurrences you don’t need 50 qubits of power. Second, because the quantum mechanics with which they work has to be at temperatures of -273ºC. To reach them, even the refrigerator would have to be quantum.