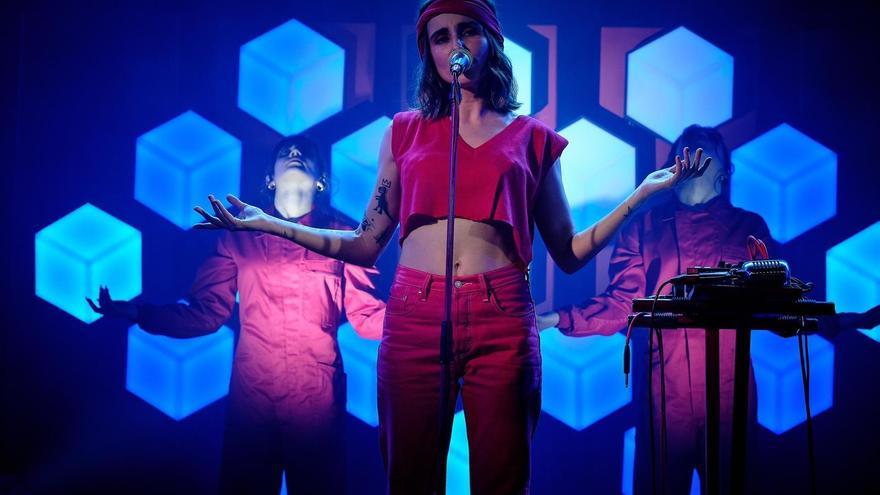 Madrid, May 12 (EFE) .- Without mobile phones and in front of only 200 people, Zahara gave an intimate and vibrant concert this Wednesday in Madrid, a dress rehearsal that allowed him to know what his new tour will be like, which will start in June and receive the same name as his last album, “Puta”.

The La Riviera room has hosted a concert that attendees were able to access through invitations obtained after passing the tests that the artist and the Mahou music platform, organizer of the tour, raised on social networks.

“Thank you very much for coming to this dress rehearsal of ‘la Puta Gira’. I’m Zahara. The show is as it will be next week in our first show. What you are going to see is the presentation of the album and a review by all my records and styles that I have brought, “said the singer, who warned that the event was open” to making a lot of mistakes. ”

So it was. To the first two songs there was a hiatus to fix some technical problems that were quickly solved. Obstacles of a rehearsal in which at first the voice was not heard well.

But the concert continued with everything solved and the songs “Song of death and salvation” and “Immaculate deception”, at which point the dancers appeared.

Whether by chance or not, the spectators were encouraged in the sixth song to sing with the woman from Jaén with “El deshielo”. Zahara captivated the public with the songs and the staging, as when he put on a blue band with the name of his album in gold, the same one worn by many spectators in the room.

The singer was happy in a completely red scenery, as well as her clothes. The occasion would be well worth it. He was opening his tour to friends and a loyal audience following the frustrated 2020 attempt at the pandemic.

Along with her formidable voice, the artist, who dares to sing while playing bass, guitar, drums or keyboard, was accompanied by only two dancers, a mixing table and a keyboard.

The versatile artist, born in Úbeda in 1983, told Efe in an interview that in “Puta” she tried to talk about all abused women, but she came up with talking about herself during confinement. He has spoken about it through songs like “Taylor” or “Negronis and martinis”.

Before reaching the middle of the “rehearsal” he thanked “really” after hearing numerous cheers from his followers. “Precisely that we love you is what everything is about, this love that only happens here, which is a strange love.”

“I had to live without your love because I had to find mine. I thought I actually hated you. The songs are photos of a moment and at that moment I hated everyone and I hated love because it demanded a lot,” he explained.

The halfway point of the concert served to publicize through several installed screens the dates of a tour that will start on June 12 in Madrid in the same room where this pilot rehearsal was carried out, in La Riviera.

Throughout the two hours that the concert lasted, a score of songs were heard, among which were missing popular songs such as “With the ganas” but there were others such as “Today the beast has dinner at home.

Towards the end of the “dress rehearsal” the scene changed. A dozen mirrors and a much more powerful rhythm gave way to a more electronic style.

Zahara and her team danced, jumped and sweated for the entire audience who, sitting in their chairs, enjoyed a pure techno show at the end of the event.

As a farewell, with a white dress and as if she were going to surprise with another new interpretation, the artist left with “Dolores”, because, she said, “I can’t keep quiet”. In a month he will return to the same place and see his tour come true.