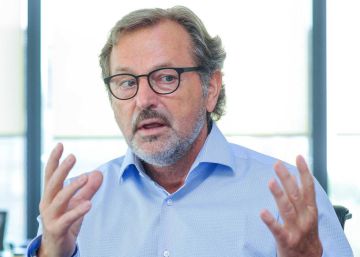 The Pullmantur cruise company is getting closer and closer to the abyss. After filing a tender for two of its subsidiaries (Pullmantur SA and Pullmantur Cruises SL) at the beginning of the summer, sources close to the company confirm that all the companies that make up Pullmantur, both the parent company and the ten subsidiaries, including those based in Malta, Bahamas o Brazil, have also filed bankruptcy and that the company finalizes an employment regulation file (ERE), which will affect 100% of the workforce, made up of 350 workers. The ERE will be processed within the contest and will be resolved “between the end of October and the beginning of November.”

As reported by Cinco Días, lThe firm was evicted at the end of September from the office building that he occupied in the Campo de las Naciones in Madrid due to non-payment of rent and currently occupies several rooms in the Regus Building, located in the same area, “exclusively enabled for meetings with the bankruptcy administrator”, as recognized by sources close to workers. The last hope the employees had was the presentation of a company viability plan that, in his opinion, “does not exist and is a strategy to save time”. An extreme denied by the CEO of Pullmantur, Richard J. Vogel, who assures that the company “is working tirelessly on the development of a new business plan that involves the return to operation and that guarantees the viability of the company.”

A phrase that directly collides with the dismantling of the company. Two of the three ships in the Pullmantur fleet have already been scrapped in Turkey and the third is docked in Greece awaiting scrap as well. As all the ships were out of service, Vogel emphasizes that “the different opportunities available in the market are being evaluated to find those that adapt to the characteristics of our customers and product.” The promise of Royal Caribbean, one of the two large shareholders of the firm with 49% of the capital (the other 51% is in the hands of the Springwater fund) to renovate the Grandeur of the Seas ship to later integrate it into Pullmantur will not go ahead either.

The accusing finger of the employees is directed against Royal Caribbean, which they blame for hatching a plan, which began in 2016 with the sale of 51% of the capital to the Springwater fund, to drop the company. “With this symbolic sale for one euro, Royal Caribbean ensured that it could remove the deficit Pullmantur from its balance sheets, according to the regulations of the American SEC, but maintaining operational control over it and entering cash for the service and maintenance contracts of some ships whose market value would be exclusively scrapped. “

An alleged strategy that has culminated, according to the workers, with the coronavirus health crisis. “In two months they have done what they did not do after fourteen years in losses: an ERTE of force majeure for 328 employees, the closure of the office in Colombia, the bankruptcy of two companies in June and the scrapping of the three ships. The answer is probably in public aid, with a reduction in Social Security contributions, payroll payments by the SEPE and ICO credits to resolve treasury tensions. All this to declare insolvency and try not to pay compensation to the remaining employees. “

In the last accounts deposited in the Mercantile Registry, corresponding to the year 2018, Pullmantur recorded a turnover of 343 million euros, of which 294 million were for the sale of cruises. In that year, the accumulated losses over twelve years (23.8 million in 2017 alone) turned into a profit of 29.5 million. The key was the partial reversal of the impairment experienced by Pullmantur’s property, plant and equipment since 2006, which translated into an injection of 34.3 million euros.

Costa Cruises. The American Carnival brand in Italy resumed its activity on September 6 with the Costa Deliziosa vessel, which left Triestre on an itinerary through several Italian ports exclusively for Italian cruise passengers. Two weeks later the Costa Diadema returned, whose first voyage departed from Genoa, stopping at Civitavecchia / Rome, Naples, Palermo, Cagliari and La Spezia. Finally, the Costa Smeralda, the first of the fleet powered by liquefied natural gas, resumed its voyages on October 10 from Savona, also only for Italians. The company plans to reactivate its weekly tour of Italy, France and Spain as of November 14. For this, it will have to negotiate with the French and Spanish governments for the application of security protocols.

Norwegian Cruise Lines. The Norwegian Cruise Line Holdings company, which operates the Norwegian Cruise Line, Oceania Cruises and Regent Seven Seas Cruises brands, announced in early October the extension of the suspension of its trips until November 30 for its three cruise brands. “The company will continue to work together with governments and local public health authorities, and with the international team of experts from the Healthy Sail Panel, in order to take the necessary measures to protect its passengers, crew and the communities visited,” he stressed. it’s a statement.