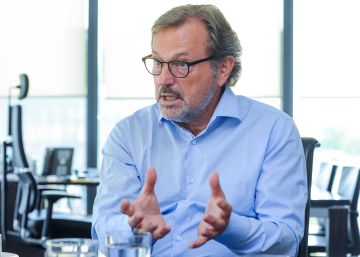 Pullmantur’s bankruptcy administration is already working to try to move the cruise passenger forward. And one of the first obstacles that you will have to face is the return of trips canceled due to the bankruptcy of the company. The Spanish Confederation of Travel Agencies (CEAV) and the Business Federation of Territorial Associations of Spanish Travel Agencies (Fetave) redouble the pressure to collect before the end of the year and they estimate that the amount could reach 50 million euros.

Santiago Méndez, vice president of Fetave, clarifies that the financial pact sealed with Royal Caribbean provides security to travel agencies, but that it is vital that they begin to quickly manage the return to individual and collective clients. ”They have streamlined the vouchers to travel with Royal or Celebrity, but they have to speed up returns for a matter of survival ”. Méndez estimates that until March 85,000 cruise seats could have been sold and that it is essential to return the reservations paid by customers who have been claiming them for months. “If they do not do it before March, we will have to pay the travel agencies and that may be the last straw after many months closed without income.”

To reduce the amount to be returned, the cruise passenger has offered as an alternative to the refund of the amount a voucher worth 125% of the price of the trip to make another on Royal Caribbean or Celebrity Cruises vessels from December 31, 2021 to April 30, 2022. “We want to reassure those clients who have accepted the Future Cruise Credit [el programa de devoluciones lanzado en julio] so that they know that we are working hard so that each one of them obtains the agreed compensation after the cancellation of their reservations ”, he specified Francisco Vera, administrator of the Pullmantur contest, in a statement sent last Thursday

Fetave estimates that 85,000 seats would have been sold before March

It also alluded to the cooperation agreement with Royal Caribbean to implement the viability plan and a commitment acquired “to obtain two Millennium-class vessels at Pullmantur’s disposal under the terms derived from the business plan, with the idea of ​​improving the offer, betting on a more modern design and with a greater number of cabins with balcony ”.

A proposal that referred directly to the alternative of having two Celebrity Cruises vessels, one of Royal Caribbean’s six luxury cruise brands. A possibility denied yesterday by Celebrity Cruises itself in a press release. “While we fully support Pullmantur’s efforts to reorganize and will continue to work so that it can develop its new business plan, it is important to clarify that we have not reached any agreement to rent or sell any of our ships, including any of the Celebrity class, to Pullmantur ”.

The cascading trip cancellations from March due to the coronavirus triggered defaults to travel agencies, those in charge of returning the money to the clients who hired those trips. The Spanish Confederation of Travel Agencies (CEAV) calculates that it accumulates debts of 320 million, of which 250 million correspond to the airlines. For this reason, it has begun to send requests to its main debtors, including Ryanair, demanding the return of the debts by burofax under the threat of reporting them to the courts. Sources close to the Pullmantur bankruptcy process confirm that the cruise passenger will also have received a similar request.