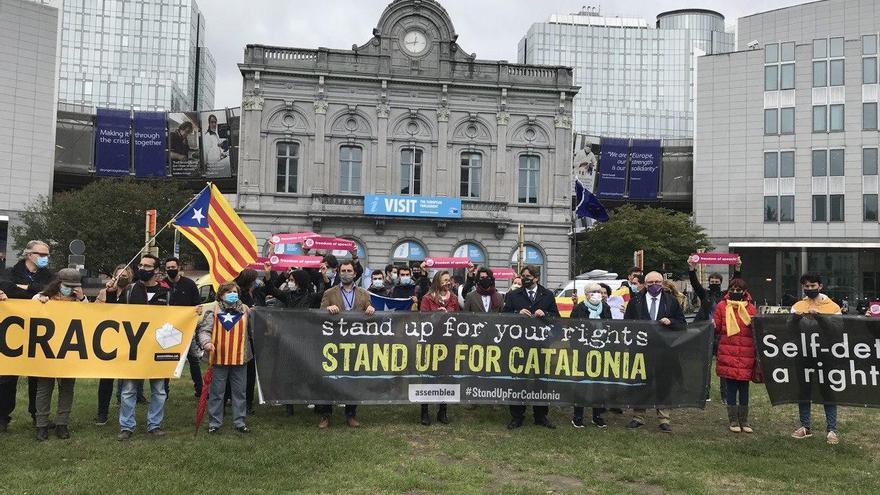 “The mandate of October 1 is in force, and any ballot box serves to ratify that mandate.” This is how the former president of Catalonia Carles Puigdemont summarized the horizon towards the new Catalan elections as a result of the disqualification of Quim Torra for not removing some yellow ties from the Generalitat palace during the last electoral campaign.

“Now we have an opportunity, surely the best,” continued the now MEP in a rally in front of the European Parliament to remember the 1-O, 2017, “to ratify that mandate and commit the action of institutional independence. We have been maintaining three years This window of hope is open. We have to go from defending the position of resisting repression to moving forward, being well aware that Spain will never open a table to resolve this conflict in a dialogue. ”

The next elections, for the moment, are presented with four independentist options: ERC, Junts, PDeCAT and the CUP: “The unit was no longer repeated on December 21 and yet, with everything against the Catalan independence movement, the majority was achieved I believe that today, 3 years later, with all the repression, with the absence of an alternative on the part of Spain, there are many more reasons for many people to understand that the only way to survive as a nation, as a society to guarantee justice , well-being and progress is independence. ”

“We can only do it in one way”, said Puigdemont: “To be a majority at the polls, even if we go on separate lists. But I think we all share the same goal, to see the Catalan Republic internationally recognized.”

This Wednesday the first report of the European Commission on respect for the rule of law in each of the 27 EU countries was published. And in the chapter on Spain he does not refer to the Catalan conflict: “We could not expect anything from the European Commission. They shut up when they had more reasons to get at least one yellow card from one of its members, who was behaving like a savage, like a beast. And he didn’t. As a Catalan, as a European, I feel very disappointed: there is a double standard and that is a threat to the project of the European Union “.

In the event, which ended with L’Estaca and Els Segadors, other members of the Government of Puigdemont participated, such as MEPs Toni Comín and Clara Ponsatí, as well as the delegate of the Government in Brussels, Meritxell Serret and the former minister Lluís Puig.