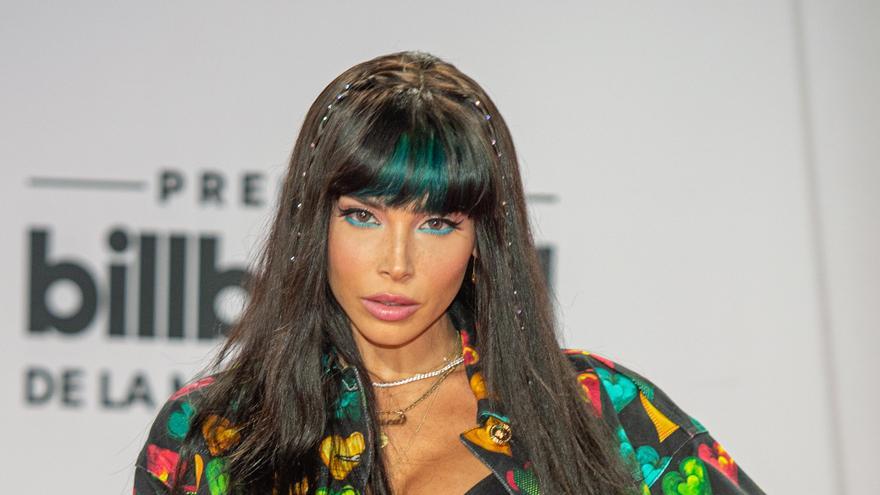 San Juan, Jan 16 (EFE) .- The Puerto Rican singer Chesca, who recently released her new single, “Como Tú Me Querías Remix”, together with her compatriot and urban artist De La Ghetto, announced this Saturday that she tested positive for the covid -19.

As Francesca Ramírez published in a story on her Instagram account, she recently went to a recording studio, and one of the producers who was working there “felt sick.”

On suspicion, Ramírez questioned him if it was covid and said “no”, that it was a hangover from the night before, so he then decided to take the rapid test, which turned out to be positive.

“Yes it was covid and unfortunately it spread to all of us who were there,” lamented the artist.

“The problem is that we don’t know how we can get it, but if you feel sick, stay at home. Don’t go out! Even if you think it’s something else. Please take care of yourself. I love you,” he added.

Chesca is also one of the artists invited to sing at the inauguration of the President of the United States, Joe Biden, on January 20, so it is still unknown if she will attend the appointment.

The Puerto Rican singer is the interpreter of the song “El Cambio”, which was officially chosen to be used in a video for the 2020 general election campaign of Biden and Kamala Harris, within their promotion to get the vote.

“El Cambio” is a Spanish version of “The Change”, originally performed by singer JoJo. “The Change” was written by Diane Warren.

“I love what Chesca has done with ‘The Change.’ It’s a very powerful recording. JoJo did a brilliant job in English, and now we have a fantastic Spanish version. Let’s let ‘El Cambio’ start everywhere! “Warren commented at the time.

“El Cambio” contributed to the consolidation of Chesca as one of the most promising performers in the Latino community.

Variety magazine recognized Chesca as one of the 10 Latinxs to watch in 2020.

“I am very excited about everything that comes in 2021, opening the year with this collaboration and with two nominations for the Premio Lo Nuestro is a good start. We come with everything!”, She highlighted.

He said that “Como Tú Me Querías Remix” is a song with danceable sounds and melodies that tries to unite the versatility of both artists.

Chesca underlined that this De La Ghetto collaboration is a more innovative proposal that delves into the urban genre and hopes to attract a new audience.

The single is accompanied by a video that summarizes the theme and the chemistry between the two artists.

The video was filmed in the American city of Los Angeles under the direction of Mimi Labisi, from the Stellarhead production house.