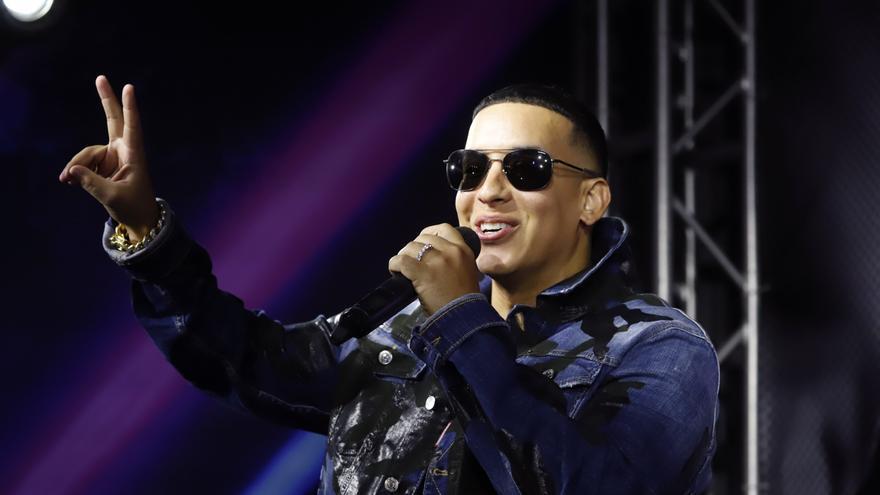 San Juan, Dec 10 (EFE) .- The Puerto Rican singer Daddy Yankee has announced what seems to be a collaboration with Marc Anthony on a new song, a project that joins the virtual concert that he will give this Saturday, the second part of “DY2K20 “, digital version of the twelve shows offered on his” Con Calma Pal ‘Choli “tour a year ago.

“BACK TO THE RETURN tomorrow Thursday 8pm (ET). Rumba de Callejón to ignite the parties,” says Daddy Yankee in his Instagram ad, which is released this Thursday, which he accompanies with a photo in which both artists They appear together, elegantly dressed and with old-style microphones in hand, through their account on the Instagram social network.

Daddy Yankee, however, does not elaborate on what is expected to be a duet song with the New York salsa star of Puerto Rican parents.

Anthony, after the announcement, replies “Admiration and respect is what there is. Tell me @daddyyankee, what’s next is candlelight”, in addition to pointing out “Tell me Yankee! This continues!”

Another renowned Puerto Rican artist, Luis Fonsi, joins the dialogue between both on Instagram and points out “Ayyyyy papa”, about the announcement of Daddy Yankee, with which he achieved worldwide success with the song “Despacito”.

“Living legends”, says the Puerto Rican singer Wisin about this collaboration, while the singer Tito El Bambino also points out on Instagram: “Beautiful people at heart.”

Daddy Yankee’s announcement of what is expected to be a joint song with Anthony follows the Puerto Rican’s reminder that this Saturday, through his YouTube video channel, he will offer the second part of “DY2K20”, a digital version of the twelve concerts of his tour “Con Calma Pal ‘Choli”, which he presented between December 5 and 29, 2019 at the Coliseo de Puerto Rico in San Juan.

“This Saturday 8 PM (ET) through my @youtube / Daddyyankee channel you have an appointment with me and my first guests to enjoy Part 2 of my # DY2K20 concert,” Daddy Yankee remembers on Instagram.

The first part of “DY2K20” was released on December 3 through the artist’s YouTube channel and on all audio streaming platforms with never-before-seen images of the concert series.

The second part is this Saturday, while on December 21 will offer the third.

The “Con Calma Pal ‘Choli” show tour broke records at the Coliseum in Puerto Rico, becoming the highest grossing ever on the island, with more than 170,000 tickets sold in a month.

Even in the last show, Daddy Yankee and Fonsi performed the famous and successful song “Despacito”, whose music video already has 7,000 million views on YouTube.