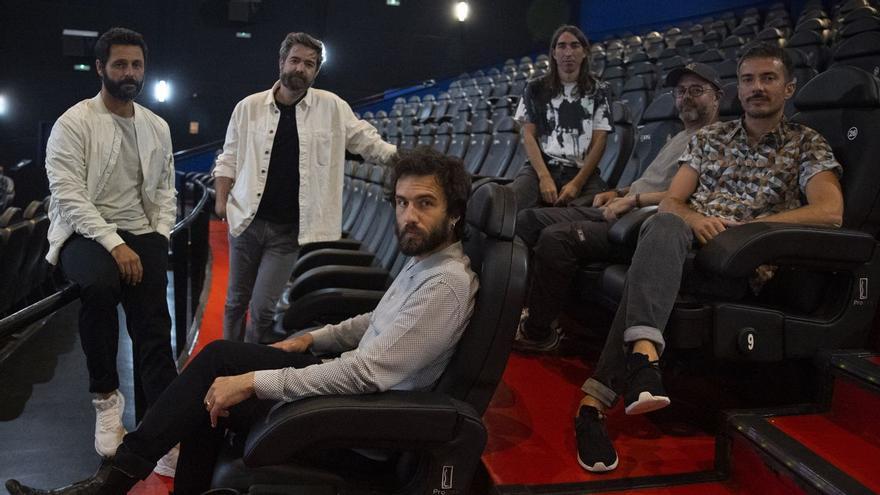 Old Morla returns twice this fall, on the one hand, putting the soundtrack to the film ‘La hija’, by Manuel Martín Cuenca, and on the other, releasing a new album in November entitled ‘Cable a tierra’. “An album without a tour is like a washing machine without socks,” said Pucho, lead singer of the Madrid band, to ensure that there will be tour despite the pandemic and that “there is time to know what is going to happen” in it.

This has been revealed in an interview with Europa Press in which, speaking of the current circumstances, he pointed out that during the pandemic “there have been a lot of contradictions” in the application of sanitary restrictions for cultural events. Although he has pointed out that they are difficult political decisions to make.

“I think there have been many contradictions, many times for economic reasons, but I am not the one to assess it,” he said, adding that when making these decisions “there are many things to assess and put into play.”

For his part, Jorge González has lamented “who have been the first to stop and who are the last to reactivate.”A sector that is not simply a concert in a hall “, has specified to emphasize that an industry revolves around the rooms “of people who move and consume.”

“Behind us are a lot of technical team that has been able to collect their payroll, There are some promoters who have been able to reactivate their economy, we can talk about towns that we have gone to touch, where they almost thank us because the hotels were full, the restaurants in the measures that could be, could go “, stressed Latorre .

Regarding the time it took to release a new album, they consider that things that are worthwhile “take time.” “You have to mature them, you have to think about them and you have to work on them, we live in a world that offers an immediacy with many advantages but sometimes it puts an impatience on us that does not favor us. We prefer to bet on a more relaxed creation in which we have time to try new things, “said Latorre.

In addition, he stressed that they continue to trust the recording studios as an appropriate setting to create music, adding that they also rely on the stage as the appropriate place to perform it and share it with people.

In addition to the album and the tour, Vetusta Morla embarks on the adventure of putting music to a movie. “We are lucky to live in an interconnected world, that it would be foolish not to take advantage of these synergies between arts. First of all because it is very exciting, we would do a soundtrack again today if the opportunity presents itself. But it also puts you in areas where you might not get there otherwise, “said Juan Manuel Latorre.

In this sense, Pucho added that the soundtrack was composed at a time when “there were still many restrictions” and has confessed “all the technology that has been used to carry it out has come in handy for the composition of the soundtrack.”

“When we met Manuel he told us that what interested him was that part that we have always had, but that perhaps in a pop song it is not so evident, that it is that environmental part, those textures that we look for with the instruments. He bet that we could make a good team when it comes to investigating on that side, and he to be able to have those kinds of sounds“, has stressed Jorge González.

‘The daughter’ has been presented at the San Sebastian Festival, but he has also traveled to Toronto. Asked about the internationalization of the film also foreseeing its subsequent distribution through streaming platforms, the band sees it as an “opportunity to show their work.” “We are always thinking about how to transcend the limits of the musical stronghold and get in touch with other arts and other audiences”, revealed Latorre.