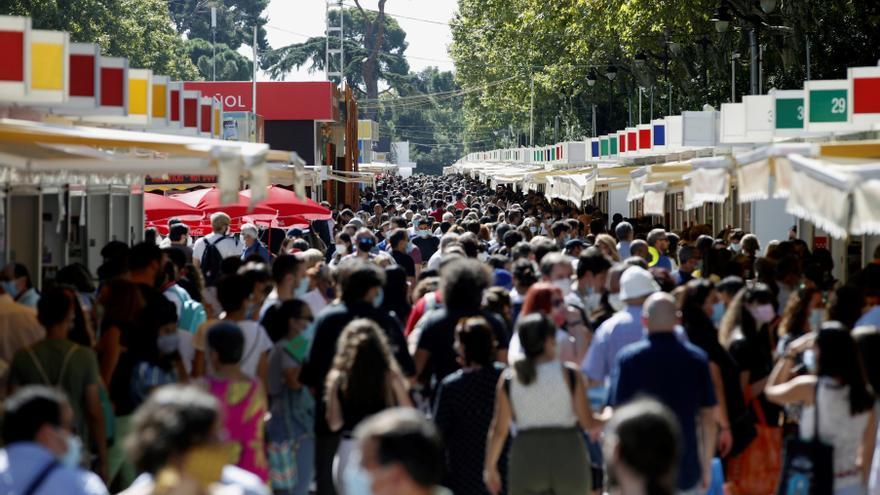 Madrid, Sep 20 (EFE) .- The small publishers will claim tomorrow, Tuesday, on the occasion of the International Day of Bibliodiversity, greater support for the publishing, distribution and visibility of “the other books”, those that do not appear on best-seller lists or in the media.

“We must publish diversity – of genres, themes, opinions – and we must help to make this bibliodiversity visible: in bookstores, in libraries, at fairs, and have the help of institutions to do so,” says Paulo Cosín, coordinator of the Small Publishers Commission (CPE) of the Madrid Publishers Association (AEM).

The Madrid Book Fair is the one with the largest number of titles in Spanish worldwide: it exhibits more than 300,000 titles from 1,000 publishing labels that cover a wide range of themes and genres, explain the small publishers, who highlight “the contribution fundamental of the bibliodiverse edition to the cultural wealth of the society “.

As Javier Jiménez (Fórcola Ediciones) explains, “the bibliodiversity reflects the reality of a lot of small publishing houses that we publish” the other books “: they are” those that do not appear on the best-seller lists, in the reviews of the big newspapers. or heading the culture section of the news. They are the other voices. ”

“At the same time, small publishers have lots of publishing niches where new authors to essay books or any other type appear that do not have a high enough market share to attract the attention of the big ones”, says Ramón Alba, director of Ediciones Polifemo.

A dimension that the general director of the Book, María José Gálvez, has also highlighted in a CPE statement: “Bibliodiversity implies the manifestation of plurality and editorial wealth in its maximum expression: of languages, of looks, of voices, of approaches, genres, sensitivities and different editing criteria “.

And although more has been read during the pandemic, fewer titles have been published in 2020 and the concentration on online retail has increased, they note.

“This has meant that the smaller publishers have been greatly affected and the lesser-known authors as well,” says Cosín. “In addition, our valued international presence in Latin America, as our common language guarantees us subsistence as specialized publishers, has come to a standstill. Exports have fallen almost completely, causing a serious upheaval that is being supported by the loans granted.”

Small publishers recall that, according to the Ministry of Culture and Sports, last year there was a decrease in the publication of new titles of 13%, from 90,075 titles registered in the ISBN in 2019 to 78,422.

Literary creation was the one that suffered the most, with a reduction in titles of 24% (just over 12,000). Social sciences and humanities, 21% less. Children’s and youth books resisted better, with 11.5% fewer titles produced.

In addition to highlighting the role of libraries in this regard, they also explain that the 80th Madrid Book Fair is being the great showcase of this bibliodiversity, since it gives visibility to more than 300,000 titles from 1,000 publishing labels.

And he asks that in future editions there be a section where small publishers are “visible, recognizable and together”, a model that has already been implemented and works very well in other fairs, such as FIL in Guadalajara. ”