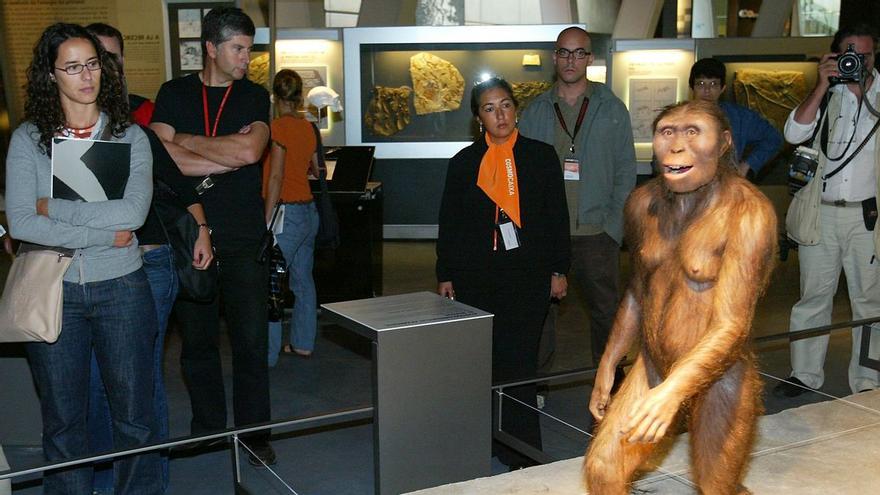 The history of all human beings who have lived in the planet Earthfrom the first hominids that stood on two legs to the current earthlings that roam the globe, hangs in the balance. a common thread. An international team of researchers, led by the University of Oxford, presented this Thursday the largest and most complete human family tree ever built. This is the most detailed database published to date on the genealogy of our species. According to its creators, this tool opens up a new range of opportunities for the scientific community; This genetic database will make it possible to study key moments of human evolutionary history, but it could also be used to understand the mechanisms underlying various rare diseases of genetic origin.

this spectacular family tree of the 'sapiens' debuts in the prestigious magazine 'Science'. The scientific team in charge of its elaboration has achieved the titanic task of combining (and making sense of) a dozen different genetic databases. The work includes more than 3,500 genomic sequences of high quality that reflect information on about 215 human populations, both ancient and modern. The tool also incorporates information about some of our prehistoric ancestors up to 10,000 years old. In total, as explained by the authors of this titanic task, this family tree tells the story of almost 27 million ancestors humans.

"We have built a great family tree that includes all of humanityso in a certain way we are facing a model that shows the other side of the story that generated everything", explains the evolutionary biologist Yan Wong, from the Big Data Institute, as one of the main authors of this work. "This genealogy allows us to see how the genetic sequence of each person is related to the others throughout all points of the genome", adds the expert after the publication of this unpublished database.

The theory, in fact, is very clear on this. Since the individual regions of each person's genome are only inherited from one parent, either the father or the mother, each point in the genome can be interpreted as a small point on a global family tree. Pulling these same threads, the work has also managed to track down the timeline when some genetic mutations first appeared.

If any of you are wondering what the most complete human family tree published to date looks like, the answer is that, to the untrained eye, looks like an infinite database. Full of numbers and tables. AND complex to the core. But this same information, in the hands of an enthusiastic scientific community, is presented as a great technical advance which, in turn, can open the door to countless other studies. "The power and resolution of this family tree promise to help clarify the evolutionary history of humans," say the researchers. Jasmin Rees and Aida Andresgenetics experts not linked to this study, in a companion article published in Perspectives.

One of the strengths of this family tree, as its own creators argue, is how it manages to fill in some of the gaps in the evolutionary history of our species. For example, it has been possible to reconstruct how it was human migration out of africa. And how this diaspora transformed the genetics of our species. According to this work, if we could view this process in fast motionFor example, we would see that the first migrants who left Africa (cradle of our species) shared a large part of their genetic code. But as the different populations took their course, their DNA also became different.

After the publication of this gigantic family tree, the team of researchers in charge of this work announces his plan to further expand this scientific tool. And apply it, for example, to the study of the genealogy of other animal species. "This study is laying the groundwork for the next generation of DNA sequencing," says Wong. "As improve the quality of genomic sequences modern and ancient, family trees will be even more accurate, and eventually we will be able to generate a single, unified map that explains how all the human genetic variation we see today was built", adds the researcher.