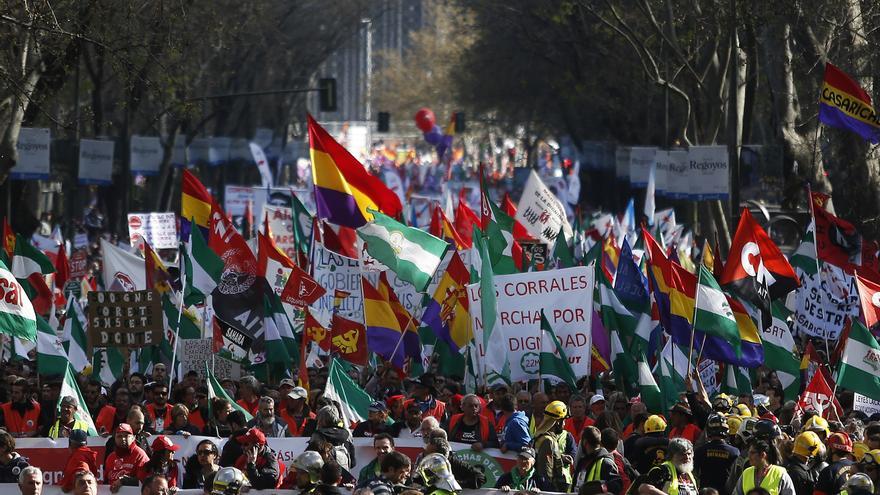 In recent decades, the economic policy manual applied by both conservative and socialist governments, and demanded by community institutions and by international monetary and financial organizations, included a basic principle: budget austerity.

Reducing the public deficit and debt was seen as the quintessential good economic practice. Advancing on this path was, according to the dominant conception, the necessary and even sufficient condition to achieve a prosperous and efficient economy. The reward was the growth of the Gross Domestic Product, which, following the same line of argument, benefited businessmen and workers, the public powers and the entire population. A positive sum game, in sum.

But the formidable economic, social and public health crisis that we are experiencing has washed away the sacrosanct neoliberal principle of permanent budget adjustment. The same people who raised this flag before, now tolerate, even demand, that governments go into debt up to their eyebrows and increase public deficits as necessary, as well as that central banks resort to heterodox measures to provide financing to financial institutions and corporations.

A discourse of which the business elites, the large corporations, the most important employers’ associations and the pressure groups that represent these interests have made the flag … yes, the same ones that, until recently, fed the discourse of the inefficiency and waste of the public, now they demand that the State, with everyone’s money, go to rescue their businesses. A new installment of the classic neoliberal rule of privatizing profits and socializing losses.

In any case, we cannot and must not forget how in the previous crisis of 2008, once the accounts of banks and companies with public money were cleaned up, the discourse of “austerity” (for the popular classes, of course, those of above do not know the meaning of this term) returned with renewed strength. In this sense, it is worrying that organizations such as the International Monetary Fund or the Bank of Spain are already warning that, once this exceptional situation has been overcome, governments will have to proceed to make budget adjustments; and that the European Commission insists that it has not abolished the Stability and Growth Pact at all, it has only opened a parenthesis in its implementation, with the idea of ​​resuming it when the crisis rebounds.

Now, the battle is not being fought in the field of “budgetary austerity”, which no significant actor is claiming, at least in the short term, but rather in access to public resources and in financing them. Political propaganda and the mainstream media insist on sneaking in the idea that we are all in the same boat, that the virus does not know social classes, it is democratic! In our opinion we are, rather, in a scenario of dispute and not of consensus; a scenario where those at the top are, in fact, imposing the rules of the game that are more favorable to their interests. An uneven fight, given the current correlation of forces.

In this context of increased public spending, the best positioned are once again the billionaires and large corporations. There is much talk about the eco-energy transition and the fight against inequality, about the public as the axis of a solidarity and sustainable economy, about health and education as basic citizen rights, about the need to turn the crisis into a window of opportunity to build the foundations of another economy … but the discourse of “reconstruction”, of the “reactivation of economic activity”, of a return to “normality”, an approach that clearly favors the elites, is increasingly imposed. which are claimed as key and irreplaceable pieces of this process and which, consequently, intend to play a prominent role in the allocation of public money.

They also have the capacity for pressure derived from their economic power, which has not stopped increasing before and during the crisis, power derived from an enormous concentration of income and wealth, which is becoming more and more pronounced, and which is a real hijacking of democracy. Because the marriage between economic and political power – whose most visible element is revolving doors, but which is also reflected in the multiple shared spaces, in family and shareholder connections, in the oligopolization of the business structure and in the control of large companies. media – is crucially conditioning both the financing and the distribution of public resources.

This conditioning undoubtedly exists when, for example, the European Central Bank benefits the main actors in the financial markets with its actions by providing them with resources under privileged conditions, or when it refuses to act directly on the public debt of governments, or when it draws up the list of the corporations that will access the bond purchase programs. There is also conditioning when the European Commission decides to tiptoe over tax progressivity, when the Government renounces imposing heavy taxation on large fortunes and assets and on large corporations, thus opening the debt spigot and placing public finances in the orbit of the financial markets that manage this debt; and also when it is agreed to inject large amounts of liquidity into large companies without there having been a public debate on the conditions that budget aid should govern. This is politics, bad politics.

Increasing the public budget substantially is a necessary condition to face the crisis – we do not stop at this point, but we believe that the Recovery and Resilience Plan launched by the European Commission has not lived up to the historical crossroads that economies are experiencing community, especially southern ones – but it is not enough at all.

It is necessary to ask whether the budgetary effort and the indebtedness of the States will lead to new austerity and adjustment plans, or if those who have the most will be made to pay. In our opinion, it is urgent to place the distribution of wealth on the political agenda, to defend the idea that high incomes and large assets should be taxed for the benefit of collective interests. As we have pointed out previously, this approach does not appear on the agenda of the coalition government, nor on that of the community institutions. It is here where the power of those at the top is once again appreciated, of those who do not stand for election, but who mark the roadmap of public institutions.

We are fully aware that inertia and resistance are very strong and the interests associated with them to maintain the status quo are very powerful. But we risk our lives on it. Today it is more important than ever to reaffirm that our lives are worth more than the benefits of multinationals and billionaires.

Barajas, El Prat and Palma, among the European airports that have lost the most flights