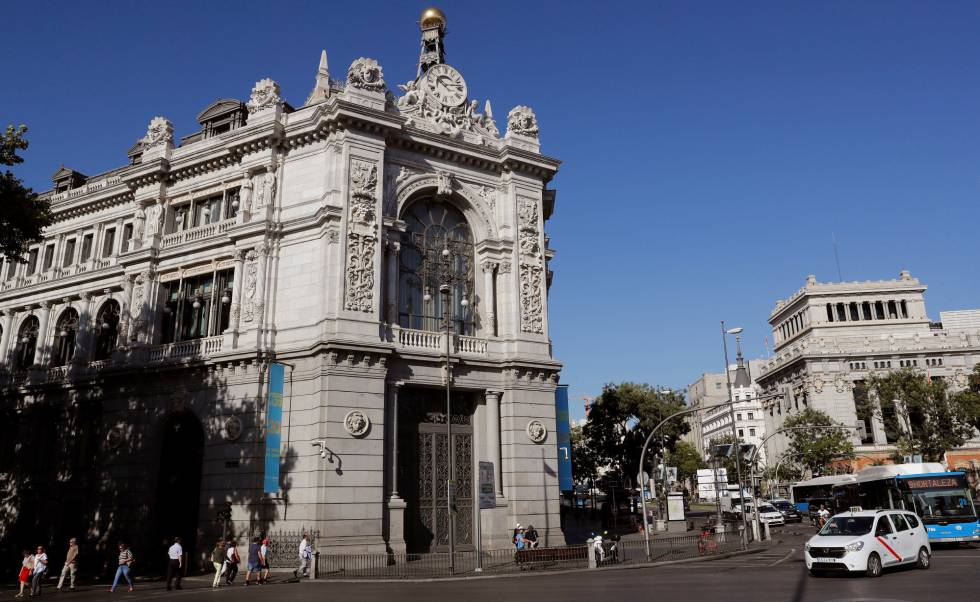 The debt of all public administrations closed 2019 at 1,188 billion euros, so it increased in absolute terms by 1.3% compared to December 2018, with 15,545 million euros more. However, investors often measure the health of a country’s finances through the weight of public debt on its wealth. In Spain, this amounted to 95.5% of GDP at the end of 2019, four tenths below the Government’s target (95.9%). This is the lowest figure since 2012, according to data published Tuesday by the Bank of Spain.

The public debt ratio fulfilled the objective that the Government had moved to Brussels in October, as the third vice president and minister of Economic Affairs and Digital Transformation Nadia Calviño said last week in her appearance at the Congress. Specifically, the public debt was reduced by 0.25% compared to the month of November, lowering 2,950 million euros, although in year-on-year rate recorded a 1.3% rebound compared to the 1,173 billion euros recorded at closing of 2018, adding 15,545 million euros more debt.

He also explained that the decrease has been possible thanks to the significant decrease in the net issuance of the Treasury, which last year was below 20,000 million euros, the lowest figure since 2007, as well as the “confidence of the investors in the Spanish economy, “which is translating into a” sustained “reduction of the risk premium, and to the” more efficient “management of the treasury of administrations.

Economy indicates that the data demonstrates the “commitment” of the Government to fiscal consolidation and the reduction of public debt as quickly as possible, and that will continue to be the way forward, with a target of 94.6% of GDP for this year .

The Bank of Spain has explained that the monthly debt data has been revised in the most recent period as a result of the incorporation of the usual changes that have occurred in the statistical sources, while the effect of the reclassification of some units In this context, he notes that, among recent reclassifications, the one corresponding to the Insurance Compensation Consortium (hereinafter, CCS), a public business entity attached to the Ministry of Economic Affairs and Digital Transformation, which has become included within the public administration sector.

It falls only in the Town Halls

By administrations, at the interannual level the debt only fell in absolute terms in local corporations, while it increased in the State, the autonomous communities and especially in Social Security. On a monthly level it fell in the regions and town halls. Thus, the State debt rose in December of last year by 4,310 million compared to the month of November, to 1,055 billion euros, 0.4% more, and compared to the previous year, it rose 2%, adding 20,367 million in a year.

On the contrary, the public debt of the autonomous communities was reduced by 0.8% in December, to 294,883 million euros, although at an annual rate it registered an increase of 0.5%. Meanwhile, local corporations reduced their debt by 5.2% in the last month of 2019, to 23,345 million euros, while dropping 9.5 year-on-year.

Finally, the debt of the Social Security administrations remained in December at 55,024 million euros, which marked its historical record. On a year-on-year basis, it grew 33.6%, totaling 13,830 million euros in just one year. This rebound in debt is due to loans granted by the State to Social Security in recent years to guarantee the payment of pensions, whose monthly bill is currently close to 9.7 billion euros, but in the months in which that there is extra pay, this doubles. In fact, the Government approved last March the granting of a loan from the State to the General Treasury of the Social Security amounting to 13,830 million euros to pay the pensions.

In July and December, Social Security jointly pays the ordinary and extraordinary payroll of pensions, a disbursement that currently reaches 19,000 million euros and that can generate liquidity tensions to the system. In fact, the Government has already announced that, in addition to the loan, to pay the extra Christmas it took just under 3,000 million from the ‘pension piggy bank’, so there are currently around 2,150 million left.

Hilari Raguer, the monk who wanted the Church to apologize for the Civil War, dies

Homeowners lower their sales expectations due to the pandemic

In 2021, Spain will be at the head of the countries with the greatest increase in bankruptcy proceedings