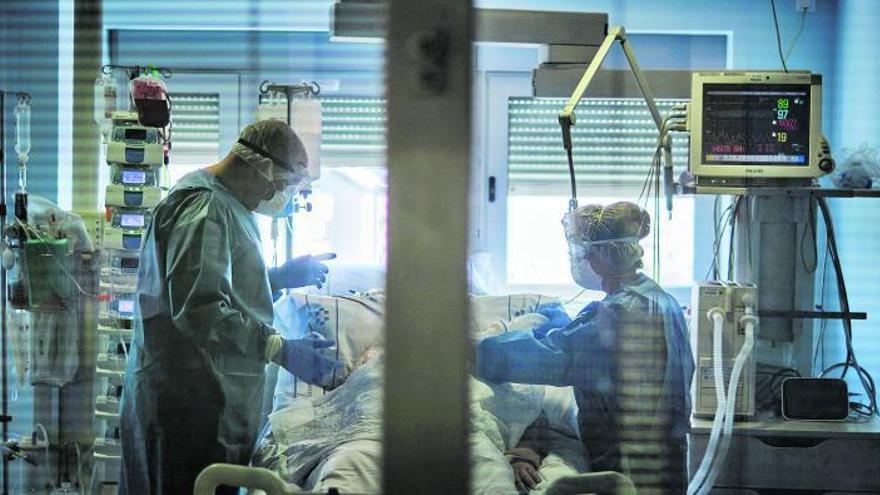 The necessary alliance between public and private health has been highlighted in recent times due to the health crisis caused by covid-19. Both sectors have indisputably suffered the consequences of this pandemic, from which there is now no other choice but to obtain some learning. Prensa Ibérica en Canarias, together with BBVA and Sanitas, organizes the Salud que sum forum, with the participation of professionals from both sectors to face the challenges of the future of the health service, digitization and the effects of the pandemic on mental health.

Moderated by the journalist Verónica Pavés, this forum held digitally included the participation, among others, of the commercial director of BBVA Seguros in Spain, Francisco Rey, who highlighted that "health is the most important thing" and therefore, the sector Healthcare should be based on "the multiple options that digitization brings us, as well as on public health accompanied by the value that health insurance brings, to take care of ourselves and the planet." The southern regional director of Sanitas Seguros, Ramón Guerrero, also drew a constructive conclusion from the pandemic, which has taught the public and private sectors to work together. The head of the Internal Medicine Service of the Sanitas CIMA Hospital and director of the Sanitas Digital Hospital, César Morcillo, opted for the positive side of the crisis since this situation "has helped us to highlight the importance of health care."

The managing director of the Nuestra Señora de La Candelaria University Hospital, Natacha Sujanani, also expressed that the pandemic has left two clear messages: the need to have science to address problems such as this health crisis, and the need for human contact within the institutions. The head of La Candelaria recalled that the fact that it was one of the Spanish autonomous communities in which the virus first broke out and the characteristics of a fragmented territory made "essential collaboration between all medical centers, both public and private." And this, "without the appropriate digital tools, we could not have faced it." "Hospitals ran the risk of collapsing and throughout that time the rest of the pathologies continued to exist, so we had to pitch in as in major catastrophes," the manager recalled. In this sense, he celebrated that the relationship between public and private centers in the Canary Islands "went beyond easy" and that is why he acknowledged that he is left with "a great sense of respect for all my colleagues."

He expressed that, given the new panorama of digital consultations, "we are the doctors who on many occasions show suspicion to approach these services", in which health "has had to get fully involved" to make "a qualitative leap" in the last months. He affirmed that this progress "is one of the few good things that the covid has left behind" although he warned that "there is still a long way to go." However, he reported that the positive part far outweighs the drawbacks that this paradigm shift may have since "hospitals receive a large number of patients and we must try to reduce that influx.

Francisco Rey recalled that "the health sector was already an important sector in 2020, when it accounted for 4% of GDP, but that amount has now increased, and currently reaches 6%." These changes have forced entities such as BBVA Seguros to have to adapt because, he stated, "policyholders demand appropriate solutions to their needs and, in that sense, technology is helping us to meet the demand posed by society." BBVA Seguros has spent a decade working on the digitization of its services with the aim of "offering a better experience and services to our policyholders" and that is why in recent times "we let our clients decide the way in which they want to interact with us, in digitally, by phone or in person, ”said Rey, who recalled that in this way the insurer offers its services 24 hours a day, seven days a week. "The customer is sovereign", declared the commercial director who acknowledged that "offering our digital services does not mean that all our attention is digital" since customers can continue to go physically to BBVA offices since, he concluded, "Digitization is not an imposition but rather opens up a range of possibilities for the customer to choose the way they want to interact with us."

Ramón Guerrero stressed that "reaching out has been essential to save lives." In the case of Sanitas, since 2016 it has opted for the development of video consultations, an advance that has been shown to be totally necessary during the pandemic, when the insurer already had 3,000 connected doctors who have attended to its clients. Like BBVA Seguros, "we have been betting on digitization for a long time, not because we thought it was something advertising, but because we believed that in this way we could make people's lives easier," said Sanitas' South regional director, who recalled that The pandemic has been a catalyst in this regard, since before the crisis only 9% of inquiries were digital, while in 2020 this figure doubled. In this sense, he specified that in the Canary Islands, so far this year "we have had the same number of video consultations as in all of 2020". The director summarized: “I don't know how many people will continue to go to the bank to make their transfers, but surely there are many fewer than ten years ago; It's the same with insurance ».

César Morcillo explained that Sanitas established more than a million video consultations in 2020, a trend that has continued after confinement because the patient has realized the comfort and savings that this service entails. Thus, in the last year the use of video consultation has doubled, from 9% to 15%. In this sense, he recalled that this service not only offers the possibility of making a synchronous consultation, but also lends itself to telemonitoring: monitoring the health of patients remotely so that people with asthma, hypertension or arrhythmia do not have to go to the hospital for a checkup. However, the director of the Sanitas Digital Hospital warned of the need to "put the focus on preventive medicine." In this sense, he recalled that this medical group currently has various programs to anticipate the disease with early diagnoses.

Among other aspects, the pandemic has left behind an increase in the contracting of insurance policies. “It is evident the importance that health has taken on for all of us,” said Francisco Rey, who stated that, in the face of this new reality in which citizens have come to take better care of themselves, “insurance comes to complement the good service offered by the sector. public health ». In this sense, he added that "insurance provides immediacy" since it allows anticipating the performance of tests. On the other hand, hiring these policies is of great help in certain areas of the country where public health does not reach: «In these cases, having health insurance where certain medical services do not exist can facilitate access to different specialists of all the national scope ».

In this sense, Ramón Guerrero affirmed that the increase in the hiring of policies responds to "a greater awareness of the population" because the pandemic "has made our priorities change" and in this sense, health has climbed positions. "We want insurance for our day to day, to monitor us, that is not only for serious things but to be able to make a query," said the representative of Sanitas, who recalled that, "if technology companies are betting on health and health companies are investing in technology, it is not by mere coincidence, but because we listen to our customers and everything tells us that society is increasingly aware and has the desire to take care of itself and be healthier.

Challenges for the future

Although the pandemic is gradually being left behind, this situation now leaves behind important future challenges, both for the private and public sectors. Francisco Rey requested continuity for the lines of collaboration that have been established between different sectors and entities to face the health crisis, thanks to which, for example, the rapid launch of the different vaccines against the coronavirus would not have been possible. The development of technology and digitization is another challenge facing the healthcare sector, with the aim of offering the customer "simpler and more personalized experiences". But along with all this, new risks will also have to be faced, but "insurance exists precisely to lessen the impact of these risks and we will deal with those that arise from the development of technology," said Rey, who concluded recalling that it will also be necessary to face the "challenge of sustainability, which will play an even more important role than that of digitization".

Ramón Guerrero agreed with Rey by highlighting sustainability as one of the challenges for the future: "We cannot be healthy if our planet is sick." Thus, thanks to video consultations, it has been possible to avoid the emission of more than 6,000 tons of CO2 into the atmosphere last year. He also emphasized the need to invest in prevention because currently only 2% of medical spending is allocated to this chapter and "that should make us reflect on whether we are doing everything that our clients want us to do for them."

Natacha Sujanani indicated that one of the challenges for the future is to increase investment in primary care, as well as in transversal programs for health promotion and preventive medicine. "More than trying to cure, what we have to try is that people do not get sick," said the manager of La Candelaria who recalled once again that "science is the answer to the great dilemmas of humanity" for which she called «Invest in what you have to invest».