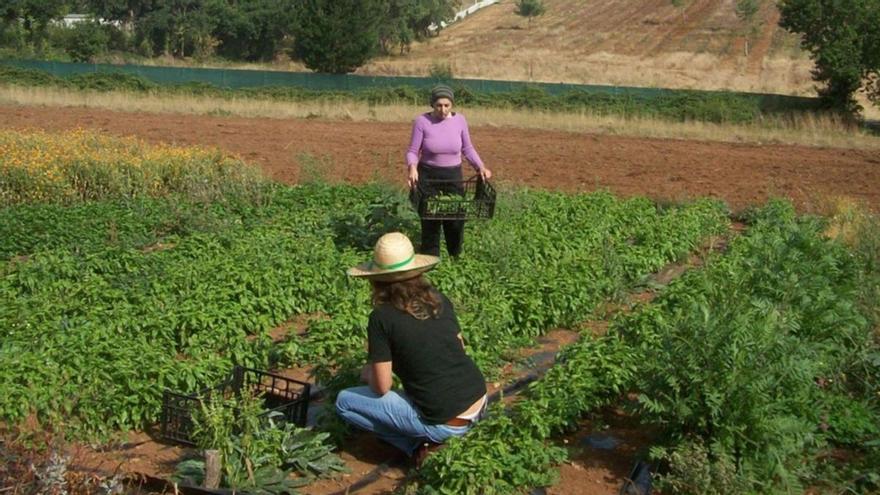 The field continues to play a role sexist in Spanish society. It is difficult to get out of that slope and more in the towns and rural areas, where women play a role imposed by the traditions that have governed that life away from the big cities. “Man first,” says Victoria Molina, president of the Federation of Rural Women’s Associations of Murcia (Fademur).

The latest study carried out in 2020 by this federation representing rural women indicates that 100%, that is, all the women surveyed indicated that they have suffered psychological abuse at least once in your life. After this type of aggression comes the physical, suffered by 78% of those surveyed, while the economic reaches 56%. Sexual violence has been identified in 39.13% of female victims and environmental violence in 34.78%.

In the framework of the International Day for the Elimination of Violence against Women (November 25), Molina emphatically points out that machismo continues to prevail in rural areas: “There are situations such as those that lead a foreman to see below the skirts of a day laborer when she climbs a perigallo (three-legged ladder) to pick fruit from a tree ». This, for the president in Murcia de Fademur, it is assumed as a normal attitude in the field and believes it necessary to “change your mindset”.

The profile of a woman who ends up not reporting these situations in the field occurs in those who are young and have not finished the Secondary stage, with a low socioeconomic profile and who “they don’t have the opportunity to look for another job“, says Victoria Molina.” If you complain, they point you out as problematic.

An eight-hour day for a day laborer in the rural world is accompanied by as many hours caring for children or dependents, “a role that they must fulfill, yes or yes.”

Fademur wants to promote in Murcia the law of joint ownership of agricultural holdings that allows women to register as owners of land together with another person. An action that would lead to reinforcing the role of women in rural areas. Now, according to Victoria Molina, president of Fademur in the Region, the “70% of agricultural land owners are men“, a dynamic that they want to change.

Today Fademur will organize a round table to delve into the crossroads between the economic and employment situation of rural women and their vulnerability to gender violence. Two experts on gender violence in rural areas and entrepreneurship in towns will participate: the psychologist and sexologist Sofía Gabasa and the social worker and sociologist Matilde Jiménez.