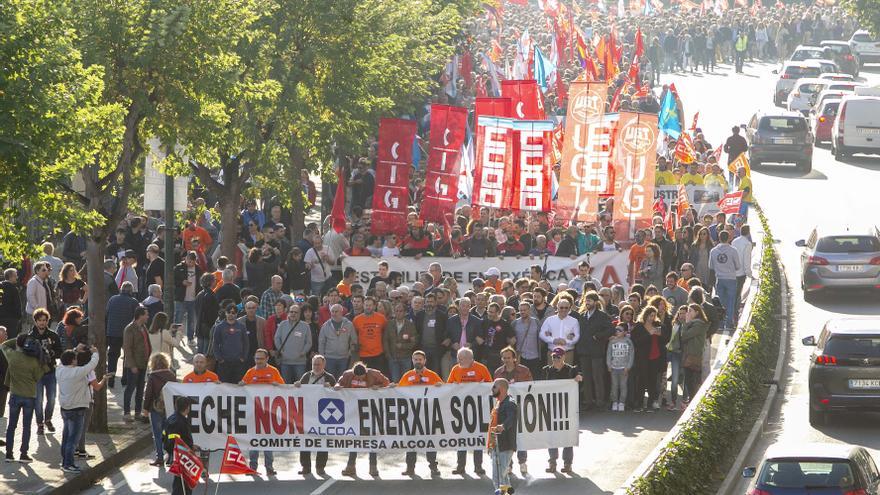 The PSOE, the PP and the BNG have agreed in Congress a transactional amendment to urge the Government to consider temporary public intervention “as soon as possible” of the primary aluminum factory of the American multinational Alcoa in San Cibrao (Lugo) in order to guarantee activity and jobs at this plant, as announced by the BNG spokesperson, Néstor Rego, in the Congress Committee on Industry, Commerce and Tourism.

The agreement calls on the Government “to adopt as many measures as necessary as soon as possible, including temporary public intervention for its subsequent sale to a private investor that guarantees a viable industrial project for the maintenance of industrial activity and jobs. at the Alcoa factory in San Cibrao “.

The possibility of intervening in the factory has been on the table of the central government for days. The Ministry of Industry has commissioned a report from the State Bar to evaluate the legal reserve of this measure, as eldiario.es reported, after Alcoa had rejected the purchase offer made by the Liberty group, in a move that the department headed by Reyes Maroto has described as a sign of “bad faith” on the part of Alcoa, that the Government intends to claim millions of euros in subsidies.

The deputy of the Galician nationalists has assured this Thursday that “there is no other alternative” to the intervention of the plant before Alcoa’s intention to close the factory and has urged the central Government and the Xunta de Galicia to “agree” to save the plant.

The closure, according to the deputy of Unidos Podemos Antón Gómez-Reino, has the objective of “not leaving a competitor” in the area, after the multinational’s withdrawal from the sale of the factory. “It is time to intervene” because “the State cannot allow the closure of companies in strategic sectors or with high added value,” Gómez-Reino has assured.

The initiative has the frontal rejection of Vox, whose deputy José María Figaredo has criticized that “PSOE and PP join these interventionist follies”, the “intervention of a private industry”, raised by “a criminal ideology such as communism.”