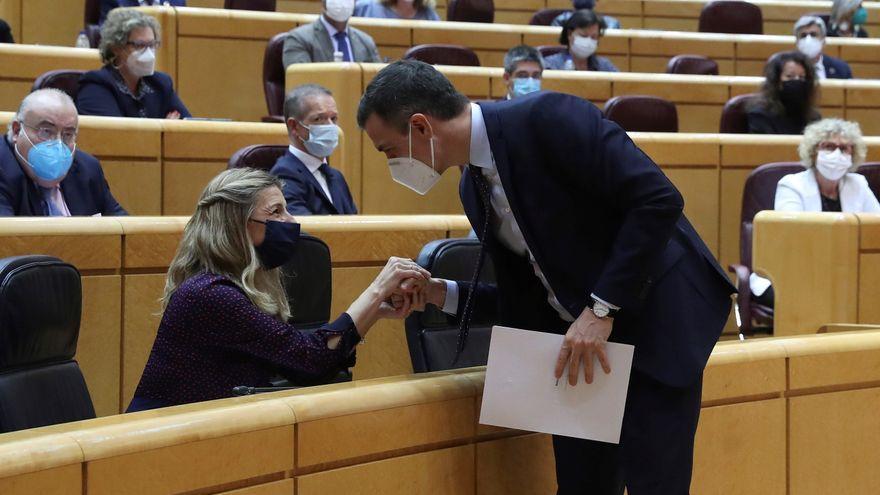 PSOE and United We Can have reached an agreement for the General State Budgets and the housing law, which was the main obstacle in the negotiation for the different positions regarding the regulation of rental prices. After a year of entrenchment, the Secretary of State for Communication has announced an agreement of which it has not yet given details. The presentation of the public accounts has already been delayed with respect to the calendar initially foreseen by Moncloa, which managed to approve them in the Council of Ministers this Tuesday. The intention now is to present them in an extraordinary Council of Ministers this week and, if not, next Monday, October 11 – since Tuesday is a holiday.

The Minister of Finance, María Jesús Montero, assured last week that the budgets were outlined in the absence of closing some fringes. The main stumbling block was the housing law, which the Socialists tried unsuccessfully to separate from the budget negotiation. In fact, this Monday the PSOE moved against the pressure of its minority partner. “In a government, ultimatums are not made, nor are there conditions,” said Ferraz’s spokeswoman, Eva Granados.

Talks between coalition partners have intensified in recent days. This Monday, the Minister of Finance, the Minister of the Presidency, Félix Bolaños, and the Minister of Transport, Raquel Sánchez, -and the Secretary General of Housing, David Lucas- held a meeting on the socialist side, together with the Minister of Social Rights, Ione Belarra. , to address the housing law, but they did not reach an agreement at that time.

The Socialists insisted on their refusal to put a cap on rents in stressed areas and bet on a system of tax incentives for owners as well as on freezing contracts as a formula to limit prices. That formula did not convince United We Can, which considered that it was not complying with even the programmatic agreement. At Monday’s meeting, Belarra proposed that the price ceiling operate only for large owners.

The details have been outlined this morning at a new meeting attended by “the ministers involved,” according to government sources. The Secretary of State for Social Services, Nacho Álvarez, one of the United We can negotiators, was caught off guard by Moncloa’s announcement of the agreement in an interview he was conducting on Canal 24 hours. “This news catches me in the middle of the interview, we will have to see what they mean. I insist, as far as I know, that agreement is not closed at that time and at this time,” he has limited himself to answering.