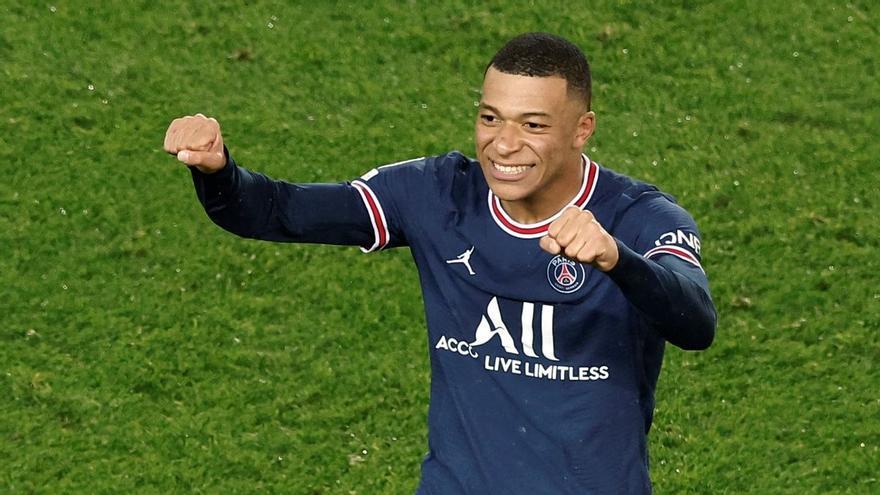 The Paris Saint Germain He is willing to do anything to keep Kylian Mbappe. The Parisian team has offered the French striker a 50 million macro contract net euros per season, indicates this Wednesday the newspaper 'Le Parisien', always well informed about current events in the Parc des Princes. To avoid the long-awaited (by the Madrid press) landing at Santiago Bernabéu de Mbappé, 23, whose contract expires at the end of June, the team owned by the Qataris will not save any of their petrodollars and has also put on the table a premium renewal of up to… 100 million.

"For a few weeks there has been a wind of optimism at all levels of the Parisian management offices”, assures the French newspaper. This astronomical offer, presented in the last two weeks by Leonardo to Mbappé's representatives, has made "a favorable outcome (for the interests of PSG) of this matter ceased to be a chimera”. However, "it is difficult to know exactly what response the Parisian striker will give to the latest proposal from the leaders", admits 'Le Parisien'.

The offer of the Parisians clearly exceeds that of Real Madrid. According to the French press, Florentino Perez I would have promised him a salary between 21 and 25 million per year and a signing premium of between 40 and 50 million. Mbappé, however, has shown on more than one occasion that he does not move only for money, although both clubs offer him astronomical income. During last summer, when he asked PSG to transfer him, he had already rejected a renewal offer of 45 million.

This time the PSG, in addition to all his wallet, has resorted to another tool of seduction: a short contract. His stay in the Parc des Princes would only last two more years, until June 2024. Which would allow Bondy's striker, known for his passion for Real Madrid during his adolescence, to change scenery in full football maturity. In any case, President Al Khelaifi will spare no effort to get him renewed. In this way he would avoid losing his most promising crac a few months before the World Cup in Qatar, the central axis of the sports geopolitics of the small, but very rich, emirate.

According to 'Le Parisien', the capital team has presented to the French financial administration a budget with a high increase in your spending, caused by the hypothetical astronomical renewal of the young scorer. If PSG achieves its renewal, it would have three of the four players with the highest chips in the world on its squad: Mbappé (50 million), Neymar (67 million) and Messi (67 million).

The Barça removes the claws in front of Pumas