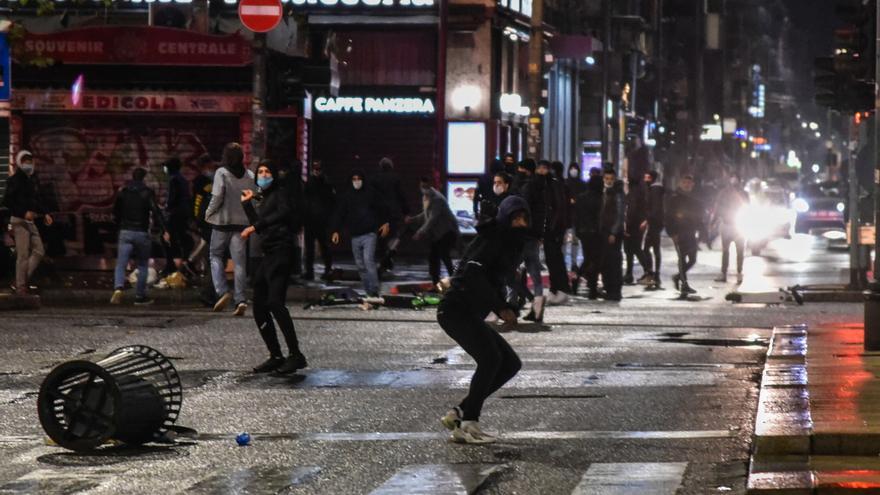 Last night there were riots in several Italian cities, such as Milan and Turin, during the protests against the closing at 6:00 p.m. of some activities and of bars and restaurants, decreed by the Government to stop coronavirus infections.

The riots ended with 28 people arrested in Milan, where groups of protesters threw stones, firecrackers and flares at the police and also at the headquarters in the Lombardy region. “Freedom, freedom, freedom” was the chant repeated by the crowds as they confronted the police in the center of Milan.

The same situation occurred in Turin, where hooded men confronted the police and destroyed some shop windows and looted the premises. The altercations ended with about a dozen detainees, according to the media.

The businessmen who demonstrated in various Italian cities to protest the closures have distanced themselves from these episodes of violence. During the day on Monday, there were also peaceful protests in Treviso, Trieste, Rome, Naples, Salerno and Palermo.

The possibility of infiltrating groups of fascists and ultras such as those that staged altercations in Rome two days ago is being investigated.

The Interior Ministry has expressed its concern about the tensions of these days, but has assured that the protests registered from the north to the south of the country had nothing to do with the sectors most affected by the crisis in recent months, “but with environments that had the specific purpose of provoking riots: ultras, right-wing extremists. ”

The government decree has come into force this Tuesday to curb infections, which have reached 20,000 a day, and provides that restaurants, bars, “pubs”, ice cream parlors and pastry shops may remain open only from 5:00 to 18:00. Gymnasiums, swimming pools and spas, as well as cultural centers, social centers, recreational centers and bingo halls, theaters, cinemas and concert halls have also been closed.

This Tuesday the demonstrations of the owners of activities that have been affected by the closures will continue.