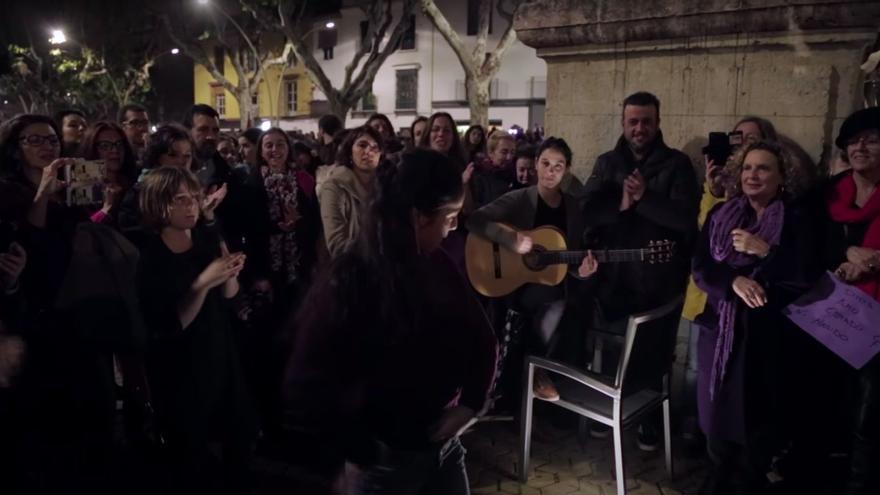 On June 3, 2010, a woman enters a Sevillian bank branch and empties her purse on her head. Coins rattle as they fall to the ground. Then, before the astonished gaze of the people, he starts dancing flamenco.

It is not an improvised show, it is part of a series of actions launched by the situationist folk group baptized as flo6x8; a collective that handles flamenco to criticize everyday life.

Julia Ramírez-Blanco, a professor at the University of Barcelona, ​​points out this action as one of the precedents of what would be 15M months later. He does so in a book that has just been published by Alianza and is entitled “15M. The time of the squares.” Because months before the spring protests began, the disastrous environment led to mobilizations, angry outbreaks caused by the economic crisis. Without a doubt, the most audacious demonstration had as its protagonists the people of flo6x8 who, charged with a critical conscience, dynamited the environment with art. Little or nothing was said about it. Today it’s time to celebrate their actions.

These days the events, solemnity and paraphernalia that surrounds official events arrive, turning the spontaneity of the past into merchandise of the present. Taking advantage of the dates, the book by Julia Ramírez-Blanco details what that movement was that came to postulate solidarity for a selfish time. From the precedents of “No to war” to the vulnerability of the Spanish brick, passing through the Arab Spring and the Icelandic revolution, Julia Ramírez-Blanco is putting us on the track of the circumstances that led people to occupy Kilometer 0 from the capital of Spain.

The work is very complete because it has not left out what in any other sociological work is overlooked, I mean the artistic part, where the aesthetics of the protest is conditioned by the denunciation of its background. Because where modern production conditions govern there is an immense accumulation of shows where relationships are falsified, and that deserves to be denounced.

For this, nothing better than putting on a show where authentic values ​​are expressed with purity. This is where this book takes value, which makes this work different from the others. In the chapter dedicated to “Flamenco Anticapitalista” we are given the measure of what is an artistic protest starring the flo6x8 group; a collective influenced by Guy Debord and William Washabaugh, in whose work entitled “Flamenco. Passion, politics and popular culture” (Paidós), the North American anthropologist emphasizes the political roots of flamenco art. With her work, Washabaugh is going to reverse the approaches that are projected from the top down, a typical way that most flamenco studies have accustomed us to.

Flamenco comes from below and, therefore, is a denouncing expression of the abuse of the penultimate towards the last. The libertarian roots of flamenco, the communist context where he develops his lyrics, has always been a rhythmic slap to the oppressor. Hence the flo6x8 group slaps capitalism with art every time it arrives at a bank branch.

Without a doubt, they were part of the inspiring current of 15M although few people know it. That is why it is very good that ten years later, when 15M only remains the ashes of the days and nights that we went out to ignite the protest, someone remembers it.