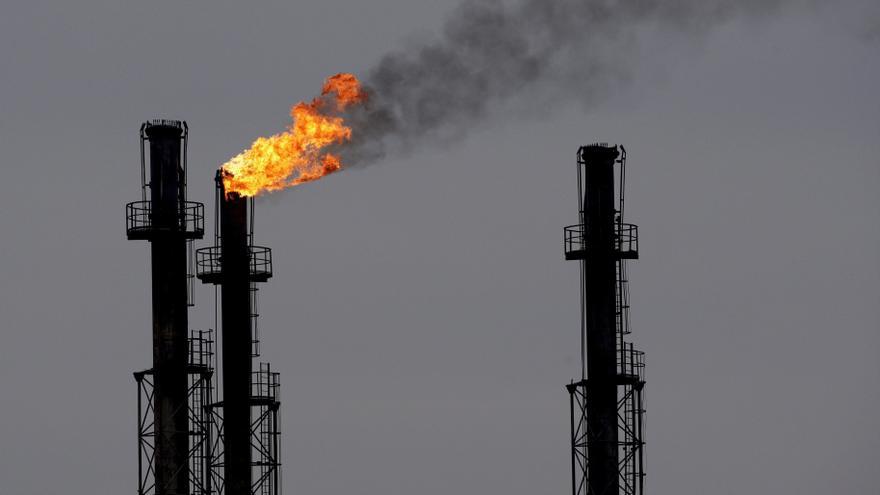 A climate change law? A European green deal? They are on the table, they are agreed and programmed. But the commitments of the Treaty on the Energy Charter, which protects investments in fossil fuels, complicate the achievement of the Paris Agreements in terms of emission reduction targets in 2030 and 2050. “It is impossible, it is impossible”, explains Yamina Saheb, former head of the Energy Efficiency Unit of the International Secretariat of the TCE and a member of OpenExp, “the protection of foreign investment in fossil fuels does not comply with the EU climate law, nor the Paris Agreement nor the EU taxonomy for sustainable activities “. And what consequences does it have? “By 2050, cumulative greenhouse gas emissions protected by the ECA could reach more than a third of the remaining global carbon budget for the 2018-2050 period, and the fossil fuel assets protected by the treaty would potentially amount to 2 , 15 billion euros “.

This summer talks began to modernize the Treaty. A new round begins this Tuesday, and there will be another in December. There is no final date for the negotiations, but in any case, the

The expansion process is stagnant and there are several very controversial issues in the treaty. The modernization round has started. The first meeting was in July. The second is on September 8 and the final one is in December. But it will not be easy to undertake major modifications “because there are countries dependent on investments in fossil fuels that are not going to support such reforms and any change requires the unanimity of the 55 signatory countries, including oil and gas exporters such as Kazakhstan, Turkmenistan and Uzbekistan, “explains Yamina Saheb.

Izaskun Aroca, one of the coordinators of the No to Trade and Investment Treaties campaign, affirms that “there are different elements that we consider necessary to address, such as the fact that the protection of fossil fuels is incompatible with the Treaty of Paris and the New Green European deal. For example, the Netherlands has just been sued for its decarbonisation policy with a view to 2030: Uniper has sued them for the closure of coal plants “.

The German energy company is suing the Netherlands for € 1 billion in compensation for the decision to phase out coal for electricity production. An arbitration case of this type that takes years to resolve and, along the way, generates insecurity in the application of climate policies.

“Increase the protection of investments in fossil fuels”

“The protection of investments in fossil fuels is enormously increasing the cost of the energy transition for taxpayers and therefore directly undermining Europe’s climate neutrality objective defined in the European Green Deal (the European Green Deal), launched by the President of the EU Commission, Ursula von der Leyen, “said MEPs Javi López (PSOE), Idoia Villanueva (Podemos), Sira Rego (IU) and Ernest Urtasun (Catalunya en Comú) in an article in eldiario.es: “Still in shock by the health and economic crisis of COVID-19, countries could be victims of a new wave of demands from investors due to the exceptional measures adopted in recent months. Spain was already an important target after the last financial crisis. And Spain is, to date, the most demanded State before ICSID arbitration [el Centro Internacional para el Arreglo de Disputas entre Inversores], accumulating a total of 47 lawsuits, of which 16 have already been resolved in favor of the investor. This represents more than 1,000 million euros. This figure is equivalent to almost 7 times the budget committed by Spain to contribute to the UN Green Fund to support actions against climate change. But there are still 28 unresolved claims against Spain, which could cost Spanish taxpayers up to 8 billion euros. ”

The Energy Charter Treaty is currently under review, but talks do not appear to be aimed at excluding fossil fuels from the treaty’s protection. In addition, the Investor-State Dispute Settlement (ISDS) mechanism, which allows companies to claim such compensation, is pending reform.

Can the EU leave the ECA? “There are countries that will not want to leave because a large part of their GDP depends on fossil fuels,” explains Yamina Saheb, who explains that the treaty has a deterrent: countries can be sued up to 20 years after leaving the treaty for their.

None of the signatories of the ECT – including the EU – is presenting these proposals, anticipating that the reform will not make the ECT compatible with climate commitments, nor will it address that the ECT’s arbitration mechanisms are incompatible with European law.

Indeed, the Commission considers the arbitration mechanisms between States and investors provided for in bilateral treaties between countries of the European Union or in the Energy Charter to be illegal; the truth is that they continue to occur, despite the fact that Brussels has indicated, in the wake of Achmea’s judgment, repeatedly that European investors “cannot resort to arbitration tribunals established in such bilateral investment treaties between EU countries or, for disputes between EU countries, to arbitration tribunals established under the Energy Charter.”

As published by Forbes, 67% of investors’ claims under the treaty are filed by an investor from a European Union country against the government of another EU country. Investors in Germany, Luxembourg, the Netherlands and the United Kingdom account for 60% of the 150 investors involved in claims. The lawsuit rate used by the TCE has also exploded in the last decade. There were 75 investor lawsuits filed in the last five years, compared to just 19 during the first ten years of the agreement (1998-2008).

And now, a new horizon opens with the demands. As published by El Confidencial, an ICSID court has confirmed that the claim of a German financial institution, which assumed the debt of a renewable energy project, is covered under the Energy Charter Treaty. This is Portigon, one of the investors who raised a claim against Spain in May 2017, and the president of the court and the arbitrator appointed at the request of Portigon ruled in favor that the financing bank could also claim, a decision that was not shared by the third referee, the one chosen by Spain.

“The problem is that the TCE cannot be modernized,” concludes Saheb: “And if you leave unilaterally as a country, you have to agree to exit and up to 20 years later it can continue to sue you, as is the case in Italy.”

“The negotiation process has also not set an end date,” recalls Aroca, one of the coordinators of the No to Trade and Investment Treaties campaign, “and the European Green Deal and the exchange law are pending. Spanish climate, because the treaty leaves little margin to cut investments in fossil fuels. The treaty was born in 1994 in a different context, and at a time when new legislative projects are being carried out in Spain and the EU, demands are coming, and in a covid scenario with emergency measures in which many law firms are advising to sue for the pandemic “.

Request for compensation for restrictions

Indeed, international firms recommend that their clients request compensation for the losses of the restrictions, according to a report by Corporate Europe Observatory. As entire households become ill with COVID-19 or are deprived of income due to job losses, politicians are considering bill-paying relief.

In Spain, water, gas and electricity providers are prohibited from cutting off the supply if households cannot pay their bills. In France and other countries where some tenants are no longer able to pay pre-crisis rents, calls for mandatory rent reductions are growing stronger. Investment attorneys are watching these debates in light of potential compensation claims from utility companies.

Referring to the suspensions of the payments of energy bills in the United Kingdom, the firm Shearman and Sterling criticize: “These measures inevitably affect the creditors by causing a loss of income. The measures apparently taken to deal with a serious problem but that otherwise disproportionately affect certain companies … may be inconsistent with international law. If suspension of payments to utility companies leads to bankruptcy, the question will arise whether the State considered appropriate financial assistance to address the suspension. ”

In other words: States could be sued for the relief of suspended utility bills, and lose if the courts find that the costs of these acts were borne “disproportionately” and the government did not do enough to support them.