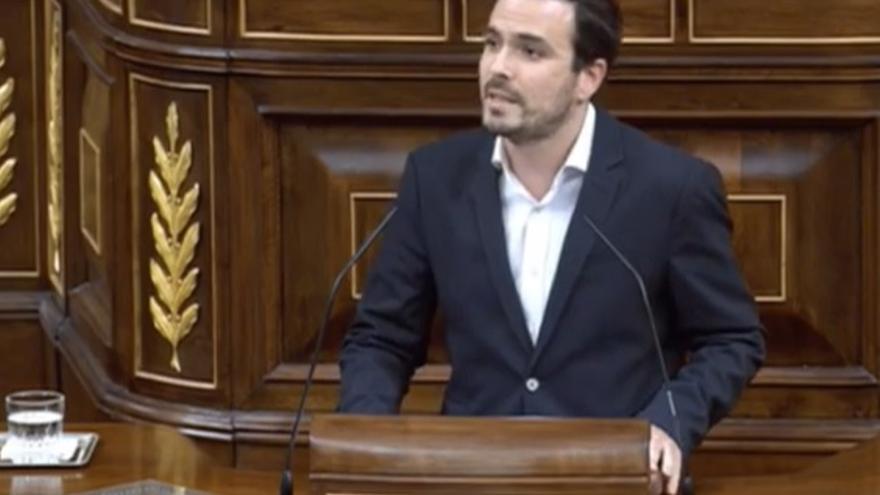 The Ministry of Consumer Affairs strengthens its proposal to regulate the advertising of bookmakers after the alarm state experience and once the opinions of civil society, opposition groups and the National Commission of Markets and Competition (CNMC) have been collected. The new draft of online gaming advertising sent to the European Commission on Thursday contains a reinforcement of restrictions on advertising for online gambling and betting in relation to its first version.

As announced by Minister Alberto Garzón in parliamentary headquarters, the new version has a level of restriction on advertising in line with the regulations that were in force during the confinement of the population in the worst of the coronavirus crisis. It also comes closer to that regulation “similar to that of tobacco products” promised by the government agreement signed in December between the PSOE and United We Can.

Among other things, the Government recovers its initial proposal to restrict advertisements from bookmakers on radio, television and video-sharing platforms. exclusively to the fringe of dawn (from 1.00 to 5.00 hours), as initially stated in early February. That proposal was later rectified when considering allowing ads (with limits on their content) from 8 pm on sports broadcasts, an aspect that was widely criticized by the CNMC for considering that it did not adequately protect the children’s public. Now it is amended again.

No bonuses or shirts

In addition, in line with the regulations in force during the alarm, the new text prohibits player recruitment promotions (so-called welcome bonuses), which in the previous draft were allowed with a cap of 100 euros. And another novelty: the draft specifies that “sponsorship in sports jerseys or kits will not be admissible.”

Likewise, consumer and user associations will be integrated into the Joint Monitoring Committee of the Code of Conduct on Commercial Communications of Gambling Activities, an organ that ensures compliance with the codes of conduct of the sector.

Since the initial draft was released for public consultation, the project has undergone modifications as a result of studying the allegations and “numerous” reports, according to Consumer sources, which indicate that 86 organizations and civil society associations have used the channels of participation to improve the project.

“The ministry, after listening to civil society, institutions and political groups that make up the parliamentary plurality, understands that there is a shared concern about the increase in gambling in the lives of young generations as a form of leisure.”

This “social alert”, already reflected in the Coalition Government agreement, “about the dangers of misuse of the game and the excess of its advertising, has spread generating a consensus. Almost all political options and parliamentary groups have also They have transferred that concern throughout these months. ”

The Garzón department adds that “the experience lived during the State of Alarm and the measures applied in the field of game advertising by the Ministry of Consumer Affairs have exposed the risks of overexposure to betting and gambling advertising to through the mass media and the internet. ”

“The advertising restriction measures have been a relief seen by addicted gambling associations such as FEJAR for confined families, and has resulted in fewer players approaching the world of online gambling for the first time.”