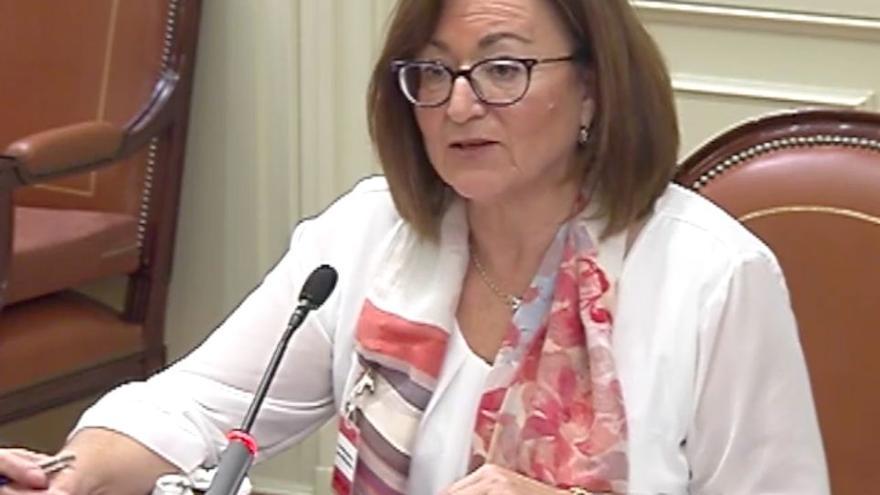 The progressive magistrate Mercedes del Molino is emerging as the next head of the Central Court of Instruction number 1 of the National Court. Mercedes Alaya’s seniority made foresee that she would be the next incorporation to the special court, to which she has aspired in the last five calls, but Del Molino’s decision to appear at the call rules out that the ERE instructor will join the National Court in this call, inform elDiario.es legal sources. Del Molino has the 738 in the ranking for the 811 of Alaya, in a position that is decided in favor of the candidate with the longest service in the judicial career.

With extensive experience and respected in the different sectors of the judiciary, the arrival of Del Molino once again closes the way to the National Court to Judge Alaya, who has been appearing in the last calls seeing how, at the last moment, she always appeared a candidate older than her. The deadline closed last Friday, November 12, at midnight. The choice of Mercedes del Molino depends on whether instead of the option on-line, a magistrate has chosen to present his candidacy through the postal mail.

Ana Mercedes del Molino, from the Association Judges and Judges for Democracy (JJpD), participated in the investigation of such relevant cases in the nineties as the wiretapping of Cesid or that of the reserved funds of the Ministry of the Interior, in this case covering the resignation of the current Supreme Court magistrate Ana Ferrer. More recently, he was a member of the court that judged the Madrid Arena tragedy. In the last election of president of the Provincial Court of MadridDel Molino obtained the support of 10 members of the CGPJ, imposing the challenged magistrate of the Gürtel trials Juan Pablo González, with 11 votes in favor of his candidacy, including that of the president, Carlos Lesmes, who broke the tie.

The possible landing of Mercedes Alaya in the National Court has been worrying both the right and the judicial left because of the way in which the magistrate has instructed such mediatic cases as the ERE, which sources from both sectors consider chaotic. When José de la Mata left for an international square, the Central Court of Instruction number 5 was released, in which important cases such as box B of the PP were investigated. Only the presentation of the candidacy of Santiago Pedraz on a Sunday, the last authorized day, prevented Alaya from taking over the aforementioned Court.

To do this, Pedraz left the position of the Central Court of Instruction number 1 free, which he combined for a few months with his new assignment, until the CGPJ elected Alejandro Abascal as temporary holder. Upon taking the position, it was another veteran, Francisco de Jorge, who prevailed over Alaya and the rest of the candidates for seniority last May.

But the ‘Jorge solution’ presented a problem: he is in a special service situation at the Vienna Office on Drugs and Crime and recently informed the CGPJ that he had extended his term there. The Council then summoned a position for judge from 1 until De Jorge returned. When that occurs, the magistrate who won the contest would be assigned forever to the Criminal Chamber of the National Court.

Precisely, the next place that could be convened in the National Court would be the one that has been left vacant in the Criminal Chamber the magistrate Ramón Sáez, who will occupy a chair in the Constitutional Court. Mercedes Alaya, with a fairly low number in the ranks, will have another opportunity to reach the National Court then.