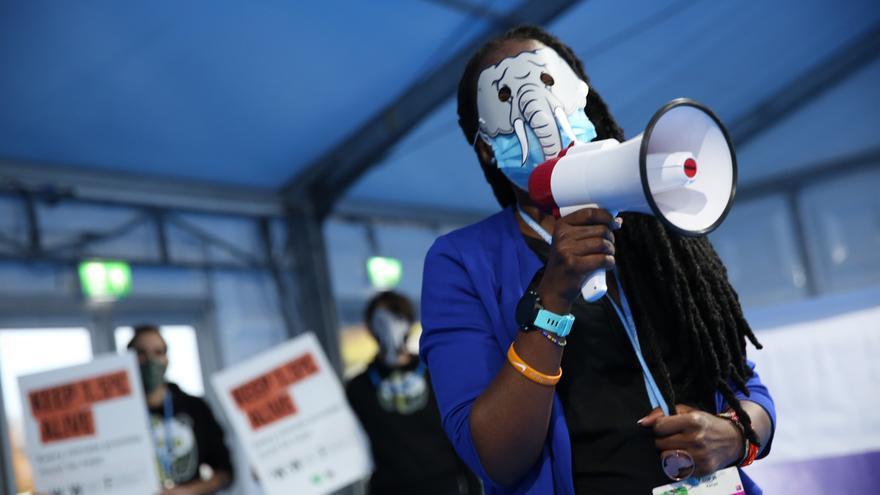 The Glasgow Climate Summit goes to a standstill on fossil fuel subsidies, financing for impoverished countries and carbon markets. The text proposed by the president of COP26, Alok Sharma, has been beaten by the delegations so, a few hours after being born, it was already clear that he was not working: had watered the de-escalation of subsidies to oil, coal and gas and “deeply regretted” that funds promised ten years ago for vulnerable states have not been completed, but without the money being put on the table.

“Those subsidies have to end, how can you make a facelift of this?” Said US special envoy John Kerry. “We are one of the largest producers of fossil fuels and their subsidies, but we have to eliminate them and we are going to do it.”

This has been one of the knots that have entangled COP26. How not to ask in a forum that tries to tackle climate change that billions of public euros stop supporting the use of the main source of CO2? Saudi Arabia has given the answer: “No one disagrees that the limit of a maximum temperature increase of 1.5ºC must be achieved, but we must find common ground on how. Nothing can appear to break the balance”, his delegate has snapped in front of the others.

Behind the Saudis, the entire Arab Group has been sheltered, which includes 22 states such as Egypt, the Arab Emirates, Iraq, Kuwait, Libya and Jordan. Russia has not specified anything in a public circumlocution and Australia has kept silent.

Sharma’s attempt to create a consensus on this issue by qualifying the first version of the draft agreement that he sent a simple mandate to end subsidies has not convinced those who have pushed in that direction. Not only the US, but the European Union has refused to admit this wording to incorporate the ‘fossil countries’ into the final declaration. “Experts have said that there are no efficient subsidies in this field, so it makes no sense to incorporate them”, has analyzed the third vice president Teresa Ribera.

Official statements of disgust on this aspect have been happening – and this is a request, not an obligation. “Fossil fuels are a pain and our destruction,” illustrated the representative of the Marshall Islands. The Small Island States, 38 countries especially vulnerable to climate change such as Grenada, Puerto Rico, Samoa, Micronesia or Seychelles, cried out: “We only ask that they not be paid.” The series of criticisms has lasted more than two hours.

It is not strange that the UN climate conferences are lengthened, but it is true that, after repeating the Presidency in each appearance that he planned to end on Friday afternoon, a plenary session is marked by as many statements of disgust as this Friday.

“For Kenya, for Africa, the warming of 1.5ºC of the entire planet means 3ºC” –not the whole globe is heated homogeneously–, the Kenyan delegate stressed. “That is why we cry and bleed with droughts and torrential rains.”

The African country put words to malaise that has been brewing in impoverished countries for seeing their financing need ignored: “One excuse after another for not completing the $ 100 billion fund that was agreed to more than ten years ago for 2020. But now … we are told that the same will be in 2023. Our confidence is shatters. “

So this other point on the agenda has also built resistance. The truth is that the discourse around the COP tends to focus on the reduction of emissions, the accelerated warming of the planet by the delegations of developed countries, but, for vulnerable states – which suffer more from climate change having released little CO2– The resources to access green energy technology, adapt their territory to the effects of the crisis and compensate for the damages and losses they are already experiencing are almost a red line.

The final coda is in the emissions market. It is becoming a recurring stumbling block since this mechanism was introduced in Article 6 of the Paris Agreement. The European Union is concerned that it will serve to cheat more than benefit, while the leading voice that wants to have a very free hand on this matter is Brazil to take advantage of its forest and the carbon that the trees have captured for years – a carbon that, before or later it will return to the atmosphere because the trees die.