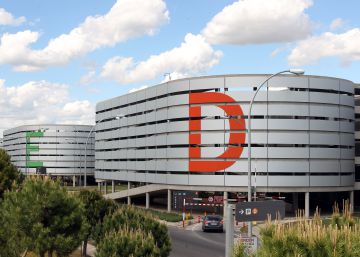 Proa negotiates to recover Saba. Criteria, the top shareholder of CaixaBank and current owner of Saba, has opened negotiations exclusively with the venture capital fund to acquire the first Spanish parking manager, according to financial sources at CincoDías. The agreement would involve Proa attracting at least one more partner that allows it to disburse the 1,500 million to which the company is valued.

There are operations that are always on the table of venture capital operating in Spain. And one of them is Saba. Criteria sold 49% to Torreal, KKR and Proa itself, with a view to an IPO that never occurred. In 2018, thanks to the funds obtained from the sale of Abertis in the Atlantic and ACS bid, it regained control over 100% of the company and this spring entrusted the investment bank AzCapital and the law firm Garrigues to undertake its sale.

The hólding piloted by Isidro Fainé received at the beginning of the year the first offers, among which two international funds with exposure in the sector, Macquaire and First State, stood out. The sources consulted indicate that the bid of the first – which started as a favorite in the beginning – has been discarded, while the offer of the American vehicle remains as an alternative if negotiations with Proa get stuck. A spokesman for Criteria has declined to comment.

In its previous stage in Saba, Proa took 10.5% of the capital. The financial muscle of the manager led by Fernando Ortiz is not enough to get a company that closed the year of 2018 with a turnover of more than 200 million euros. More after closing the purchase of Pastas Gallo for 250 million months ago.

In parallel to negotiating the purchase with Criteria, Proa seeks in the market a partner that gives him the financial muscle necessary to undertake the operation. Everything indicates that brides will not be missing. And it is that parking lots have been a coveted object of desire for venture capital and infrastructure funds both Spanish and international in recent years. In addition to the aforementioned investment of KKR, Torreal and Proa in Saba, Macquaire himself bought in 2017 the main competitor of Saba, Empark, for 1,000 million. First State is the owner of Parkia, which until 2016 was in the hands of the Swedish fund EQT and Mutua Madrileña. And Mirova has Indigo in its portfolio.

Criteria now seeks to squeeze the appetite for parking business. In 2017 he paid KKR, Torreal and Proa 438 million for the 49% they held in Saba, of which Fernando Ortiz's fund pocketed 45.99 million. This operation valued the company at 893 million. Now the Catalan hólding seeks to obtain about 607 million more, although the sources consulted indicate that the tension in Catalonia after knowing the judgment of the process can moderate its price expectations, where it has a good part of its assets.

At this time, Criteria has dedicated itself to fattening the perimeter of Saba and internationalizing it. He has entered the United Kingdom, Germany, Slovakia and the Czech Republic after buying Indigo assets in these countries. These acquisitions amount to 170,000 more places in its portfolio. Thus, the company currently has 378,676 seats, distributed in 1,207 parking lots in eight countries.

A good part, more than 300, correspond to administrative concessions, mainly with Adif and Aena. Among them, the contract to manage the parking of Atocha and the airports of El Prat and Barajas stands out. Aena will resolve in the coming months the concession of the latter's parking lots, currently held by Empark and Saba, which will be final to determine the final price of the operation.

Before reactivating the sale of Saba, Criteria restructured the debt of its investee, which has risen in the last year to 550 million. 66% are referenced at a fixed rate. In 2017, he refinanced the loan he had with CaixaBank since 2014. Paradoxically, this operation meant closing his relationship with the Catalan bank, a reference investee of the Fainé holding. He extended the amount to 465 million, delayed its expiration to 2021 and syndicated it with a group of financial entities. This new financing, fully available at the end of 2018, has allowed Saba to boost its international expansion with the purchase of several companies. To this credit is added a 124 million policy signed by its subsidiary Barcelona d'Aparcaments Municipals.