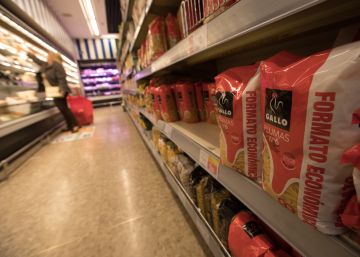 The shareholders of the private capital fund of the consumer sector ProA Capital they have agreed to buy a majority stake in Grupo Gallo, in order to boost the company's growth and the brand of dry pasta, sauces, flours, breadcrumbs, fresh products and ready meals Rooster, has reported in a statement.

The operation, subject to the pertinent authorization of the National Commission of Markets and Competition (CNMC), will involve the consolidation of ProA Capital in the consumer sector.

Gallo billed 200 million euros in 2018. Founded in 1946 by José Espona Bañarés, the second generation has been at the head of the company since his death in 1997, diversifying production, inaugurating the first and only fresh pasta factory in Spain in 2018 and transforming its Esparreguera factory into the only one dedicated, exclusively, to the production of gluten-free pasta, with cereals other than wheat, according to the statement.

The sale of Gallo comes after the Espona brothers agreed to the operation, after years ago some of the members opted for it, but without achieving unanimity. Since it was launched on the market, different companies have considered themselves interested, such as Ebro Foods. The starting price was around 200 million euros.