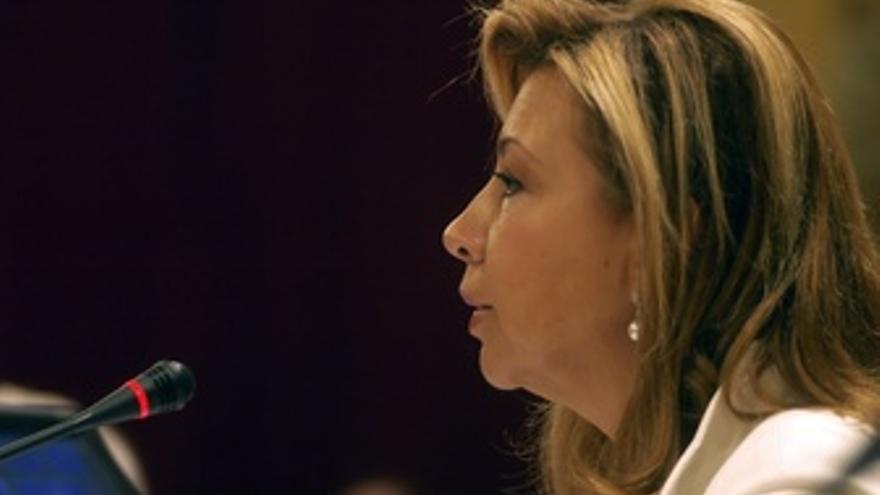 It was the star infrastructure of Unió Mallorquina (UM) at the head of the Consell de Mallorca, the institution whose key was handled expertly, over two legislatures, by the disappeared party led by Maria Antònia Munar, who since 2013 has been serving several prison sentences for corruption. The Palma-Manacor highway, inaugurated in 2006, became the most expensive —and ambitious— work of all those promoted by UM and one of the most expensive nationwide. However, the economic damage it caused to the public coffers has made it the epicenter of the last pending court case against the defunct formation.

Eleven years after the investigations into its construction broke out, the so-called 'Toll case' is expected to be tried in the coming months. Up to thirteen builders and former senior political officials will sit on the bench, before a popular jury, under requests for a conviction that add up to more than 154 years in prison as a result of their alleged involvement in the bribery that, according to the investigations, accompanied the execution of route. The investigations indicate that some 42 million euros, both in cash and in the form of materials destined for the road, ended up in private hands. The defendants deny the accusations.

Among the alleged embezzlements is the construction of a villa by one of the former officials of the Consell with funds - up to 699,000 euros - supposedly from the money budgeted for the road. The owner of the property, located on land owned by his wife, also a defendant, camouflaged the construction of a Chinese temple of meditation paid for, he alleges, thanks to the private donations of the partners of an entity of Chinese philosophy, Pachi Tanglang.

The former director of Works of the Consell Antonio Orejudo, owner of the house-philosophical center and who is among the former leaders of UM prosecuted in the framework of this case, surprised with his allegations the investigating judge of the case and the prosecutor in charge of the investigations, Miguel Ángel Subirán - currently investigated for the alleged irregularities committed during the investigation of another judicial process, the Cursach case. The defense of the former high-ranking official proposed the testimony of numerous witnesses from Taiwan and Japan, who told the magistrate that they had contributed funds to build the temple with the aim that "a teacher from the organization would rest there." The judge came to describe the defendant's arguments as "surreal".

The alleged tricks don't end there. According to the investigations carried out since the investigations exploded in 2009, other former senior officials also wanted to take advantage of the execution of the infrastructure. In fact, the Prosecutor's Office points out how public officials came to offer the owner of a well-known Mallorcan restaurant —Es Cruce, located on one of the sides of the Palma-Manacor highway—, the asphalting and conditioning of the premises' parking lot and bill it to the joint venture in charge of the highway construction work, made up of the companies Melchor Mascaró, Electro Hidráulica, Obras y Pavimentos MAN, Aglomsa, Itinere Infraestructuras, MAB and Sacyr.

In return, the public accusation relates, the owner of the premises organized for free, among other celebrations and banquets, two dinners "for recreation" for the workers who were in charge of the works, as well as a banquet on the occasion of the communion of the son of another of the defendants in the 'Toll case'. The alleged favors also extended to the homes of former UM officials, where they had carried out renovation works that were subsequently billed to the UTE of the highway.

The Prosecutor's Office places at the center of the alleged plot the one who was the head of the Roads area of ​​the Consell de Mallorca, Antoni Pascual, who, according to the investigations, came to accumulate hundreds of delivery notes for the road works in his office. Investigators maintain that he was aware of the goings-on during the construction, although he emphatically denies having incurred any type of irregularity.

Faced with the accusations leveled against them, the defendants, who recently tried, without success, to bring positions closer to the accusations, oppose the theses that have led them to the bench. They allege that no economic disaster could ever have occurred in the coffers of the Consell de Mallorca since the construction work did not fall directly on the UTE in charge of the works, but was awarded to a company, Pamasa, established just a month before taking over the contract for the work. According to their statements, it was later when the company decided to subcontract the work to the UTE.

The 'Toll case', after a long judicial pilgrimage, will shortly be designated for prosecution. And if it is confirmed - by ruling - that such detours occurred, the doubling of the Palma-Manacor highway would become the paradigm of corruption linked to the favorable treatment that has emerged in the Balearic Islands in recent decades and the outrageous construction in a island, Mallorca, collapsed by infrastructure, roads and golf courses. A policy based on cement, asphalt and brick - and accompanied by hundreds of complaints - against which, for decades, numerous environmental groups have raised their voices.

The Sóller tunnel, origin of corruption

Not in vain, another execution, the Sóller tunnel, designed in the eighties, could be considered another of the most controversial works of the last thirty years in the archipelago. To win the award of the works, a Mallorcan financier came to entertain the then president of the Balearic Government, Gabriel Cañellas (PP) with 50 million pesetas. However, in 1997 the Provincial Court and, later, the Supreme Court, acquitted Cañellas by declaring the crime of bribery against him prescribed. Before the judicial decisions arrived, José María Aznar had already forced his resignation as head of the regional Executive. The construction of the Sóller tunnel was at the heart of the first major corruption case in the Balearic Islands.

Meanwhile, the investigations around the Palma-Manacor highway constitute just one of the numerous cases of corruption that, in 2011, led UM to its dissolution after several decades of pacts with PP and PSOE at the head of the main institutions of Balearics. A circumstance that earned it its eternal status as a hinge party and the deployment of a broad political power, emanating, above all, from its founder and leader, who presided over the Consell de Mallorca between 1995 and 20017 as well as the Balearic Parliament from 2007 to 2009 , when she was forced to resign from office and to abandon politics in the face of the ever-increasing siege of the Anti-Corruption Prosecutor's Office.

By then, the prosecutors had already uncovered multiple irregularities in the management that the regionalist formation had carried out while in office. The capture of votes for the party with public funds, the diversion of money destined for the pockets of the members of UM or the hiring in different institutions of workers who were actually engaged in carrying out work for the benefit of training, barely they draw part of the judicial trajectory of the party. The RUM Headquarters Registry two days before its dissolution it became one of the first carried out in the dependencies of a political party in the history of democracy.

The Government enters 15% more for IGIC and 30% spending