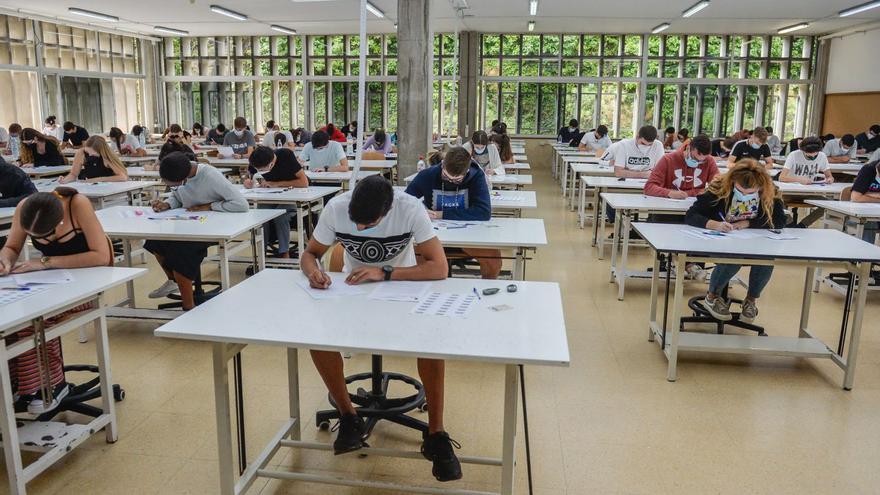 However, the general director of Universities specifies that Aneca -National Agency for Quality Assessment and Accreditation- will have the “last word” on whether or not the careers approved in the Governing Council are implemented on October 28 . “If Aneca authorizes it, that degree is offered, but if it says no, it will not be offered.”

In the Canary Islands there are four private universities and at the moment, none meet the requirements of the new law. As an example, Ramírez pointed out that with the previous decree, the University of Las Hespérides, approved in the last legislature, only needed eight degrees, to receive authorization from the Ministry of Education for its implementation.

The new Law, in addition to requiring a minimum of 18 degrees -graduate, postgraduate and doctorates-, also requires, in order not to lose university status, that the offer be diversified by branch. “This means that a university that only gives degrees in social and legal sciences, or only in the area of ​​health sciences, cannot be called a university.” It is necessary to give undergraduate, postgraduate and doctoral degrees in three of the five branches of knowledge -Art and Humanities, Social and Legal Sciences, Health Sciences, Sciences, and Engineering and Architecture-. “Right now, private universities are oriented where the business is, and the law now requires them not only to implement more degrees, but to do so to be a university, and not just to earn money.”

Therefore, while the two public universities of the Canary Islands already have a consolidated offer of degrees in all branches of knowledge, the private centers are in the phase of deciding which new degrees to implement and which does not involve a high investment, so as not to vanish.

There is, however, a rejection on the part of the public universities to the approval of degrees in the private ones, especially when they suppose a duplicity that until now had not been allowed between them. As an example, a few years ago the University of Las Palmas de Gran Canaria requested the implantation of the Psychology career, but the Canary Government rejected it because it already existed in La Laguna.

The fact that Psychology or Medicine is now approved in the private sector is due, according to Manuel Ramírez, to the fact that the private university is a private initiative that is not paid for with public money. «Today a private university can do whatever it wants because it is its money. The Canary Islands have never made an academic moratorium and this is a free market. Here, at the time, the PP mounted the university bubble by facilitating the creation of chiringuito universities. In the end, you cannot say no to a private company if it meets the requirements, because as a company, in a free market, it wins it in court, as has already been seen ».

This procedure is different for Canary Islands public universities, because 86% of their budget comes from public money, from the Autonomous Community of the Canary Islands. “In this case, the Government can say that, instead of putting the same degree, it would be better to put a double degree that combines that degree with another and thus the offer is enriched, not duplicated. At the time, the Government did not approve the implantation of Psychology in the ULPGC because one criterion prevailed, that of quality ”. The regional head of university policy affirms that the ideal is a complementary offer between both public universities “so that the Canary Islands have the best possible offer of degrees to study in the Canary Islands.”

Regarding whether private universities will pose a threat to public ones, Ramírez expressed his conviction that they will not, taking into account the role that the future Organic Law of the University System will play. “It will be necessary to see if the private ones are still universities in five years or they are going to be called something else, because here the university bubble has to deflate, it cannot be that you are giving unfair competition to a real university, when in reality It is an academy where it is not investigated, nor is it transferred ».

The general director of Universities insisted that the future regulations of higher education «will put order in the disorder that was created five years ago, where it was considered that the university was a way of doing economics, people are not aware that education is more than a business. If the private sector wants to be a university, it will have to invest a lot of money, and perhaps it will not be so much business ”.

Manuel Ramírez stressed the importance of public universities putting the focus on quality and added that in the future strategy of university education in the Canary Islands in which they work, five years from now, accountability and transparency acquire a greater role. , “Because the Canarian public universities cost citizens 445 million euros a year.” And in this sense, he stressed that “within university autonomy, it is also necessary to increase the capacity to attract resources in other areas.”