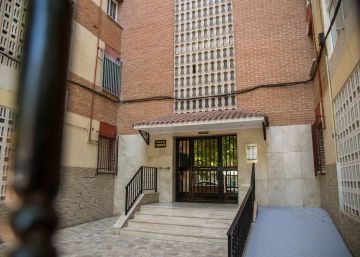 The holder of the court of instruction number 5 of Murcia, on duty, has ordered this Sunday the entry into pretrial detention of the three arrested by the National Police as alleged perpetrators of a multiple violation to a woman in a flat squatters from Santa Rita street in the capital, a known area of ​​drug retail.

As reported by the Superior Court of Justice of Murcia, the fourth person arrested in relation to this case occurred on Saturday, a Ukrainian woman who is accused of an alleged crime of omission of relief, has been released with the obligation to appear in court.

The events occurred at noon on Saturday in a house at number 6 on Santa Rita street in the Murcia capital, an area frequented by drug users, when the victim was in the building's portal and was forced to enter the building, as denounced the National Police.

This woman, about 40 years old and a foreign nationality as well as her alleged aggressors, was found minutes after one o'clock in the afternoon on Cánovas del Castillo street by a pedestrian, with a bloody face and other signs of violence. He notified 112, so police officers and health workers moved to the area to help her before she was transferred to the Reina Sofía hospital.

The four arrests occurred minutes later in the same house where the sexual assault was committed thanks to the physical description provided by the victim.