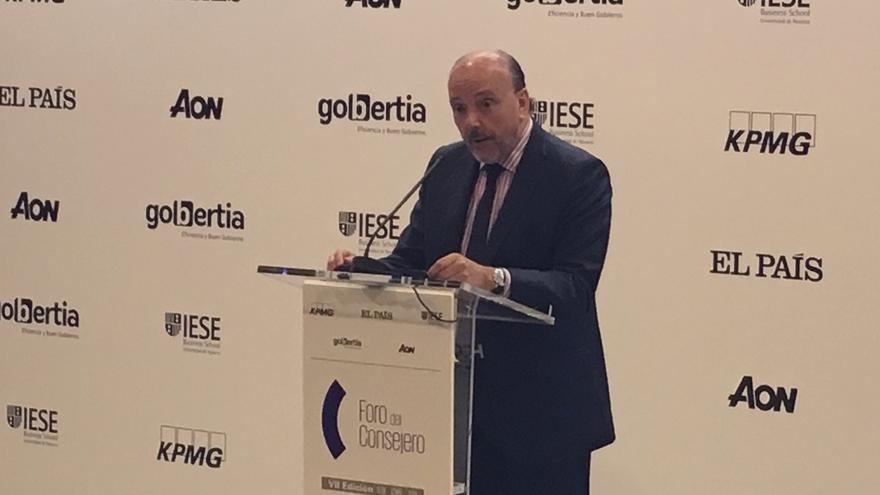 Prisa has summoned this Friday at full speed to the members of its board of directors to analyze the proposed acquisition of the media business unit, where the newspaper El País and Cadena Ser stand out, by businessman Blas Herrero. Sources familiar with the operation predict a stormy meeting since there are several shareholders who have clearly positioned themselves against an operation, understanding that it values ​​the assets well below the market price.

Herrero, owner of the Kiss FM radio chain, sent a letter proposing the creation of "a limited liability company" in which a group of investors led by him "would have a significant stake, but not necessarily control" , and the current shareholders of the Spanish communication group could "participate in the capital of said company by making, like the aforementioned group of investors, monetary contributions to its share capital".

Sources familiar with the operation have revealed to elDiario.es that the Asturian businessman's proposal would reach 33% of the society that would bring together the Prisa media. The problem is the low valuation that Herrero has made for these assets. Sources from Prisa have admitted that several shareholders have shown their surprise at the little money offered, about 150 million euros, when "only the radios in Latin America are worth around 100 million. A newspaper like El País cannot be sold for less than 150 million. We received an offer for 50 million only for 70% of the Colombian station, Radio Caracol. "

Other shareholders recalled that the company has carried out two capital increases (in 2018 and 2019) and that a refinancing has just been closed, so they do not want to know anything about offers "that do not reach 500 million euros."

At the same time, some shareholders do not understand the forms or the rush when dealing with such an important transaction. The CEO of Prisa, Manuel Mirat, announced at the last General Shareholders' Meeting that the company's roadmap was to carry out a split to divide the company into two different companies, one for media and the other for Education, with the editorial Santillana, and that a part of the publishing house would be sold to reduce a debt that exceeded 1,000 million euros.

In the same sense but with other arguments, another shareholder assures that when Prisa "is divided into two, in which the Education company would assume the largest part of the debt, the media company would revalue much more. Blas Herrero's operation It seems that it is designed so that someone does not have to launch a takeover bid by Prisa's media and for Herrero's company to serve as a screen. "

"It would be a bit incomprehensible to accept Blas Herrero's operation from a management point of view. The company's management has promoted the split of the company, with which there could be a listed media that would have a higher price in the face of to its sale and it would be more beneficial for the shareholders, which is quite reasonable. Blas Herrero's offer is difficult to accept, he enters as a majority shareholder with 30% of a company for little money, and the current shareholders of Prisa would have to disburse more money to participate in the capital of that company, "emphasize sources familiar with the operation.

In the same vein, other sources have emphasized the lack of sense in taking one of the arms of the company up for sale at such a low price when the company began to clean up. Prisa announced that it would dedicate 400 million from the sale of Santillana Spain to repay 35% of its debt. "The sale of Santillana Spain has radically changed the situation. It is no longer necessary to sell short-term assets," they insist.

This same shareholder assures that they are trying to start this operation without first going through the Shareholders' Meeting. The same sources have pointed out that according to the statutes of the company there would not even be time for them to arrive at the Extraordinary Meeting of next December 18 where the sale of Santillana Spain to the Finnish company Samona will be addressed.

In addition, this shareholder has assured that Blas Herrero attended a meeting with government representatives a couple of week ago to explain the operation and try to obtain approval or, at least, not meet the opposition of the Executive, but left Moncloa with empty handed. To questions from elDiario.es, government sources denied that such a meeting had taken place.

Sources familiar with the operation have admitted to elDiario.es that the hand of the president of Banco Santander, Ana Botín, is perceived too clearly as a murderer of the purchase of Prisa's media, which has already fought for the president of the Javier Monzón company, with the support of the old socialist leadership, the same one that tried to end the leadership of Pedro Sánchez in the PSOE.

But the sale would not only have the rejection of the Executive, it would also have to overcome the misgivings of Telefónica, which controls 10% of Prisa, to participate in an operation with the protagonist that took 200 million euros from him. This is the amount that Blas Herrero obtained from Antena 3, when he was a subsidiary of the telecommunications operator, after an award that forced the company then chaired by César Alierta to pay that amount for the increase in audience that the group of radio stations achieved. Kiss FM.