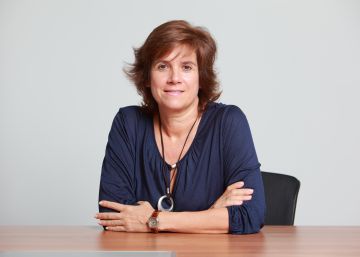 HURRY, EL PAÍS editorial group, closed the first semester with a gross operating profit (ebitda) of 100 million euros, 21.8% less than in 2018. However, discounting the seasonal effect, since it is the first semester (lower public sales of books in Brazil and Mexico) and other extraordinary ones, ebitda grows by 4%. "The operating result, therefore, has behaved in line with expectations," said the company, which maintains its growth forecast for 2019. The board, meeting this afternoon, has approved the appointment of Maite Ballester as a new independent director, as announced in a statement.

The group appreciates that the appointment as an independent director of Ballester, a professional with extensive experience in the financial and business world, “represents a step forward more than PRISA in its commitment that at least 30% of the council is occupied by women in 2020, in line with best corporate governance practices ”. There are three women in the body, consisting of 13 members, seven of them independent directors. Ballester replaces Francisco Gil, whose work was widely recognized by the rest of the council, which he joined in November 2017.

The company has communicated to the stock market regulator its results from January to June. In the first six months of the year, the group recorded revenues of 571.9 million euros, compared to 629.1 million in the previous year. The company recalled that the exchange rate has had a negative impact on revenues of 6.7 million euros and 1.4 million in ebitda, due to hyperinflation in Argentina and the evolution of currencies in Brazil. The net result shows losses of 51.5 million euros, although the comparable result, excluding the dispute with Mediapro and its impact of 40.8 million, is 10.7 million losses, compared to 2.4 million of 2018.

Results "in line with expectations"

PRISA insisted that the results are completely in line with the expectations set by the company. The company “estimates that during the second half of the year, public book sales in Brazil (both in the middle cycle and in repositions), public sales in Mexico, the expected evolution of average businesses and non-strategic asset sales of the divestment plan, rather than compensate for a first semester marked by seasonality. Therefore, the group maintains the growth forecast for 2019 ”.

The company has successfully completed the capital increase for the purchase operation in Santillana this semester. The net debt at June 2019 stands at 1,180 million, after the planned payment to 3i for its departure from PRISA Radio (36 million) and precisely, for the 25% repurchase of Santillana.

By business units, Santillana points out that subscription models have grown by 200,000 students, 14%, with the total number of students in this system reaching 1.4 million. For the second semester, Santillana expects significant growth, mainly explained by the registration of replacement requests from Brazil and public sales from Mexico, by the end of Spain's campaign with news regarding the previous year and by the increase in Institutional sales in Brazil.

Regarding the radio division, the company highlights the 3% operational improvement of the semester, despite the positive impacts of the World Cup and various political events that took place in 2018. Without these effects, the company Increase is 14%. Advertising revenues increased by 4% in Spain, above the market average, with good performance in both national advertising (1.1% increase) and local advertising (6.4% increase). PRISA Radio also forecasts an operational improvement in the second half of the year.

The press business shows an ebitda growth of 3.6 million in the first half of the year, despite the positive impact of the 2018 World Cup. Advertising revenues grow 3%, driven by the good performance of digital advertising, which rises 11% in the semester. "To this is added an improvement in the margins of circulation of 30%, as a result of the agreements and efficiency measures implemented the previous year," explains the company statement. PRISA Noticias also expects operational improvements in the second part of the year.

In the digital press business, PRISA has the largest global news platform in Spanish, with 129 million unique browsers and a presence in Spain and Latin America. EL PAÍS occupies the first position in news websites in Spanish and one of the most prominent in the world. Diario AS strengthens its growth in Spain and its international expansion. According to ComScore measurements, in June 2019 it managed to beat its historical record, with 13.4 million unique users in Spain, a figure that globally rises to 54.2 million browsers.

Meanwhile, Media Capital's advertising revenues grow 1%, above market behavior. The company has managed to keep costs in the second quarter of the year and has reached a margin of 28%, in a market, such as Portuguese, extremely competitive. TVI reaches an average daily audience of 24% in prime time and of 20% in 24 hours, while the radio enters 27% more, with an improvement of the ebitda of 60%, until reaching six million euros.