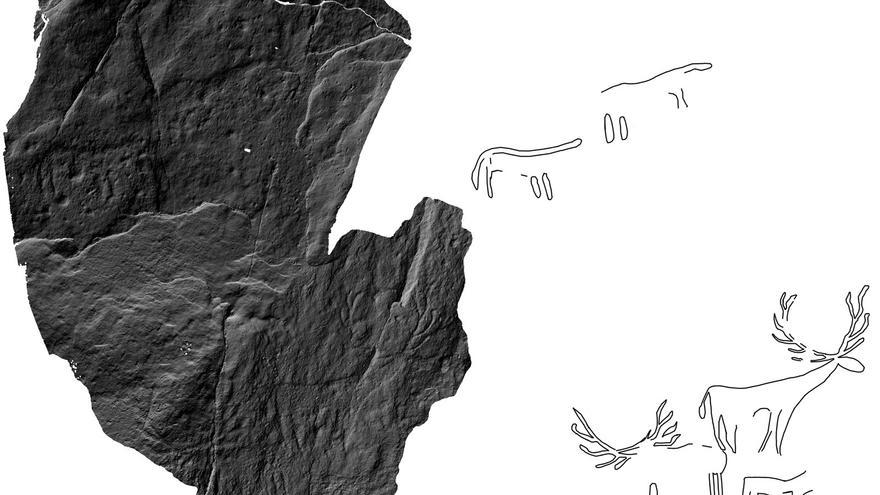 London, May 31 (EFE) .- A series of engravings of deer made between 4,000 and 5,000 years ago has been discovered in the Dunchraigaig Cairn burial mound, in western Scotland, which is the first time that prehistoric engravings of animals in that region, reported Monday the agency of Historical Environment of Scotland (HES, in English).

The engravings, which date to the Neolithic or early Bronze Age and were found by chance by archeology photographer Hamish Fenton, show two male red deer with large antlers, considered the largest species of deer at that time.

In another engraving, more quadrupeds appear, two of which appear to be young deer, HES said in a statement.

The Scottish agency stresses that these are the “oldest” animal engravings ever found in Scotland “and the first clear examples of Neolithic or early Bronze Age deer engravings throughout the UK.”

Fenton has expressed his “surprise” at finding the works “unexpectedly”, which he discovered when he focused his flashlight on part of the ceiling of the tomb, while walking through the archaeological site of Kilmartin Glen.

The HES notes in its note that deer were an important source of food at that time, while antlers were used as tools, among other things.

Despite this, no representations of these animals had been found before, the most common prehistoric engravings in Scotland being those of concentric rings, whose use or purpose is unknown.

The main researcher of the so-called HES Stone Art Project, Tertia Barnett, notes in the statement that, “until now, it was believed that there were no prehistoric engravings of animals from this time in Scotland, although they are known in other parts of Europe” .

“It is very exciting that they have been discovered for the first time in historic Kilmartin Glen,” he stated.

According to Barnett, the finding also indicates that “local communities recorded animals in addition to concentric rings, which is in line with what we know of other Neolithic or Bronze Age societies, particularly in Scandinavia and Iberia.”