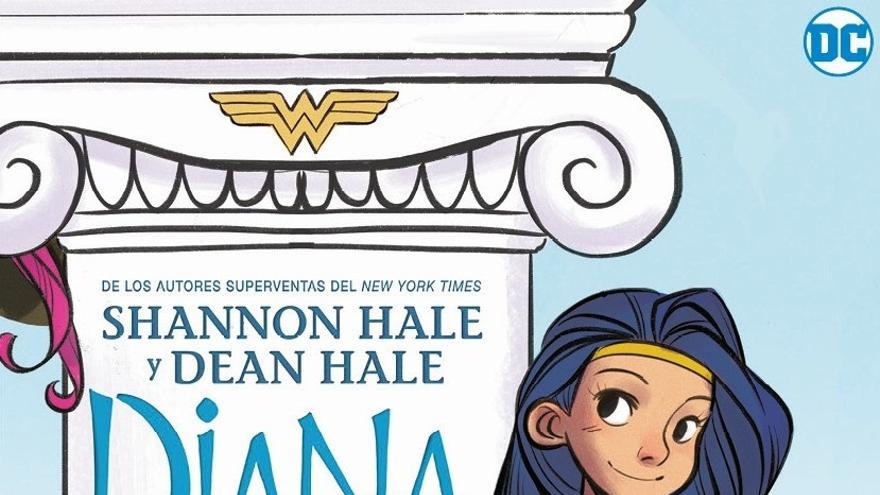 Madrid, Dec 28 (EFE) .- What do we know about the childhood of superheroes? Well, rather little, and that is why “Diana: Princess of the Amazons” is a good read for young and old, because it immerses us in the childhood of “Wonder Woman”, that superheroine who now monopolizes the screens of cinemas.

And those in charge of introducing us to a little “Diana”, as this powerful woman is called, are Shannon Hale and Dean Hale, a best-selling American couple who firmly believe that “children deserve to see superheroes as children,” they tell Efe. in an interview on the occasion of this book published in Spain by the Hidra publishing house.

A comic that presents a story about how to overcome mistakes that, why not, can make us heroes. Although of course, the mistake in that case is made by a young “Wonder Woman” to whom neither her mother nor the rest of the inhabitants of Temiscira, that location in the DC universe where the immortal warriors live, let her do what she likes the most. to her, fight.

In this case, the Hales directly address the children’s audience and show a Diana playing ball, looking for animals or spying on her aunts, “white games”, because for them the games do not belong to “a single genre” says Shannon.

But although the comic is children’s, these cartoons, they assert, also aim to “understand more” superheroes as we know them, that is, as adults, with all their developed powers.

“We are very used to seeing superheroes as competent adults, but of course they were all children once, as are all of us. Above all, I think it is a fascinating storytelling tool. What would our favorite superheroes have been like? As kids? “Shannon wonders.

Likewise, in this work, the values ​​are present, because if there is something in each of the superheroes that populate our imagination, they are values, those for which they fight to the point of exhaustion with the sole objective of saving us from the very bad guys.

For this reason, this marriage narrator of the lives of the little heroes with powers considers that these characters are, “despite all their powers”, “characters with both positive and negative attributes”, because they not only have a bright side, but another dark that tortures them.

“Characters are more interesting and create the best stories when they are flawed, just like all humans. ‘Wonder Woman’ was certainly an aspiration for me as a child. I hope seeing young Diana as a fairly normal girl helps Young readers will see the superhero potential in them too, “asks Dean.

And it is that this author, who along with his wife has become a best seller in the United States with the children’s comic “The princess in black”, loves “all superheroes”, but especially “Wonder Woman”.

“She is special to me because she didn’t accidentally become a hero, she chose him, she became the hero she becomes by the choices she makes. And the characters that drive their own destiny always feel more interesting and vital to me, “he says.

Thus, from the United States, both propose the reading of this comic just when the new adventure of this imposing woman who is the only superheroine decided to be, has arrived in Spain, something that others cannot boast of, especially those who have been the product of human experiments.