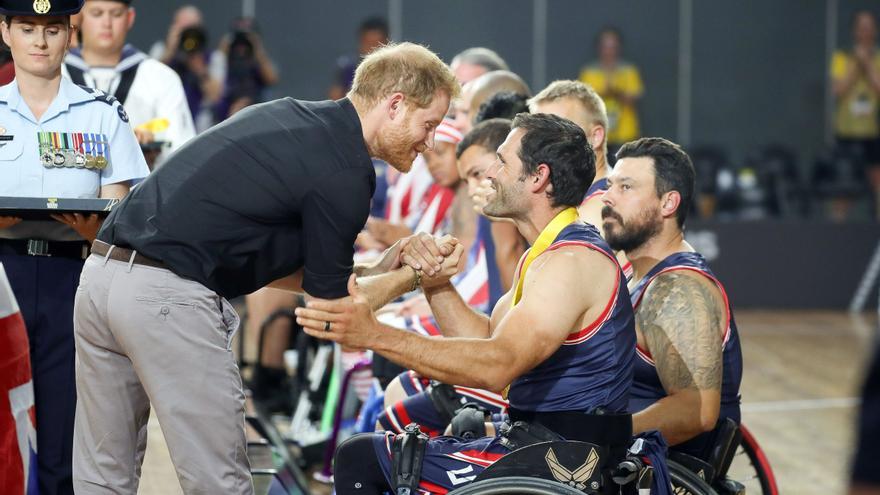 Los Angeles (USA), Apr 6 (EFE) .- Prince Harry and the Duchess of Sussex, Meghan Markle, announced today the documentary series “Heart of Invictus”, which will be the first Netflix project of their audiovisual company , Archewell Productions.

“Heart of Invictus” will follow in the footsteps of a group of members of the armed forces who suffered accidents or suffering from illness and who are now trying to reach the Invictus Games, a competition promoted by Prince Henry for servicemen with disabilities or injuries.

Prince Harry will executive produce “Heart of Invictus” and will also appear on screen in a yet-to-be-determined role in this first Netflix project from Archewell Productions.

Director Orlando von Einsiedel and producer Joanna Natasegara, who together won the Oscar for best documentary short film for “The White Helmets” (2016), will take the reins of this series.

“From the first Invictus Games in 2014, we knew that each competitor would contribute in their own unique way to form a mosaic of resilience, determination and resolve,” Prince Henry said in a statement today.

“This series will provide communities around the world with a window into the moving and inspiring stories of these competitors,” he added.

Netflix chief content officer Ted Sarandos said Tuesday that Archewell Productions is developing “an ambitious catalog” that reflects the values ​​and concerns of Harry and Meghan.

“From the moment I met them, it was clear to me that the Invictus Games hold a very special place in their hearts and I couldn’t be happier to see that their first Netflix series will show that to the world in a way that has never been seen before, “he added.

Disconnected from royal life, Prince Henry and his wife have lived in California (USA) since the spring of 2020 and, in addition to their collaboration with Netflix, they have tried their luck on the radio with the Archewell Audio podcast on Spotify.

The Duke and Duchess of Sussex were the subject of a major controversy in March when, in a CBS interview with Oprah Winfrey, Meghan accused the British Royal House of racism, singled out Buckingham Palace for perpetuating lies about her and Harry, and admitted that he had suicidal thoughts because of the pressure he suffered