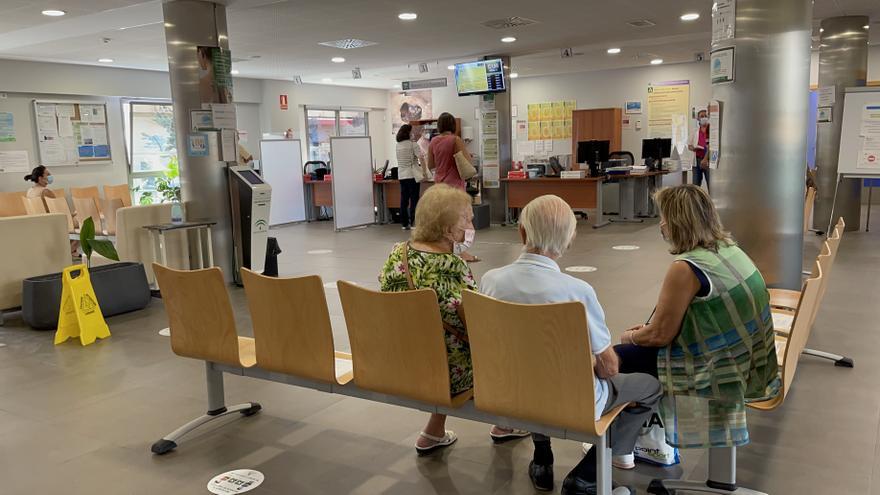 Primary Care continues in the hole. The base of the health system does not lift its head, not even now that the infected with coronavirus that for a year and a half have taken over the health centers have loosened. The sanitary consensus is total: the situation is "critical". 51 trade union organizations, scientific societies and associations in defense of public health in Spain have joined in a unique movement. They have all signed a manifesto which is intended to be the beginning of a mobilization to urge the authorities to act now against a precarious situation that, they warn, could put the population at "risk".

With waits of up to 15 days to schedule an appointment in some territories (either by telephone or in person), patients, anxious about delays, go directly to the consultation without being summoned, which further clogs the agendas in a vicious circle in the one that the system collapses. Professionals fear that precariousness will end up denaturing Primary Care: that it will lose closeness, the ability to follow up and immediacy, the essences that differentiate this level of care from others.

"One does not call the doctor to say: see me in ten days. Almost all the demands are for today and that causes us on a daily basis that many people go without an appointment. We have an incredible saturation of patients not cited", explained Pedro Ibor, family doctor in the Valencian Community, in a press conference organized by CSIF.

The testimony is repeated in other centers in Spain. "Suddenly you see the agenda with three patients scheduled at the same time. How can it be? They are what we call forced patients, those that we assume without being planned, also, for example, if a partner is missing and they distribute us their appointments ", explains Irmina Saldaña, who works in a health center in the Pacífico neighborhood, in Madrid. His outpatient clinic "is not one of the worst ones": there is a vacant position that has not been filled for months, so that all patients do not have an assigned doctor; each time it touches them with one.

The delay generates "unexpected visits" that cause "anxiety to the people who come and to us because there is a barrier," continues Saldaña. "The patient feels rejected if we tell him that this is not urgent and sometimes you do not have time for good communication," says the doctor, who assures that the last months have made him question his vocation and his ability to endure in the profession .

In Andalusia, the Ministry of Health even speaks of a "different normality" that involves accepting that the attention will not be quick, unless it is urgent. The average delay in this community is almost four days. The Xunta de Galicia has lowered the Primary Care budget for 2022 while registering waits of almost a week.

"Before we waited for surgery or for a specialist to see us, now this also extends to Primary Care, which is based on proximity and continuity," explains Manuel Martín García, from the Federation of Associations in Defense of Health Public. The latest plan outlined by the Community of Madrid to bring health centers out of the abyss, rejected by the unions, includes the so-called "non-delay agendas." Something that in the opinion of María Fernández, vice president of the Spanish Society of Family and Community Medicine (SEMFyC), "violates the same concept of Primary Care."

41% of family doctors in Spain had quotas greater than 1,500 patients before the pandemic, the maximum that Health sets for adequate care. "People without appointments have always existed, but now we have a structural part, because there are not enough professionals, which forces us to distribute ourselves to many people," another doctor, Jorge Olmedo, points out. She works in the Ibiza health center, in an upper-middle-income neighborhood in Madrid where a significant part of the population has private insurance. "The situation changes a lot depending on the area of ​​the health center. Here on bad days I see 40 patients in one morning; in the south, on good days they see 50," he says. The budget project of the Community of Madrid, however, works with a care forecast far from these real figures: 28 patients per shift.

Olmedo, who barely has a waiting list, clarifies that unscheduled patients are of a very diverse nature: "from asking for a prescription to severe stomach pain." "I understand the population, if you have to wait 15 days because a lump has come out, which can be a thousand things, you worry and want to be treated," he assumes, "although we also see a prescription for paracetamol in this way, which does not it is urgent".

Neither the Ministry of Health nor the autonomous communities periodically publish data on delays in Primary Care appointments as is done with surgical waiting lists, for the specialist or for diagnostic tests. The Workers' Commissions estimate that it can last up to two weeks, although the situation varies considerably even within the same region depending on the health center and the population it serves. "It is a state secret", Martín García ironizes. The closest thing that can be approximated, and is outdated, is the latest Sanitary Barometer published, based on the information reported by the patient himself and corresponding to 2018. The survey shows that almost half of the citizens waited more than one day but it is not specified how many.

The department of Carolina Darias has convened this Thursday the Technical Committee of the Interterritorial Council of the National Health System with Primary Care as the only item on the agenda. Union organizations, medical societies, patient associations participate in the meeting ... Initially, Health had summoned the unions separately but has canceled this call, according to what this medium has learned. At the end of September, the Ministry brought together all the health advisers in the Canary Islands to address the reconstruction of Primary Care. The meeting came out, to the disappointment of health workers, only a statement calling on all administrations to have a special Action Plan ready by the end of the year. Neither budget nor measures were discussed.

The General State Budgets for 2022, which are being debated these days in Congress, have also been received with some disappointment. The Government of Pedro Sánchez has planned an investment in Health of 6,600 million euros, 10% less than last year due to the reduction of European funds for the acquisition of vaccines. 176 million are specifically for Primary and Community Care.

The manifesto signed by 51 organizations calls for investment in PC to be close to 25% of healthcare spending. CCOO estimates that between 15,000 and 20,000 professionals are lacking in health centers of all categories "to have a well-dimensioned staff," explains Humberto Muñoz, secretary general of the CCOO Health Federation. In 1982, Primary accounted for 20.2% of the entire health budget in Spain. After a sustained decline, in 2017 it stood at 14.2% (9,500 million euros out of 66,600). Investment in hospital care was 4.6 times higher.

The "degradation" of Primary Care it began, according to professionals, a decade ago. The 2008 crisis drowned out funding and as it began to recover, the pandemic arrived. The bill for almost two years of exclusive dedication to treating a new and unknown infection that caused thousands of deaths has been many neglected chronic patients who must be rescued now and "all postcovid pathologies." "All this has created a bottleneck that is saturating us," said doctor Pedro Ibor.

Human resources are the most pressing problem. Especially because of the immediate difficulties for the generational change. In five years, half of the medical tutors will retire and there is no relief, as published The country. Taken to the micro: of the staff of 19 doctors and pediatricians of the Ibiza health center, four are retiring next year and their colleagues do not know if they are going to fill those places. If there are vacancies, the patients will have to be divided among all. Olmedo also recalls that a year and a half of pandemic has left health workers "very touched", especially older professionals. As in the general population, some suffer from persistent coronavirus or have suffered casualties also for psychological reasons.

Professionals are clear about the diagnosis and, furthermore, they maintain that having a strong Primary Care is good for the system as a whole. "We solve up to 90% of health problems", underlines María Fernández, vice president of the SEMFyC. "A good PC is cheaper because if I know my patients a lot, I will know how to treat them when they come with recurrent dizziness. If not, they will go to the emergency room, they will do several tests and the cost will be maximum," concludes Olmedo. The axis of the system demands solutions, presents itself together and is no longer willing to wait any longer.