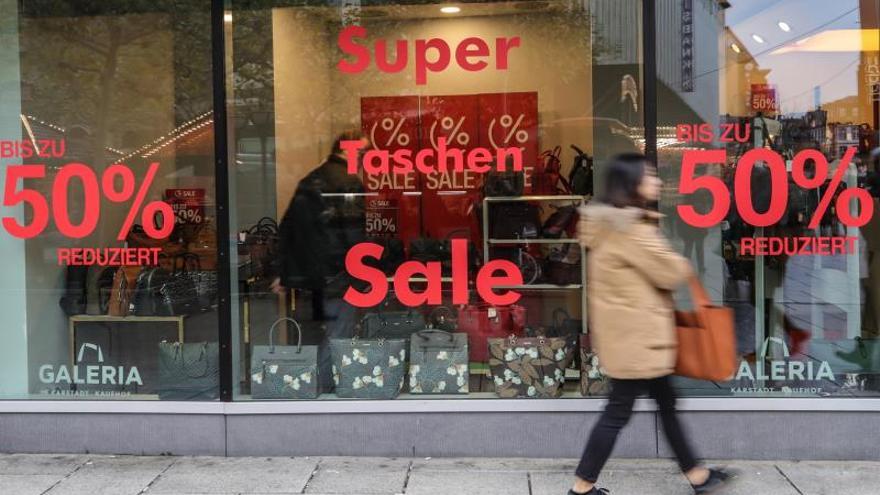 In August, the month in which the covid-19 containment measures continued to be lifted, Eurostat estimates that year-on-year inflation was -0.2%, below the 0.4% in July, according to a preliminary estimate by the statistical office of the European Union.

It is the first time that prices have entered negative territory since 2016. “Those for August are the lowest levels,” argues Gregory Claeys, from the Bruegel think tank: “This seems to settle the debate on the short-term effect of the COVID-19 crisis on inflation in the euro area. In my opinion, a very expansionary policy by the ECB2 is clearly justified.

For its part, core inflation, which excludes the effect of energy and fresh food as they are the most volatile components, stood at 0.6% in August, seven tenths below the 1.3% recorded in July . Eurostat will publish the complete harmonized index of consumer prices (HICP) for the month of August on September 17, reports Efe.

Among the countries whose data were available to Eurostat, the largest price increases occurred in Slovakia (+ 1.5%) and Lithuania (+ 1.2%), while the steepest decreases were in Cyprus (-2.9 %) and Greece (-2.1%). In Spain, the harmonized inflation rate stood at -0.6% in August.

These estimates are based on the standard definition of unemployment from the International Labor Organization used globally, which counts as unemployed people without work who have been actively looking for work in the last four weeks and are available to start work in the next two weeks.

The covid-19 outbreak and the measures implemented to combat it have led to a sharp increase in the number of applications for unemployment benefits across the EU, Eurostat explains.

At the same time, a significant part of those who had registered with unemployment agencies were no longer actively looking for a job or were no longer available for work, for example if they had to take care of their children. This leads to discrepancies in the number of registered unemployed and the calculations as unemployed according to the ILO definition.