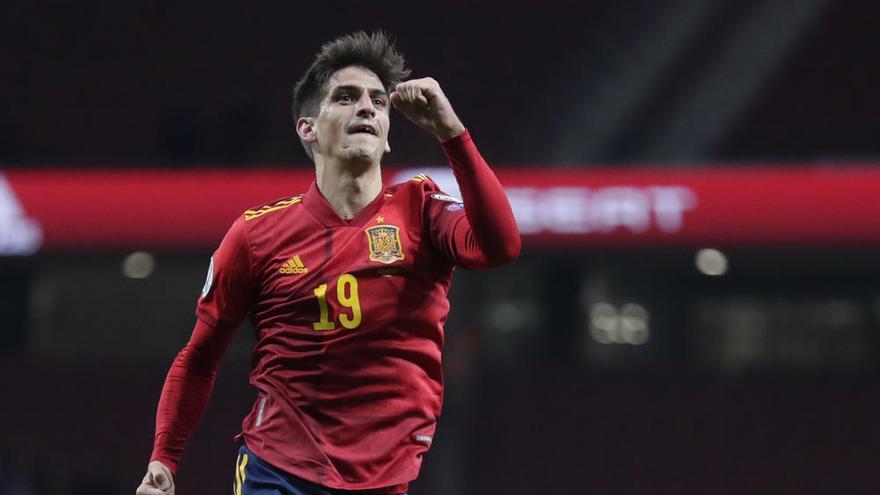 Face Luis Enrique his first major tournament as a national coach, and he does it with white noise in the background. Normal in Spain, where each citizen wears a coach under his skin. Fortunately, the Asturian does not marry anyone and is faithful to his ideas. Rebuilding the most successful generation in history required character. That is why Luis Rubiales chose and waited for the man from Gijón after his personal tragedy.

The 24 chosen for this Eurocup multinational are Lucho's Praetorian Guard. Lots of trials, opportunities for everyone and talent galore on the way to the quintessential continental event. The level is high, very high, with a masterpiece on November 17, 2020 against Germany. The 6-0 to the Germans marks the step to follow.

For the first time on a date, Spain will attend without members of Real Madrid. Sounded in the capital has been the absence of Sergio Ramos, perpetually injured in the final stretch of the course. The goal is another equation to solve.

Trainer: Luis Enrique Martínez. Character, aggressiveness, class and versatility. The Asturian's teams are the spitting image of what he was in his days as a player. Without experience as a national coach, but with a 'Triplete' culé in his record, Rubiales commissioned him to renew the Spanish team after the debacles of 2016 and 2018 against Italy and Russia. Slate and new account at La Roja after a past full of successes.

Figure: Gerard Moreno. Few caps behind him (11) and debut in a great tournament. The year of Catalan, however, places him as one of the leaders of regeneration in Spain. Gerard arrives at the Eurocup at the best moment of his career. Maturity, technique, intensity and goal. Above all goal. The one with Santa Perpètua it is called to be the offensive reference of a combined to which a lack of gunpowder is attributed. The 'groguet' has been Zarra with 23 league goals and has scored another seven in the Europa League, the most important in the final. Gerard has sung five goals with La Roja since his October 2019 debut with Robert Moreno.

Sweden will presumably be Spain's main rival for the group lead. Janne Andersson will not finally have Ibrahimovic, who returned to the national team but decided to absent himself to undergo conservative treatment. Isak and Kulusevski They will be the clear references in the attack, with Forsberg as a link between the center of the field and the forwards. The Leipzig has had a difficult season due to injuries.

Despite the fledgling In the attack, with the exception of the tireless Berg, the hard core of the Scandinavians is made up of footballers with great seniority and experience in European football. Very compact block but one that needs to take a little step in the final stages. The key will be to get the youngest to pull the car and bring freshness and talent, and not to concede against Poland and Slovakia. Their best result in a European Championship was in 1992, as hosts.

Trainer: Janne Anderson. Swedish coach since 2016. He led the Nordics to the quarterfinals at the 2018 World Cup in Russia.

Figure: Alexander Isak. The Real Sociedad forward has completed a great season with 17 goals and will be the reference in the absence of Ibra.

Slovakia, with nothing to lose

Euro 2021 will be Slovakia's second participation in a final phase of the championship. The first was in the last edition, where they passed the group stage as third but were eliminated in the second round by Germany. They arrive after landing in the playoffs to Northern Ireland, and a priori they are the weakest rival in the group, but the quality of the Slovak bloc is not negligible at all.

Yes OK Hamsik is the highest quality footballer and with more ancestry in the selection, the figure of Skriniar is increasingly important. The Inter central defender has been one of the best performing defenders in Europe for several seasons. Lobotka was called to be the big guy, but he hasn't had many minutes this season. Hamsik continues to be the leader, although the lack of competing in the European elite makes his performance against big teams a mystery. The young Bozenik will be in charge of the goal.

Trainer: Stefan Tarkovic. He took over the team a week before the vital play-off game against Northern Ireland in November.

Figure: Marek Hamsik. Player with the most games (120) and the most goals (25) in the history of the national team. Despite being far from the elite, he is the most decisive.

After failing to advance to the group stage in their first two appearances (2008 and 2012 as co-hosts), in 2016 they came very close to reaching the semi-finals. They fell in the penalty shootout against Portugal, and Wales waited in the next round, so it wasn't so utopian to think about a possible ending. In this edition they will have an opportunity to remove that thorn with a good performance.

Of course the main star is Robert Lewandowski. The great moment in form of the Bayern forward invites optimism to the Polish fans, who see how one of the best generations in its history is getting older without doing something great. Piszczek won't be around for the first time in a long time, but Szczesny, Glik, Krychowiak and 'Lewan' will continue to form the backbone of Paulo Sousa's team. Names like Bednarek, Moder, Zielinski or Milik must show the expected performance to repeat, at least, the quarterfinals of the last European Championship.

Trainer: Paulo Sousa. He joined the team in January and has barely had three games to implement his idea of ​​the game in the Polish national team.

Figure: Robert Lewandowski. His numbers and his game in the last two seasons are world star. He arrives in the best form of his career.