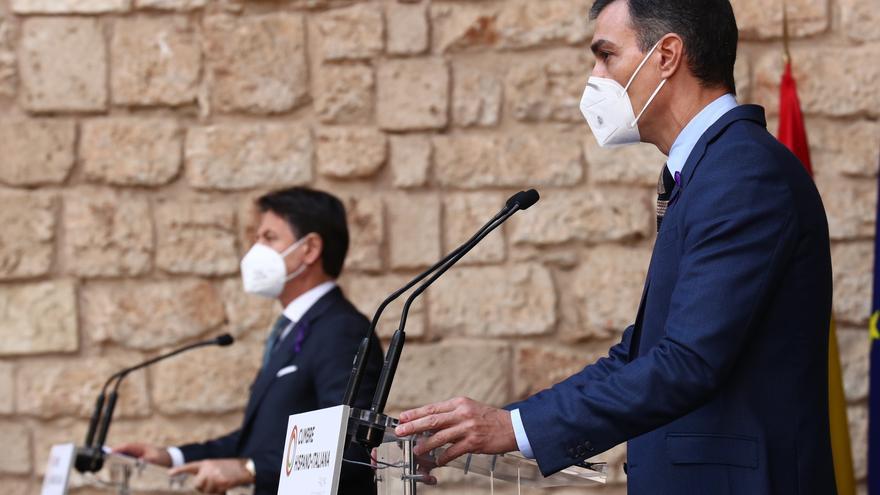 The president of the Community of Madrid, Isabel Díaz Ayuso, has anticipated a new war against the Government of Pedro Sánchez in view of its intention to make modifications in the tax system aimed at greater harmonization between the different communities to avoid what is known as dumping tax that is generated in some territories, such as Madrid, by having subsidized wealth and inheritance taxes or donations. The battle has been unleashed as a result of the pact announced by ERC in the framework of the budget negotiation to create a working group to analyze this issue. The Government maintains that it already intended to carry out a reform in that direction. "If you talk to PP presidents, they will also tell you that we have a fiscal harmonization problem to solve," Sánchez responded about Ayuso's words, who assured that it will become "the worst nightmare of those who want to rob the people of Madrid" .

"It is not consistent with an ideological line of the coalition government, but there are many communities that agree to fiscally harmonize our country to guarantee equal opportunities," Sánchez assured at a press conference in Palma de Mallorca where he appeared together to the Italian Prime Minister, Giuseppe Conte, after the Spanish-Italian summit. The socialist president has been convinced that Ayuso herself will agree with this maxim and has insisted that there are regional presidents of the PP who also defend that there is "a problem to solve of fiscal harmonization". "This fiscal harmonization also has to be produced in certain taxes in our country if we want to guarantee something that I think everyone can agree on, including Mrs. Ayuso, which is equal opportunities," he concluded.

That is one of the workhorses in the framework of regional financing and Sánchez recalled that the group of experts that drew up a series of recommendations at the request of the Government of Mariano Rajoy when addressing the reform of the system, which is one of the pending tasks for years they have already pointed out the deficit that "this lack of fiscal harmonization" implies. He has also ensured that it is one of the challenges within the EU, a few words that the Italian president has seconded.

The controversy has resuscitated after Gabriel Rufián announced yesterday that he had started the Executive's commitment to review the tax system with the aim of "ending tax dumping in Madrid" and "ending the de facto tax haven that the right wing has mounted". The Treasury confirms that "there is an agreement to review the wealth tax and advance tax harmonization." The First Vice President, Carmen Calvo, assured this morning that the Government is "at the beginning of some important decisions that guarantee" to end the fiscal "asymmetry" that generates "disloyalty between the territories."

Calvo has accused the Madrid president of maintaining "positions that are very close to elements that do not help to continue understanding the territorial unity of Spain, with political demonstrations that are sometimes almost worrying." "We will be the guarantors of the constitutional balances that also have to do with the tax pressure," he declared.

On the friction of the coalition: "Experience is the mother of science"

Sánchez has traveled to Palma accompanied by several ministers, including the second vice president, Pablo Iglesias, on the same day that the leader of Unidas Podemos has admitted that there are "differences and internal tensions" in the coalition and has recognized that we must learn from the Italian experience in an interview at La Stampa. "This is the first experience of a coalition government in 80 years in Spanish history," began Sánchez, who has referred to the phrase of Don Quixote that says that "experience is the mother of science." "Also the science of coalition governments," he added. "You have to work with humility to learn and be aware that the main task is to move forward," he continued, before emphasizing that some budgets will be approved "after two years of lockdown." In addition, he stressed that they will come out ahead with a "very broad, plural parliamentary majority" after tie up the investiture partners and maintain the negotiation with Citizens.

Thus, he has recognized that there is an "effort for internal dialogue between two parties in a government that has the objective of moving forward," said the president, who has insisted on the work that the coalition is carrying out. The latest scuffles among the members of the Executive have caused intense unrest in the socialist ranks, although Sánchez and Iglesias have tried to appease him. The last disagreement was due to the composition of the commission that will manage European funds, from which Iglesias was left out. Faced with his complaint, the president decided that the entire Council of Ministers should make the decisions.

"There is no controversy, there are constant adjustments that a government has to make, even a coalition government. And here the important thing was the moon, not the finger, and the moon is the funds that we are going to have," he had Calvo said, before recalling that she did not appear in the initial organization chart either: "There has been no controversy, in principle there were the economic ministries, and then the president has considered that to better coordinate all the transversality of the policies we were all, and in this sense also the second vice presidency, and the first, which was not there either.

Sánchez defends the limitation to six people at Christmas: "It's not a whim"

Sánchez has also spoken out about what could become a new conflict between the Executive and the autonomous communities: the special Christmas plan. He has defended the proposal that the Government intends to make to the autonomous communities in its recommendations for the Christmas plan and that include, among other measures, the limitation to six people who do not live together during the festivities. "It is not a whim," he pointed out.

The president has assured that it is a proposal based on the criteria of health workers and scientists, who consider that it is a number "restrictive enough" to avoid a significant spike in infections. In any case, he has ensured that the plan proposed by the Executive is a draft and that it will "begin to debate" within the Interterritorial Health Council. “We hope to reach an agreement with the communities for such important dates as Christmas,” Sánchez said after the criticism that some communities have already made. The Community of Madrid or Navarra propose that the meetings can be of ten people who do not live together.

"We are at the beginning of the end of the pandemic"

How to approach Christmas is an issue that Sánchez also intends to be dealt with at an international level since they are dates that affect “at the borders” by sharing, for example, Erasmus students or workers living in other countries. That is why he has suggested that in certain matters related to the pandemic "a common response at the European level" must be given. Conte has spoken in similar terms when proposing that there is a “coordinated” response.

Sánchez has assured that with the Christmas plan as well as the vaccination plan that the Council of Ministers this Tuesday begins the third stage of the pandemic. “It will allow us not only to live with the virus but to neutralize the virus. We are at the beginning of the end of this pandemic, on the verge of neutralizing the virus, "he declared.

Tags: answer back, fiscal, harmonization, I help, PP, Presidents, problem, Sanchez, solve, they will say, you