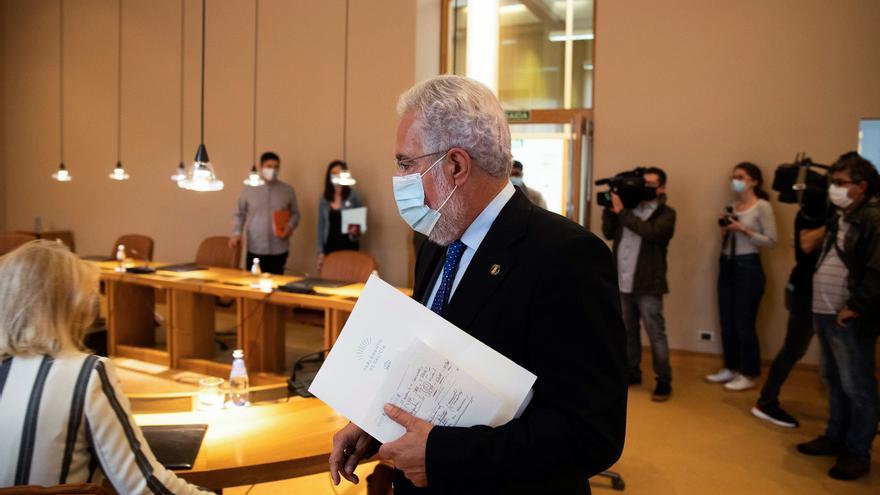 Vitoria, Feb 20 (EFE) .- The presidents of the parliaments of the Basque Country, Navarra, Galicia, the Balearic Islands and the Valencian Corts have signed an opinion article in which they underline the need to adopt more measures to protect languages regional or minority.

The writing coincides with the celebration tomorrow, the 21st, of the International Mother Language Day and in it they remember that languages ​​”have no ideology”, they are “common heritage” and the “most direct expression” of cultural diversity in Spain.

The signatories specify that Unesco values ​​cultural and linguistic diversity as a common good to protect and defends that education based on the mother tongue must start from the first years of schooling.

In this sense, they recognize that they have public responsibilities in autonomous communities with two official languages ​​and with long experience in seeking an increasingly standardized use of both without any discrimination, while granting “special protection to the secularly minority language” .

They recall that public administrations have the obligation to guarantee the right of citizens to use either of the two official languages ​​and also to adopt language policies that ensure their knowledge.

Thus they indicate that the European Parliament has recently supported the citizens’ initiative “Minority SafePack – one million signatures in favor of diversity in Europe” and that it has asked the Member States to adopt the necessary measures for the protection and full respect of the rights of persons belonging to minorities.

“We underline the need to adopt more measures in this area in all administrations”, affirm the presidents of the five chambers who specify that the Conference of Regional Legislative Assemblies of Europe from which they are part approved in 2018 the Declaration of Valencia in which The emphasis was on protecting cultural heritage and linguistic diversity to ensure that regional or minority languages ​​can be passed from one generation to the next.

“For a mother to express her feelings to her daughter in her own language is the most natural thing in the world, although on too many occasions it has not been like that”, affirm these institutional representatives who call that no one in any European region ever feel forced to resign. into their mother tongue.

The signatories of this article are Enric Morera, president of the Valencian Corts; Miguel Santalices, at the head of the Parliament of Galicia; Vicenç Thomas, from the Parliament of the Balearic Islands; Unai Hualde, from Navarra, and Bakartxo Tejeria from the Basque Chamber.