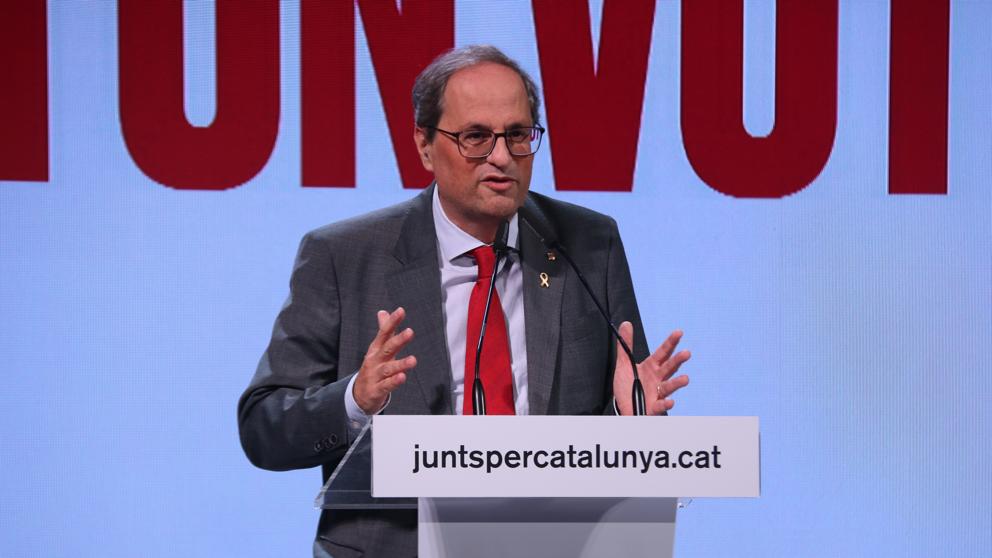 The president of the Generalitat, Quim Torra, "denies"And does not give"no credibility”At information appeared in the media that you are personally linked with CDR detained last September and accused of terrorism. The information from the summary of the investigation of the case, through the statements of the detainees, indicates that the group of independent radicals planned the assault to the Parlament, and the Civil Guard links that operation with the president.

The brief statement notes that Torra asks “to clarify the conditions under which the statements have been made” of the detainees and “demand that their right of defense be preserved”.

It is not the first time that Torra denies the information appearing in the media that links him to the group of detained CDRs. The first time was shortly after the operation of the Civil Guard and information emerged that indicated that lThe CDR used intermediaries to explain their plans to Torra.

Then the summary remained secret, not as now, that has been lifted, but it was found that one of the interrogations provided before the Civil Guard and the judge of the National Court Manuel García Castellón, Torra would have had knowledge of some of the plans of the CDR through third parties. Upon consultation of The vanguardOn that occasion, the Presidency already assured that it did not give "any credibility" to this information and that they would not comment because "they are based on leaks."

The president's position until today has not changed since then. The issuance of the statement comes minutes after the President of the Government, Pedro Sánchez, and Catalan parties have asked him to appear publicly to give explanations.

Once the summary secret has been lifted, the information that emerges continues to point to the president. As this newspaper advances today, one of the detainees, Ferran Jolis in a statement before the police, was the president who commissioned to occupy the Parliament by the CDR. He explained that the task of occupying the Catalan chamber after the ruling of the Supreme Court did not come from the CoR but from a "bourgeois movement."

“They told him that he was coming from the presidency and that the intention was that Quim Torra (with the code name Gandalf) remain locked inside for D-Day. They wanted to guarantee communications for a week and that there was no limit on expenses,” the minutes said. before the armed institute and which appears in the summary of the CDR of the National Court to which it has had access The vanguard.


Should Torra appear in the Parliament in the case of the CDR?