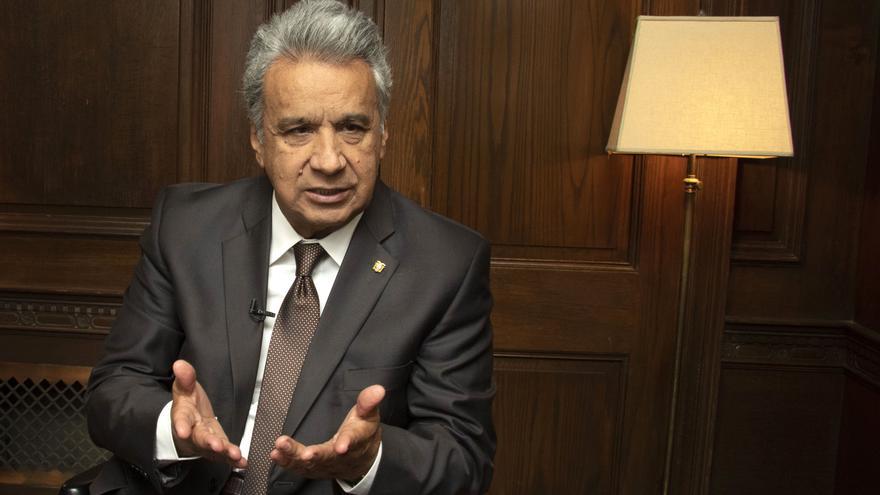 Quito, Jan 23 (EFE) .- The Ecuadorian president, Lenín Moreno, regretted the death this Saturday of the prestigious Japanese violinist based in Quito, Tadashi Maeda, 48, whom he described as a great promoter of national music.

“Ecuadorian art is mourning the death of the virtuoso violinist,” Moreno commented on his Twitter account, and assured that Maeda was “one of the most important and creative musicians living in the country.”

In addition, he insisted that Maeda was a “great teacher and promoter of Ecuadorian music. My embrace of solidarity with his family, friends and colleagues,” added the president.

Tadashi Maeda, who collaborated since 2010 as musical director of the Fundación “Teatro Nacional Sucre” in Quito, died this Saturday, according to the same institution, which did not provide details on the causes of the death of the Japanese violinist.

“We must not forget to love,” the Quito cultural entity paraphrased Maeda when expressing its regret for the death of the concert performer.

“We sympathize with his family and friends at this painful time, especially with Chinatsu Maeda, his partner, and his children, Mina and Bungo, with the certainty that his musical and human legacy lives on in everyone’s hearts,” added the Foundation.

The death of the Japanese violinist has generated a deep sorrow in the artistic field of the country.

“With other shooting stars our Tadashi Maeda goes on a trip. Brother of music, admired, endearing, he leaves us a tear,” wrote singer Margarita Lasso on her Twitter profile.

“Have a good trip, dear Tadashi. I do not forget what you gave me,” added the national music singer, who joined the regret of the country’s artists’ union.

“Sad for the departure of teacher Tadashi Maeda. It is a great loss for our country. Tremendous musician, researcher and friend. My solidarity with his family and friends,” wrote the artistic consultant Ivette Celi.

“We want to express our heartfelt note of regret at the death of the one who was master Tadashi Maeda in life, a great violinist and a lover of culture and especially the music of Ecuador. May he rest in peace master,” said the musical group Papá Monkey.

The Secretary of Culture of the Municipality of Quito also expressed its sadness over the death of the artist of Japanese origin. “Thank you Master for enhancing the art and culture of our country. Peace in your grave,” the entity posted on its social networks.

Born in 1972 in a town near Osaka (Japan), Maeda made his musical career at Indiana University (USA) and, after a stint in Sweden, arrived in Ecuador in 1998, where he finally settled because, according to himself, Ecuadorian music captivated him.

He was appointed as general producer of the “Teatro Sucre” in Quito in 2005 and it was in that year that he recorded his only album “Identidades”.

After returning to Japan for almost five years, he returned to Ecuador to take charge of the artistic direction of the “Fundación Teatro Nacional Sucre”, as reported today in various media.