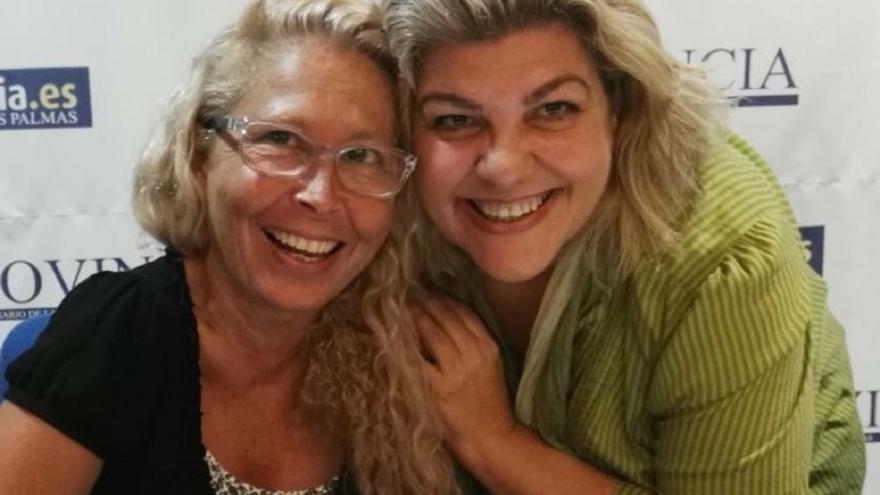 The Casa de Colón hosts the day 6 of April, at 7:30 p.m., the presentation of the book Reading Jane Millares, a work of 36 short stories by Martina Villar and Mayte Martín inspired by 18 works from the artist from Gran Canaria Jane Millares Sall.

The authors of the book, in addition to the editor, participate in the presentation ceremony. Jorge Liria, and the prologues, Laura T. García, specialist in the author, and Míchel Jorge Millares, journalist and son of Jane Millares. Admission is free, with prior registration at http://www.casadecolon.com/actividades.

This activity is included in the cultural program April-Book organized by the Culture Council of the Gran Canaria Cabildo to celebrate Book Day throughout the month.

The book, published by Editorial Mercurio, will go on sale from April 7, both in bookstores and on the Internet. The rights of the authors go to the Pasqual Maragall Alzheimer Foundation.

Reading Jane Millares was born out of admiration and respect for the figure of this artist born in Las Palmas de Gran Canaria in 1928, explains Martina Villar, promoter of this work. In addition, its objective is that the figure of Millares is not forgotten and at the same time to reach literature through painting, he adds. Among the objectives is also to share and transmit “this contagion of art”, and contribute to making a more just and kinder society, says Villar.

The promoter of the idea points out that despite being initially a project of hers, now it is a common project since it has received not only the collaboration of the journalist Mayte Martín with her short stories, but also that of the editor, Jorge Liria, and that of Laura T. García, who, in addition to signing one of the prologues, was the one who facilitated the works of Jane Millares for the selection.

Jane Millares Sall was the first woman in Gran Canaria who dared to exhibit her painting alone in 1955, as well as the only woman who can be considered as a participant in the indigenous artistic movement in the Canary Islands. His painting is fundamentally indigenous, based on the identity signs of the Canarian culture. The 18 works chosen by Martina Villar have the woman as the protagonist, like most of her works.

In this book, the authors of the short stories interpret what each of Millares Sall’s illustrations transmits, so their views are diverse. In short, they give voice to the look of Jane Millares.

Trajectory of the authors of the book

Martina Villar has a degree in Applied Arts, Decoration and Advertising Art, and has written the books Little Red Riding Hoods, Wolves and Pills, Rabbit Street and Open me up and I’ll bite you!, among many others. In addition, he was part of Anthology of one hundred Canarian writersby Chicha Reina.

Likewise, Villar collaborates in writing, reading and comprehension workshops for different ages and institutions, and is the creator of different virtual spaces dedicated to writing and other arts.

For her part, Mayte Martín studied Information Sciences, in the journalism branch, at the Complutense University of Madrid. She has a Private Detective diploma from the same University, and also has a Master’s Degree in Journalism organized by Editorial Prensa Canaria between the universities of Las Palmas de Gran Canaria and the Complutense of Madrid.

Martín is self-employed, an expert in communication cabinets for different public administrations, and has worked in various media, both written press, radio and television. She is also a sociocultural animator, trainer of trainers and cultural manager.