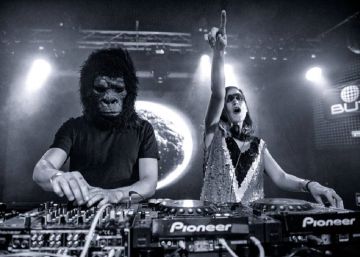 ELYELLA, the musical duo formed by Ella and Mono, opts for the path of experimentation with a symphony orchestra version of Dreamers, his new song, which also give name to his most recent album. The piece takes inspiration from electronic music references such as Jeff Mills, Derrick May, Carl Craig or Pete Tong, and mixes that genre with classical music. Those responsible for that second ingredient are the director and composer Alfonso G. Aguilar, in charge of the film’s soundtrack Klaus (winner of seven awards at the Annie awards Y nominated for best animated film at the Oscars), and the 26 members of the Mad4strings symphony orchestra, which participated in the recording. They are responsible for giving some epic to the song of ELYELLA, who continue on tour throughout the country with upcoming dates in Valencia, Murcia, A Coruña and Granada. We present here the video clip of the orchestral version of Dreamers.

The chronicler of the bad life of Barcelona

Rubén Olmo: “Flamenco has eclipsed the other styles of Spanish dance” | Culture